The Lebanese pound trades at roughly 6,000 to the US dollar on the black market; Lebanese officials take action to try to get the parallel market under 4,000 to the dollar. 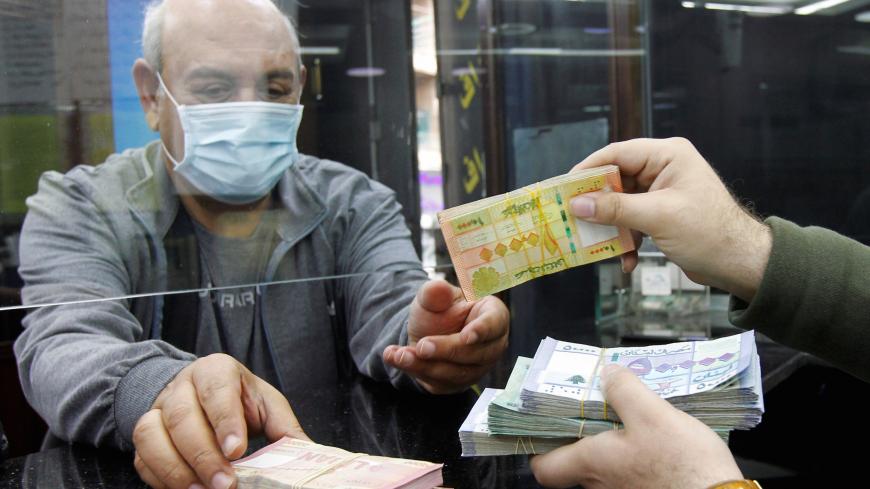 The central bank in Lebanon will inject fresh dollars into the market beginning next week, President Michel Aoun said today after protests reignited over deteriorating living conditions and a collapsing currency.

After an emergency Cabinet meeting, Aoun announced plans for "feeding dollars into the market” to stabilize the fast-depreciating currency.

The Lebanese pound was reported today to have fallen at one point to roughly 6,000 to the US dollar on the black market, compared with last week’s average of 4,100. Since 1997, the Lebanese pound has remained officially pegged at 1,507 to the dollar.

After Aoun’s announcement, Finance Minister Ghazi Wazni said the currency had gained ground and was expected to keep doing so, Reuters reported, citing broadcaster LBCI. The government plans for money changers to sell pounds at 3,940 to the dollar, The Associated Press reported.

The economic downturn — considered Lebanon’s worst since its civil war — was brought on in 2019 by dwindling dollar reserves, a plunge in the currency’s value and a sharp decline in foreign investment. The past few months of coronavirus restrictions have worsened the country’s economic woes.

Nationwide anti-government protests over perceived government corruption, high youth unemployment and a lack of basic services erupted in October and forced the resignation of Prime Minister Saad Hariri. Since then, the pound has lost roughly 70% of its value on the parallel market and protesters say many of the government’s promised reforms have yet to materialize.

On Thursday night, demonstrations erupted in cities across Lebanon. Protesters clashed with security forces in the second-biggest city of Tripoli and set fire to the city’s Central Bank.