Blue and White Knesset members are reportedly pushing for a staged annexation plan that begins with two settlement blocs. 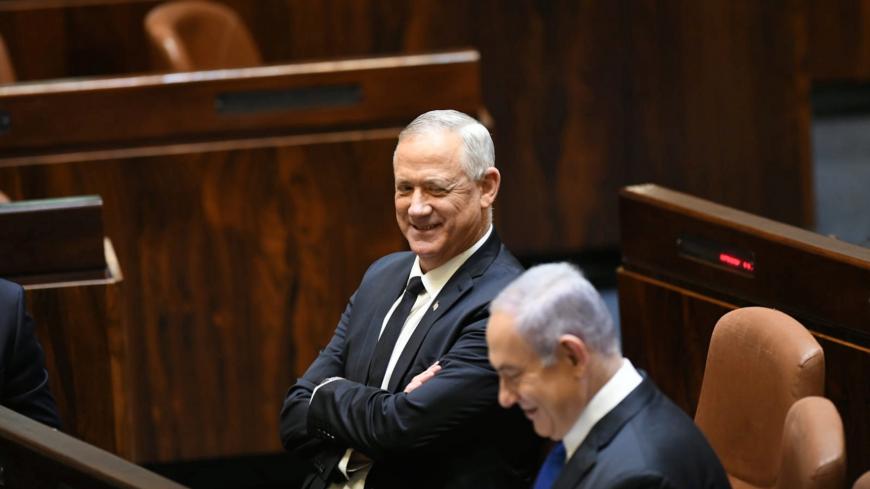 According to June 17 reports in the Israeli press, Blue and White Knesset members are quietly promoting a staged annexation plan. The unnamed parliamentarians are willing to support annexation of the two settlement blocs of Etzion and Ma’ale Adumim. Israeli pundits have estimated over the years that these two settlement blocs, which are both near Jerusalem, would stay under Israel’s sovereignty in any future peace agreement with the Palestinians. The popular assessment is that a majority within the party would now agree to the idea.

There is reportedly disagreement in Blue and White over two other settlement areas: the Jordan Valley and the town of Ariel. Blue and White's leadership might ultimately agree on the annexation of Ariel as well, but annexing the Jordan Valley will not happen. Defense Minister Benny Gantz fears doing irreversible damage to Israel’s security relations with Jordan and fears have escalated after multiple recent warnings from King Abdullah.

Other Blue and White members said today that they will not agree to annexation unless it is part of a comprehensive regional peace plan. Gantz himself has not yet explicitly said where he stands on Prime Minister Benjamin Netanyahu’s annexation plan, but he did reiterate the need for coordination with the Americans and some of the region’s Arab countries. Speaking at a meeting of his Knesset faction on July 17, Gantz said, "Any decision would be made responsibly and in coordination with the Americans." The party denied today reaching any agreement on a limited annexation.

The Donald Trump administration has made clear to Netanyahu it wishes to have Gantz and his party on board with the annexation plan. Netanyahu might opt for limited annexation instead of the full West Bank settlements he pledged in the last election.

Agriculture Minister Alon Schuster of the Blue and White said on July 14 that the government should not unilaterally annex any land. The minister said it was his personal opinion and that he was not aware if his party's leaders agreed. Schuster, like other ministers, has not been privy to the maps being drafted by a joint Israeli-American team to delineate the annexation.