Calls to prayer rile some residents of mixed Israeli town

Some residents of Lod complain that the ubiquitous Muslim calls to prayer are a nuisance, though others say the multicultural city will never silence them. 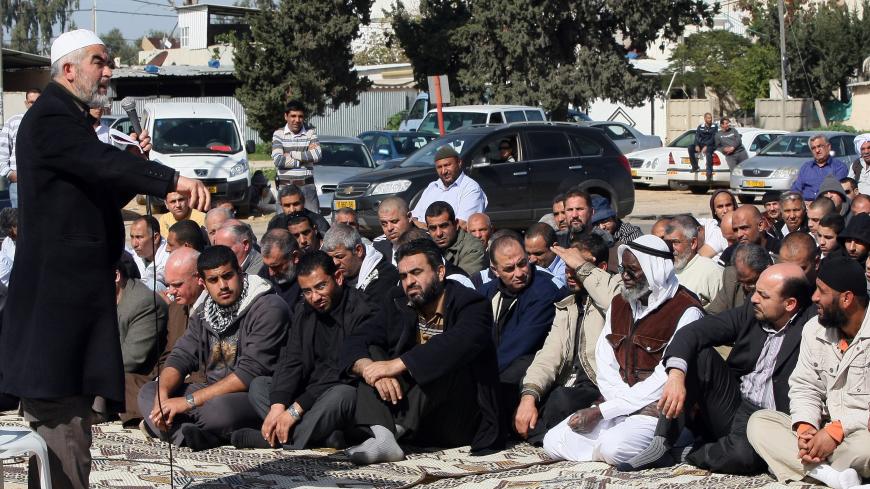 Arab Israeli Sheikh Raed Salah delivers a sermon during a prayer outside a mosque in the Israeli city of Lod, as a protest against house demolitions in the city on Jan. 29, 2010. - JACK GUEZ/AFP via Getty Images

No one visiting the town of Lod at dusk can miss the muezzin’s call to prayer. Though it originates in only certain neighborhoods, it can be heard throughout the entire city.

Lod lies in the center of the country. Some 30% of its population is Muslim. Recent complaints about the muezzin are a sorry reminder of the challenges facing the town. Nevertheless, it is worth recalling that its Muslim and Jewish populations have lived together in a rare state of harmony for several decades.

There is, however, one issue that comes up again and again, causing tensions between the two communities. In fact, it comes up five times a day, when the muezzin calls the faithful to prayer. It might seem innocuous from a distance, but the call to prayer from the mosques raises tensions that threaten the fragile state of coexistence in the city.

Officially, the municipality holds that the call of the muezzin, particularly at high volume and in the early hours of the morning, is a violation of city ordinances. For several months now, the authorities have actually measured the volume and issued warnings to the imams of the local mosques. Now those same authorities are asking the police to enforce the law, claiming that the mosques are disturbing the peace. The municipality also asked the Ministry of Interior to summon one of the imams to a hearing, reasoning that the calls to prayer coming from his mosque are in violation of municipal ordinances, and his salary is paid by the ministry.

In response to these charges, Arab members of the city council, local imams and the People’s Committee of Lod sent a letter demanding that the municipality refrain from intervening in the call of the muezzin. The letter, sent two months ago, was distributed in the mosques and posted to the Al-Omari Mosque’s website. It contends that while Lod Mayor Yair Revivo is complaining publicly that he can’t sleep because of the call to prayer, what really bothers him is that the muezzin represents “our Islamic presence, identity and roots.” The letter goes on to claim that the mayor is motivated by “a group of settlers” who want to “Judaize” Lod.

The imams wrote, “The muezzin’s call to prayer is our faith. We will not agree to make it the subject of any dialogue whatsoever with anyone, regardless of that dialogue’s title or argument.”

They went on to claim that the efforts to stifle the calls were a declaration of “religious war,” and that the Arab leadership and clerics in the city cannot be held responsible if things get out of control. “This war against the muezzin’s call to prayer, being waged by the municipality and the police in Lod, is a religious war in every sense of the term,” the missive states. The letter ended with a call to the residents of Lod to “defend the mosques and protect them from zealots, haters and schemers.”

Yossi Londin, who lives in Lod, tells Al-Monitor that while the muezzin has a certain “Oriental charm,” the volume makes it a nuisance. “My neighborhood is fairly distant from the mosques, but at 4:00 a.m., you can’t ignore it, especially on Muslim holidays. It can last as long as an hour. It is very disturbing to thousands of residents.”

City council member Mohammed Abu Shriqi rejects these arguments. “I don’t hear them complaining about the noise made by the train, or the noise from jets coming in for a landing right above us." The city is next to Ben Gurion Airport. "The call to prayer lasts for less than a minute. So what if it is at 4:00 a.m.? We don’t describe it as noise. To us it is a religious call.” Abu Shriqi also insists that despite all claims to the contrary, the calls are not violating the law, since the volume does not exceed the 20-decibel limit set by the Ministry of Environmental Affairs.

On the other hand, Londin is convinced that there is a deeper national component to the issue beyond an innocent desire to maintain a time-honored tradition. “I know that the volume is lower in Muslim cities across Israel, so as not to disturb the people living there.” He went on, “I believe that there is a desire among certain factors to make it clear who is really in charge.”

Abu Shriqi made a similar argument, but from the other direction: “Everyone complaining about the noise is part of a religious Jewish group that came to settle in the Arab neighborhoods. They are now looking for some provocation or other. They knew that they were moving into a mixed city, and now they are whining about it. We welcome every neighbor, but this extreme nationalist group came here to drive a wedge between the Jews and Arabs of Lod, who had a very good relationship until now.”

Lod is an intriguing place, an example of how coexistence can work between two ostensibly rival populations. The majority of the city’s Jewish population identifies with the Israeli right. The mayor is a member of the Likud Party. His coalition with HaBayit HaYehudi and the Lod Beitenu party (aligned with Avigdor Liberman) holds a majority of seats in city council. However, when Revivo first became mayor two years ago, he brought the largest Arab party, Al-Nidah al-Araby al-Lidawiya wa-al-Nadhada, into a wide Jewish-Arab coalition.

Londin insists that the whole debate has not created any tangible tension in the city. “Coexistence here is very strong. The residents of Lod, Jewish and Arab alike, live together here. The Arabs of Lod and the Jews of Lod are known for their desire to live together in peace.”

Abu Shriqi agrees. He says that coexistence in the city is much stronger than any issues surrounding the call to prayer. “Lod has a longstanding mindset rooted in coexistence. Everyone works together. Relations are very neighborly. There are business partnerships and genuine friendships. There may be efforts to cause trouble, instigated by all sorts of groups within the city, but in the end, we are stronger than that.”