Will the Knesset silence call to prayer?

Israeli legislators are advancing a bill to ban calls to prayer at mosques via loudspeakers. 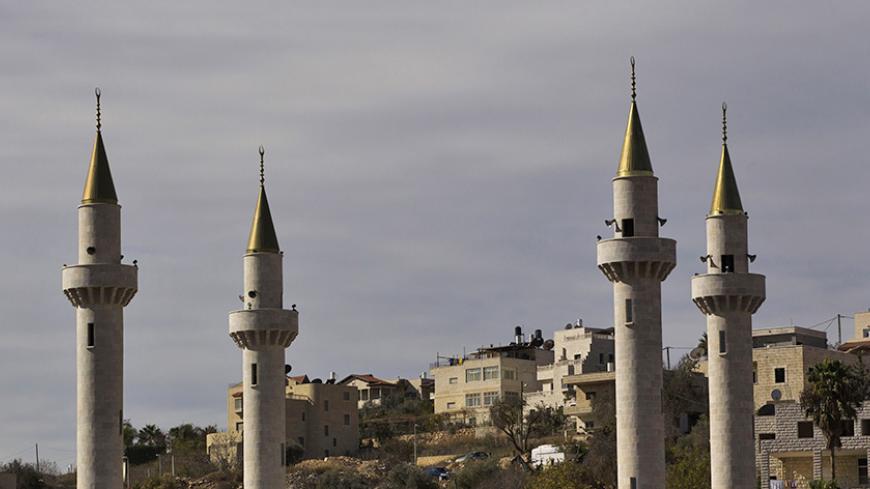 The four minarets of a new mosque are seen in the Israeli-Arab village of Abu Ghosh, near Jerusalem, Nov. 22, 2013. - REUTERS/Ronen Zvulun

On Nov. 13, the Knesset's Ministerial Committee on Legislation will debate a proposed bill banning muezzins from using public address (PA) systems, that is, loudspeakers, to call the faithful to prayers. The legislation was proposed by Knesset member Moti Yogev of HaBayit HaYehudi and co-sponsored by Merav Ben-Ari of Kulanu and Miki Zohar and Nurit Koren, both from Likud.

Anastassia Michaeli of Yisrael Beitenu had proposed a similar bill five years ago. At the time, she claimed that the law was not directed at Muslims, but was simply intended to preserve the quality of life of Jews living near mosques and therefore disturbed by muezzins’ early morning calls to prayer.

“We’re talking about a ‘green’ law, not a black one. … This is an environmental issue of the first order,” she said. When it transpired that her proposal would not muster a majority, she withdrew it, but her party did not give up. Another Yisrael Beitenu lawmaker, Robert Ilatov, tried to revive it in 2014, but he, too, failed to push it through.

In November 2015, Yogev and other lawmakers tabled a new version of the proposed bill. Yogev argued that the bill was designed to prevent daily noise pollution, but he also raised another issue. He claimed, “Freedom of religion should not be harmful to quality of life nor used to convey religious or nationalist messages, and sometimes even words of incitement.” To Arab Knesset members, however, the proposal has clear nationalist overtones and is designed to target Muslims.

The Yogev bill was brought up for discussion in March 2016 at the Ministerial Committee on Legislation, but debate was postponed on it due to an absence of supporters. It is now up for debate again after being revised. The new version is not significantly different from the original one, and the references to nationalist messages and incitement have not been removed. Given the composition of Israel's governing coalition, many Arab citizens are worried that the bill will ultimately be approved by the Knesset.

When the bill was initially tabled in 2011, the Knesset Research and Information Center prepared an in-depth report on the issue, including comparisons with mosques in various parts of the Arab world and in Western states. Its authors explained that the use of loudspeakers had begun at the start of modern times as a result of trends in urbanization, industrialization and technological advances. In the past, villages were small enough that the muezzin’s voice could be heard unaided. When villages became towns, muezzins were forced to revert to PA systems to call worshippers to prayer.

The authors of the report recommended dialogue to resolve the problem. “In some places, like [the mixed Arab-Jewish towns of] Jerusalem, Lod, Ramla and Jaffa, due to the sensitivity of the issue, local authorities preferred to handle it through quiet talks with the muezzins and local Arab leaders,” the authors wrote. “The dialogue often resulted in solutions such as turning down the volume of the loudspeakers or, in the case of Jaffa, an agreement to install a central wireless system connecting all the mosques to one uniform call aired at the same time and at the same sound level.” Yogev’s proposed bill makes no mention of these recommendations.

The Israel Democracy Institute also compiled a position paper on the issue, in which Mordechai Kremnitzer, Amir Fuchs and Eli Bahar warned that although the legislation refers to a “house of prayer,” in general, it clearly targets only Muslims. They warned that in addition to violating freedom of religion, the law could prompt bitterness and disputes within Israel’s Muslim community.

Khalil al-Baz has served as the muezzin of a mosque in the Bedouin town of Tel Sheva, in the southern Negev, for more than three decades. When Al-Monitor approached him to talk about the proposed bill, he said that he was in Germany attending an event for clerics from around the world to discuss religious tolerance. In a telephone interview with Al-Monitor, Baz said he makes sure to lower the volume of the loudspeakers during the early morning, as do all the muezzins in mosques that are near the homes of Jews. Baz believes Yogev is not motivated by concern for quality of life but by other factors.

“This is a miserable and offensive proposal,” he said. “The state is moving to the right, and there’s no tolerance of others any more, especially on the part of radical right-wingers like Moti Yogev, whose views we know.” Baz added that as a cleric living in Israel, he feels he is part of the state. His daughter volunteered for two years of national service. In addition, he said, “My son is also currently doing national service.” His wife, Sanaa, was chosen to light a torch in 2008 at Independence Day celebrations on Jerusalem’s Mount Herzl in recognition of her work in establishing a day care center for Bedouin children in the Negev.

Baz rejects out of hand the charge that messages of incitement are broadcast in the mosques. “My wife and I are soon going to visit the Birkenau Nazi extermination camp. I was the first Israeli Bedouin to visit the extermination camps at Auschwitz and Birkenau, and I cried there. When I came back, I started giving lectures at my mosque about the Holocaust. People asked me, ‘What did you see there? Were Jews really burned to death there, or is this Jewish propaganda?’ I told them that I will never forget what I saw there, and that such a thing must never recur. So now they’re trying to shut me up, to turn me into an inciter?”

I asked Baz whether he would comply with the law if it is approved by the Knesset. “I won’t be able to,” he responded. “Moti Yogev himself says that the Jewish religious law takes precedence over the laws of the state. I, too, am a religious man. I will go to the mosque and make my voice heard. If they want to arrest me and send me to jail, let them. It will be horrible if this will be the image of Israel in the world, but I suggest that the bill’s sponsors listen and learn from President Reuven Rivlin, who said that we were not ‘sentenced’ to live in this state [together], we were destined to live together.”