The year 2020 was the bloodiest year in the history of Israel’s Arab society, with 112 murdered, 16 of them in December alone. 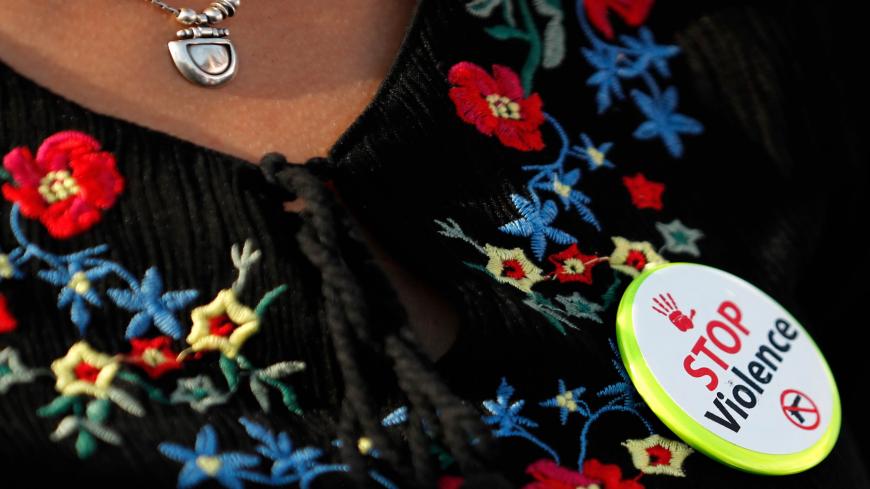 Israeli Arabs take part in a demonstration against violence, organized crime and recent killings among their communities, outside the prime minister's office in Jerusalem, Oct. 10, 2019. - Ahmad Gharabli/AFP via Getty Images

Omar Abu Salok, 15, of Lod, is dead, and another young man is in critical condition after a disturbing drive-by shooting on Israel’s Route 6. It was yet another episode in the endless cycle of crime and violence eating away at the country’s Arab population. This time, the incident took place in broad daylight, under the watchful eye of the law. The target was a convoy of vehicles carrying the Abu Salok family from its home in Lod to the town of Kafr Kassem. Everyone knew that they were fleeing for their lives, so three police cars accompanied them, ostensibly to provide a modicum of protection. It was not enough. As they drove along the highway, another vehicle sped up, pressed itself against the column of cars and opened fire.

The shooting occurred just a few hours after the media reported that the bullet-riddled body of Salman Azbarga, a man in his mid-50s, had been found in his car in the Lod industrial zone. The longstanding vendetta between the city’s Abu Salok and Azbarga families escalated quickly. Within just a few hours, riots broke out in the city.

There can be no doubt that the feud between the two warring families had reached a dangerous new level. But what are the implications of this hit occurring while the targets were supposedly under police protection? What does it say about the police? It seems to imply that they are no longer able to act as a deterrent when dealing with the Arab public’s crime families.

According to Aman: The Arab Center Combating Violence, 2020 was the bloodiest year in the history of Israel’s Arab society. As of Dec. 30, 95 men and 17 women had been murdered, 16 of them in December alone. The center’s director, Attorney Reda Jaber, told Al-Monitor, “Violence and crime are universal phenomena. Every society deals with them at some level or another. Nevertheless, among Israel’s Arab public, the phenomenon has several distinct characteristics: There has been a dramatic increase in the number of victims and an expansion of criminal activity in Arab society, coupled with inaction by state authorities that seem to be standing there, twiddling their thumbs, as they watch it all unfold. What is happening now is more than just the government’s failure to address a specific problem. It is the direct consequence of the state’s attitude toward the Arab citizens as a distinct group and their marginalization in the country. Official government policy has validated the sector’s second-class status in all matters pertaining to education, welfare, employment and, first and foremost, personal safety. The absence of adequate law enforcement authorities and policies to address poverty and at-risk youth has resulted in favorable conditions for a criminal element to assert itself gradually over the rest of the Arab population.”

When asked what to do about this longstanding fiasco by the government and law enforcement, Jaber said, “We need to work in several concentric circles. The first circle involves changing the paradigm of policing in Arab society. We must move away from ‘classic policing’ to the kind of law enforcement that is capable of dealing with the strength and sophistication of the criminal element in Arab society. This includes eliminating the criminal economy and its foundations. The second circle would be an enormous investment in both formal and informal education and youth employment, and finding solutions to the problems of land and housing. From a social perspective, we also need to reorganize Arab society on all levels, from the neighborhood to the town at large, because a well-organized society is a strong society.”

Among the Arab public, one of the most prevalent concerns about the crisis is that “as long as Arabs are killing other Arabs,” state authorities will be in no rush to deal with crime and violence, even if it is quickly becoming synonymous with Arab society at large. As proof of this, they cite the fact that the authorities have dealt successfully with organized crime in Jewish towns like Netanya, Rishon LeTzion, Bat Yam, and so on, all of which once featured at the top of the list of Israel’s “crime capitals.” This raises the inevitable question: If, in the past, the country was successful in its war on crime and violence in the Jewish sector, what’s stopping it from repeating that success in the Arab sector?

This claim received a boost from unexpected quarters, in the person of Lod’s mayor. Lod is a mixed Jewish-Arab city, with a Jewish mayor — Yair Revivo — affiliated with the right. Expressing his despair after the Route 6 incident, Revivo told Radio 103FM, “The country is not waking up to the problem. When an Arab kills another Arab, we let it slide.” He went on to criticize government policy: “The state isn’t doing anything because it doesn’t feel like this is an existential threat. But saying, ‘Let them kill each other’ is a terrible mistake. Their weapons can be turned against the state. The police no longer counts. When dealing with the problem of Arab crime in Israel, we need to involve the Shin Bet. It is, after all, a strategic problem.”

In a conversation later with Al-Monitor, he added, “As you can see, I am the only Jew who addresses the problem the right way, like I did in the radio interview. I also sent a letter to Prime Minister Benjamin Netanyahu after the wave of arson attacks in Lod last week.” In a meeting with the prime minister on Zoom this week to discuss crime in Lod, he called on Netanyahu to pay an urgent visit to the city.

While all of this was going on, Chairman of the Arab Joint List Ayman Odeh announced to the Knesset that he intends to sue the minister of defense and the chief of staff, charging them with ultimate responsibility for the phenomenon of smuggling of 400 Israel Defense Forces guns to Arab civilians over the last few years. These weapons, he claimed were intended to kill Arab citizens. In reference to the shooting on Route 6, Odeh told Al-Monitor, “There is a direct line between the failings [of policing] of the past few decades and the shocking murder of 15-year-old Omar Abu Salok. The number of Arab casualties breaks new records year after year. The fact that the boy was killed while he was under police protection only underscores how deeply the police and government have neglected the Arab community in its struggle against organized crime.” 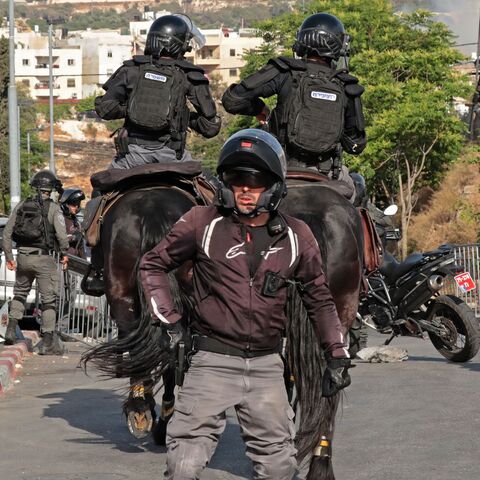