The establishment of a special police undercover unit targeting crime in the Arab society comes on the backdrop of increasing calls to involve the Shin Bet in this yearslong battle. 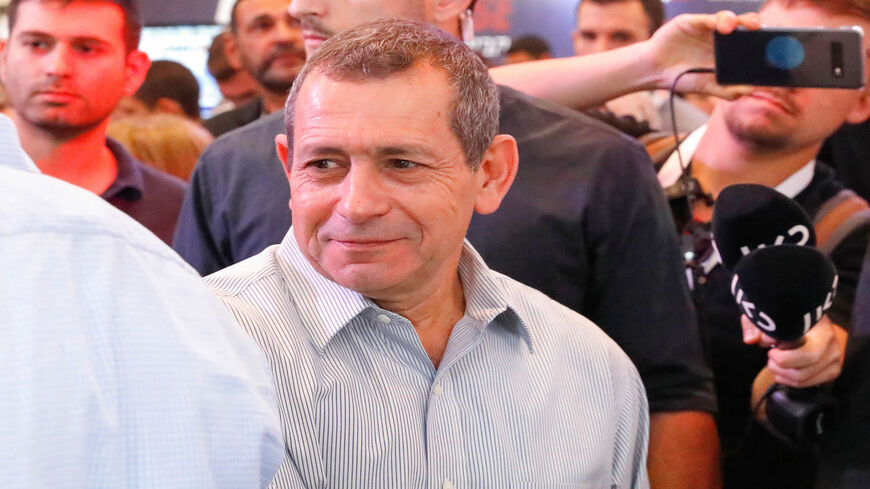 For the first time ever, the Israeli Police announced Aug. 31 that it has created an undercover unit to combat the growing wave of crime and violence in the Arab society. The unit, known as “Sinai,” was launched in the presence of the Commissioner of Police Kobi Shabtai. Its 45 members will focus exclusively on those groups and individuals responsible for organized crime in the Arab society. In other words, contrary to anti-terror undercover units usually operating in the West Bank, this undercover unit will operate against Israel’s Arab citizens, who are not involved in terrorism.

At the ceremony marking the launch of the new unit, Shabtai said, “We will restore a sense of security to Arab towns and villages. Many different government agencies, local authorities and ministries will need to take part in this effort. We are in regular contact with each of them. If we work together, we will succeed.”

The creation of this unit comes against the background of a particularly bloody weekend for Israel in general and the Arab sector in particular. This included three murders in a single day, and five murders since Saturday. Illegal weapons and wanton violence have become synonymous with the Arab society over the last few years. The Abraham Initiatives advocacy group reported that since the start of 2021, 78 Arab civilians have been murdered in a growing tide of violence.

Given the swell in violence and murder in the Arab society and the failure of the police to quash the phenomenon, some people have called on the authorities to involve the Shin Bet. They point out that the murder rate has been rising from year to year, and the Shin Bet has the technology and tools to help the police combat crime.

On Aug. 29, the heads of the local Arab authorities held a discussion with State Attorney General Avichai Mandelblit, asking him to involve the Shin Bet. As they see it, there is no other solution to the problem. They now hope that results will be forthcoming, especially given the strain on the police. In fact, the police have lost the trust of the Israeli-Arab public, and are therefore unable to serve as a deterrent.

This conclusion came just weeks after the launch of the Sayif Division to deal with crime in Arab towns and villages. The attorney general responded that he was personally opposed to the idea, and warned that the intervention of the Shin Bet would open a Pandora’s box, leading to “things you have never seen before in the Arab sector.”

It is worth noting that this is not the first time that a request has been made to bring in the Shin Bet, despite all that this could entail. For one, the Shin Bet is heavily involved in dealing with the civilian population in the West Bank and the Gaza Strip, and not necessarily for activities of a criminal nature. What this new call by Arab leaders indicates is how increasingly desperate some of them are to find a solution to the problem.

Early this year, the Abraham Initiatives called on the government to “charge the Shin Bet with helping to rein in organized crime in Arab settlements, in coordination and with the backing of Arab leadership, through a special, time-limited agreement.” They withdrew their call 48 hours later, in the wake of sharp criticism: “After reassessing its position, this organization believes that the proposal is a mistake, since it grants legitimacy to the Shin Bet, a defense and security organization, to operate within the Arab sector.”

In a conversation with Al-Monitor, Thabet Abu Rass, co-chair of the Abraham Initiatives, said that the original proposal was to use the tools available to the Shin Bet and not necessarily to activate Shin Bet agents themselves in Arab towns and villages. With reference to the current situation, he said, “August 2021 will be remembered as the bloodiest month in Israeli society since the founding of the state. The government must use all means available to rein in crime in the Arab sector. Murder and the use of firearms have reached a scale that require the state to invest all its efforts in fighting crime. The country has an opportunity to learn from the success stories of its past and to try now to implement what it learned in the Arab society.”

Also supporting the involvement of the Shin Bet in the war against crime in the Arab sector is none other than Prime Minister Naftali Bennett. The police also believes that it is necessary to involve the Shin Bet, if only because of its assessment that illegal firearms circulating in the Arab sector will eventually be used in nationalist clashes in the future. This did in fact happen last May in skirmishes that took place in mixed Arab-Jewish cities. In contrast, Shin Bet Director Nadav Argaman opposes the move. That is why the government and law enforcement plan to discuss the issue with the incoming head of the Shin Bet — expected to be nominated by the end of this week — who is expected to take over from Argaman in October.

Opinions about the move are similarly split within Arab society itself. On the one hand, there are those who support the move, claiming that there is no alternative. They believe that crime in the Arab sector has become a national threat of sorts, and that it is time to start thinking outside the box, when dealing with it.

In contrast, there are those concerned about the implications of such a move. Attorney Reda Jaber, director of Aman: The Arab Center for a Secure Society, expressed his reservations to Al-Monitor, saying, “A national minority — whose relationship with the state representing the majority — would never agree or demand that the majority’s intelligence services operate within that minority. This is especially true of the Shin Bet. Activating them in the Arab society would be disastrous. Introducing the Shin Bet into the Arab society means determining that the Arab community as a whole poses a security threat. This would lead to infringements of their rights and freedoms, and turn their citizenship into collateral for certain security approaches, while eliminating certain rights, which Arabs currently enjoy. The boundaries of civic rights should be sharp and clear, even when combatting crime. Crossing that boundary would be irreversible.”

This may sum up the problematic nature of the effort from the perspective of Arab citizens, caught between a rock and a hard place. On the one hand, Arab Israelis want to fight against crime at home, especially now that it is spinning out of control. On the other hand, those same citizens see the involvement of the Shin Bet as devolving into a genuine threat to Arab civil rights in the country.