Tired of rising violence and police helplessness, the municipality of Umm al-Fahm presents its own plan to combat crime and decrease social tensions. 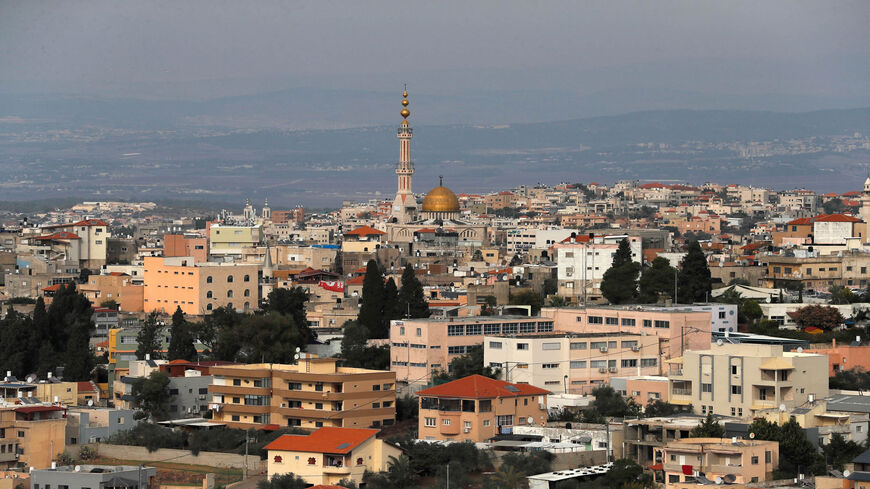 This picture shows a general view of the Arab city of Umm al-Fahm, Israel, Dec. 3, 2021. - Ahmad Gharabli/AFP via Getty Images

The numbers are astounding. In 2021, 106 Arab Israeli citizens were murdered, compared to only 38 Jewish citizens. Arabs in Israel constitute 20% of the population, so the relative rate of murders in the Arab community in Israel is 15 times greater than in the Jewish community. Another very significant difference is the rate of solved murders. In the Jewish community the police succeed in solving 66% of murder cases compared to only 24% in the Arab community.

The plague of violence and murders in the Arab community stems from several factors, including poverty, the availability of weapons, a limited capacity for enforcement and policing, socio-economic gaps and unavailability of credit lines that has led to loans on the black market among criminal organizations.

The previous government prepared a directors’ report that examined the problem and suggested in-depth solutions. These were the basis for the current government’s decision to allocate 2.4 billion Israeli shekels ($760 million) for five years to a comprehensive plan to address the problem.

This budgeted plan is not only about more police officers and detectives, it includes legislative amendments that increase punishment for weapons possession and various violence offenses, as well as to allow the police to enter homes to conduct searches without a warrant in emergency situations, such as immediately following a murder, to increase its ability to gather evidence. Another important clause is the economic battle against criminal organizations by means of the tax authority, the capital market authority, and so on.

An important, vital aspect of the plan is strengthening local authorities’ governance and their ability to confront criminality. Among other things, there will be a close surveillance of local authority bids to ensure that criminal organizations don’t take them over, as happens now.

In this framework, the Arab city of Umm al-Fahm presented Jan. 17 its own targeted emergency plan. One that is integrated and coordinated with the national plan to decrease the scope of crime and violence in the city and to bolster the personal security of its residents. The plan includes a doubling of municipal police forces and the stationing of cameras throughout the city. Mayor  Samir Mahameed said that the plan is also meant to address the deeper problems that lead to violence, in the realms of welfare, education and infrastructure.

Last year, the scope of violence in Umm al-Fahm reached a peak and took the life of 11 people. One of the factors was blood feuds, and the plan that Mahameed presented includes the establishment of a reconciliation commission that will act to mediate conflicts between residents.

Head of the Arab Joint List Ayman Odeh agreed that the blood feuds are a source of much violence in Arab towns and villages. Still, he thinks the plan of Umm al-Fahm is directed only toward the long-term and does not solve the immediate problem. “The plan does not give an immediate answer to the residents and does not prevent the next murder. It does not address the collection of illegal weapons in the city, and the issue of illegal weapons is the most burning issue in the Arab community because these are the murder weapons,” he said.

Deputy Public Security Minister Yoav Segalovitz is the government’s point man on this issue. In fact, after the establishment of the new government, he was named the czar of the national five-year plan and is supposed to connect and manage the cooperation of the police with other groups in implementing it. Participating in the presentation of the Umm al-Fahm plan, Segalovitz said that the law enforcement establishment seeks to treat the “general engine” of criminal organizations. “The criminals and the organizations must understand that the rules have changed, that the state is now close on their tail,” he noted.

The government has placed much importance on the success of this battle. Director of the Public Security Ministry Tomer Lotan told Al-Monitor that the entire current term of the government will be judged by its ability to address the problem of crime and violence in the Arab community. “Violence in the Arab community is our test and we must create a revolution in the field already within the year,” he said.

How can this be done? Lotan defines it as a “perfect storm” in which all the mechanisms that deal with the issue — including welfare, education, general law enforcement authorities, the police, local authorities and all the rest — act in tandem. “The entire law enforcement establishment is moving from a defensive position to an active offense toward all the points and perpetrators of violence,” he said.

Thus, for instance, in recent months the police and general law enforcement authorities have seized hundreds of expensive cars from the chiefs of the criminal organizations and impounded millions of shekels from their bank accounts, on account of tax debts to the state and local authorities, failure to report to the income tax and social security administrations, failure to pay fines and other financial crimes.

In order for all these measures to bear fruits, relations between the local population and the police must change. Lotan notes that after years of neglect, Arab citizens no longer trust authorities to protect them. Thus, police are confronted with lack of cooperation in criminal investigations. He noted, “They say, ‘We don’t trust you right now.  Prove that you’re serious and are trying, and then we’ll see.’ We want to solve more crimes but there’s a problem. Ten minutes after a murder the police arrive, but the neighbor already cleaned up the bullet casings, the witnesses won’t talk or cooperate. On the one hand I understand them — they say, ‘Why should I get involved with criminal organizations and get in front?’ On the other hand, of course this hurts the capacity of the police. This is a very frustrating circle.” What to do? Lotan concluded, “In order to succeed we have to rebuild trust with the Arab community.”