Will Israel learn from its past leaders when it comes to annexation?

The July 1 deadline is too short a period for a learning curve and Israel’s leaders will wait until the last minute to decide whether to go for a small or large annexation — or none. 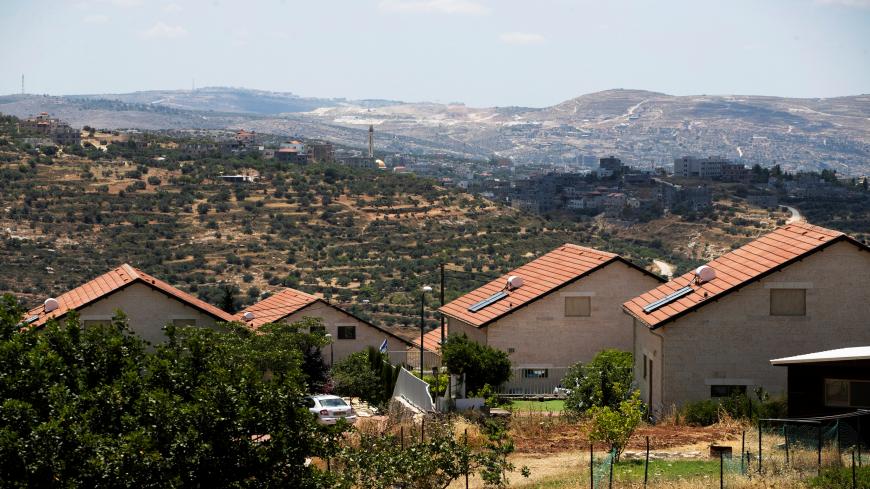 Houses are seen in the Jewish settlement of Itamar, near Nablus, West Bank, June 15, 2020. - REUTERS/Ronen Zvulun

As Israeli Prime Minister Benjamin Netanyahu's proposed date for annexing parts of the West Bank quickly approaches, there has been talk of Israeli leaders trying to meet with Jordanian officials to discuss moving forward with any decision. Yet increasing evidence indicates Amman may reject any negotiations — whether the planned annexation is big or small.

Over the years, Israeli officials have noted that what they see when they are in power is much different than what they expected when they were in the opposition. To many, this explained Menachem Begin's agreement to make peace with Egypt and give up the Sinai Peninsula, and it was also used to explain Ariel Sharon’s reversal on his position on Gaza settlements — which he had earlier said are the same as Tel Aviv, only to agree later to dismantle them and withdraw from the Gaza Strip.

Many proponents to the unilateral Israeli annexation are hoping that this would happen to the duo former chiefs of staff who are now respectively Defense Minister Benny Gantz and Foreign Minister Gabi Ashkenazi. People are perplexed on how best to accelerate the learning curve for them, especially for Ashkenazi who has been asked to lead the research by the Blue and White party in regard to the high cost of annexation.

The July 1 deadline set most likely in order to ensure that Israel can benefit from the presence of US President Donald Trump in the White House is proving to be way too short for this learning curve. Some have suggested that Ashkenazi, with or without Gantz, should visit the Jordanian capital and meet with King Abdullah and his team.

So far, according to the June 15 edition of the Saudi online news site Elaph, the request by the Blue and White party for an audience with the king has not been responded to. Jordanian sources told Al-Monitor that Jordan is unwilling to give indirect legitimacy to any annexation whether large or small.

Israeli media chatter has suggested that to avoid Jordanian anger, the annexation will begin with a small phase of some of the highly populated settlements that are stradling the old Green Line separating Israel from the 1967 occupied territories.

Jordan’s King Abdullah slammed that idea in his discussion with members of the US Congress. In a video conference call June 16 with a bipartisan group of members of Congress, the king warned that “any unilateral Israeli measure to annex lands in the West Bank is unacceptable and undermines the prospects of achieving peace and stability in the region.” The emphasis here was on “any” in order to cut off the Israeli possibility of thinking that they can get away with a smaller annexation.

Accepting the invitation shortly before the possibility of Israel deciding on annexation would be politically harmful to Jordan and would give an indirect indication of collusion, which Jordan doesn’t want to give. Al-Monitor has learned that in private meetings with journalists, Jordan’s Foreign Minister Ayman Safadi insisted that the kingdom has done everything it can to send a clear and unambiguous message of rejecting annexation in any form and on any land. A source in Israel told Al-Monitor that this is exactly the same message that Israel had received through a confidential channel it has with Amman.

With the idea of either large or small annexation being rejected by Jordan and most of the world, the Israelis appear to be searching for some kind of a reward to help Netanyahu climb down the tree that he had climbed, or the prime minister might choose to flip over the table and either go for broke and carry out the annexation or call for new elections. Polls show that his opponent’s party has receded in popularity while Netanyahu’s Likud continues to garner high polling percentage.

Daniel Kurtzer, former US ambassador to Cairo, Tel Aviv and Damascus and now a professor at Princeton University, wrote in the June 15 edition of the Cairo review, “Even if annexation does not take place, it will be imperative to avoid a sigh of relief and instead to resume the hard work against occupation and for the two-state solution.”

As has been the case in the past, it seems that the Israeli political establishment will not make a final decision until the very last moment. So far, Netanyahu appears to be holding all the cards very close to his chest and not even revealing the extent of the annexation, and even whether he will go through with it or not until the very last second, in the hope that he can extract the largest price in return for a delay or a retraction.

The move by Jordan to shut down the possibility of a smaller annexation will frustrate the argument of the Blue and White party, which wants any kind of a compromise that will be accepted — even grudgingly — by Arab neighbors and of course by Washington. The way things are moving show that such a compromise is unlikely and we will be faced with a last-minute decision — either the big annexation or none.