The Iraqi government's decision to reduce government employees’ salaries has caused a major uproar among the political forces. 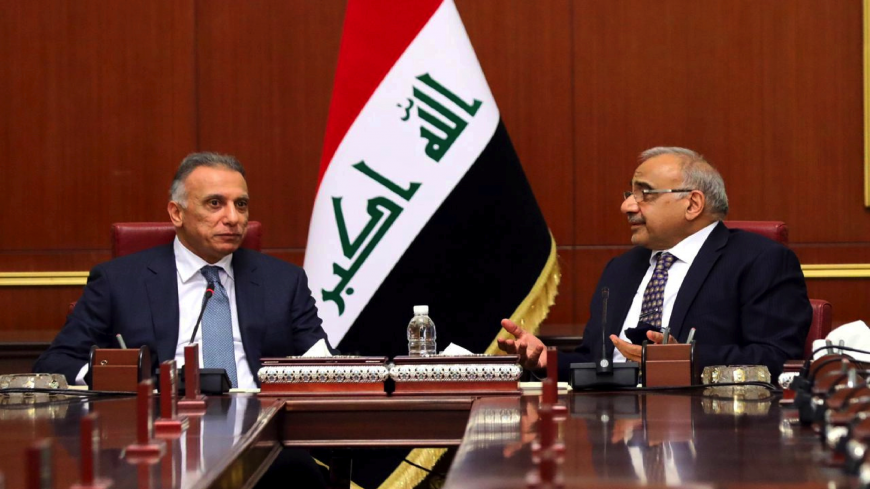 The government of Iraqi Prime Minister Mustafa al-Kadhimi is seeking to reopen the “social justice” issue regarding state spending on salaries. This means abolishing double salaries, reducing allocations to political prisoners and martyrs and compensation to those who fled to Rafha in Saudi Arabia during the 1991 Shiite uprising in southern Iraq.

The first step of the plan began in early June without parliament approval. The plan cuts up to 15% of retirees' salaries as well as the salaries of many of those aforementioned.

Ahmed Hama Rashid, a member of parliament’s Finance Committee, told Al-Monitor the financial reform draft bill had been handed to parliament and the committee was studying it. However, Kadhimi had already implemented the plan before parliament could make a decision about it.

Nouri al-Maliki's parliament from 2006-2014 passed a series of laws to compensate different categories of Iraqis who were affected by Baath policies before 2003, including families of martyrs, prisoners and people who fled the country for political reasons.

Now, as oil prices plunge, the newly elected Iraqi government seeks new sources of financing — including cutting salaries that cost Iraq some 7 trillion dinars. Iraq's revenue for this year is about 3 trillion dinars.

Soon after the cuts started — and despite the fact that parliament had approved his plan previously on the condition that the lowest-grade salaries remain unchanged — parliament voted against Kadhimi's plan.

On May 30, during the periodic meeting of the Financial Reform Committee that Kadhimi headed, he announced several measures aimed at addressing Iraq's financial crisis. According to Kadhimi’s statement, the Iraqi government is taking "measures in line with the principle of achieving social justice, which entails abolishing double salaries [as well as salaries of those in Rafha] and anyone who is residing abroad and receives salaries from there.”

Kadhimi's statements regarding salary cuts raised major controversy and drew calls to reject such cuts by several parliament members and leaders of political parties. These salaries are a thorny issue in Iraq, as the beneficiaries are mostly rank-and-file members in several prominent Shiite political parties.

Following the cuts, protesters occupied Baghdad and other southern cities, demanding their normal salaries. Hundreds of demonstrators also closed the Basra-Baghdad Highway to protest the cuts.

The cuts have only affected people with incomes of more than half a million dinars ($420), since, as aforementioned, the government agreed to protect salaries of the lowest-grade public servants, said Finance Minister Ali Abdul-Amir Alawi.

“The salary reductions will not affect employees or retirees of low grades who are on payrolls of 500,000 dinars or less,” Allawi said.

“The rest of the grades on the salary scale that take up half of the budget will be changed and reduced,” he added.

Iraq’s salary structure is divided into 10 grades. First-grade public servants receive about 910,000 dinars a month in their first year of employment, with an annual bonus of 20,000 dinars.

Employees of the 10th grade, which is the lowest rank on the salary scale, receive about 170,000 dinars a month and a bonus of 3,000 dinars a year.

Although salary cuts have already begun, the government has not released details of its plan.

A Cabinet decision leaked to media mentioned significant reductions in salaries of the highest-grade employees, the abolition of employees who are on two or more payrolls from several state institutions, the reductions in salaries of political prisoners and of those who fled to Rafha in 1991, in addition to halting employment for 2020 — which means no new public servants will be appointed this year.

It is still unknown how much money the government would save if the bill passes, according to Rashid. But the amount is estimated to range between 12.5 billion to 15 billion dinars a year.

In fact, the government could include a “compulsory saving” paragraph in its annual budget without parliament approval, as was the case during the fight against the invasion by the Islamic State (IS), which led Iraq into a financial crisis.

“The attempts to slash public servants’ salaries are not something new, and this step has always been rejected by the political powers,” Mohammad Salih, an expert and economic adviser in the governments of Haider al-Abadi and Adel Abdul Mahdi, told Al-Monitor.

“Any talk about a reduction in salaries faces a fierce attack. The decision is a precautionary measure to avoid drowning in debt. But the political elite is not even remotely concerned with this if it means drowning the Iraqi generations to come in debt,” Salih said.

“The entire world is facing a major crisis, which makes it difficult for Iraq to borrow money, as was the case during the war on IS when the world felt it had a responsibility for Iraq in this fight,” he explained.

With falling oil prices and the gripping financial crisis, Iraq has little room for solutions except to make salary cuts, which is not to the liking of many political forces.

Some parliament members deemed Kadhimi’s efforts to cut spending a “systematic targeting” of political prisoners and martyrs. The Martyr’s Foundation in Iraq threatened to go to court if the government approved the financial reform draft bill.

“The Finance Committee and parliament told the prime minister that it would best if the government’s bill is included in a law or if the salary law is amended, as the government's decision can be appealed,” Rashid said.

“The government’s decision certainly drove a wedge between parliament members, and many political forces have already begun calling for exceptions in the bill, which naturally undermines any connotation of social justice in the decision,” he added.

Hassan al-Kaabi, the first deputy speaker of parliament, condemned the government’s decision as “illegal and inappropriate” and rejected “the government’s attempt to encroach on the salaries of civil and military personnel, retirees, martyrs and political prisoners.”