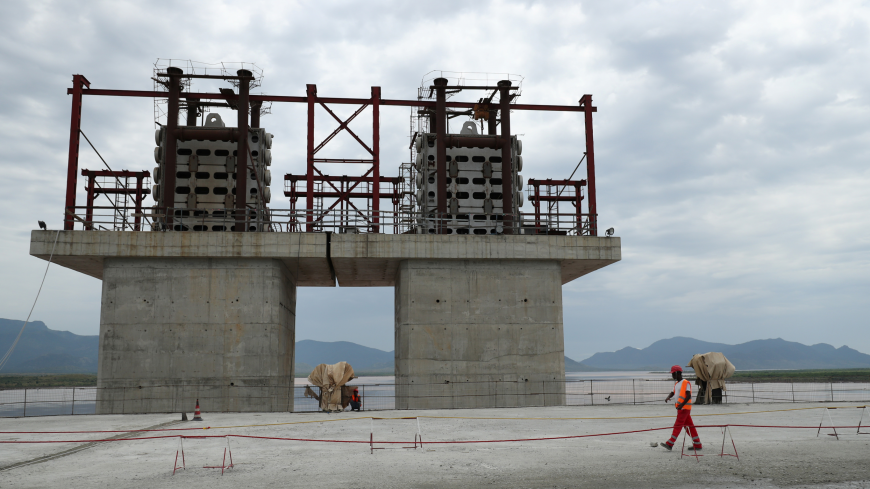 A construction worker walks near the stop log section at Ethiopia's Grand Renaissance Dam as it undergoes construction on the Blue Nile in Guba Woreda, Sept. 26, 2019. - REUTERS/Tiksa Negeri

The country’s deputy army chief told state media that Egypt should be aware of Ethiopia’s military capabilities as Egypt continues to oppose Ethiopia’s plan to start filling the hydroelectric dam next month.

“Egyptians and the rest of the world know too well how we conduct war whenever it comes,” said Gen. Birhanu Jula, as reported by The Associated Press.

Ethiopia began building the Grand Ethiopian Renaissance Dam in 2011. It will serve as a hydroelectric power source when completed. The dam is on the Blue Nile River in northwest Ethiopia near the border with Sudan. A major tributary of the Nile, the Blue Nile joins the White Nile in Sudan; the Nile then flows into Egypt. Egyptian officials say they believe an unrestricted filling of the dam will reduce the Nile’s water levels to an extent that endangers the country’s water and food security.

Negotiations on the dam are ongoing between Ethiopia, Egypt and Sudan. Egypt has tried to get Sudan on its side in the talks following border clashes between an Ethiopian militia and Sudanese forces recently.

“We don’t want to hurt anyone else, and at the same time it will be difficult for us to accept the notion that we don’t deserve to have electricity,” he said this week, according to The Associated Press.

The state-owned newspaper Al-Ahram reported today that Egypt’s Water Resources and Irrigation Ministry warned Ethiopia that Egypt remains opposed to the filling of the dam before an agreement is reached.

“Egypt stresses that Ethiopia should not take any unilateral action in violation of its legal obligations,” the Egyptian ministry said Thursday, citing past agreements.

Talks resumed this week via videoconference between the three countries after stalling in February under US and World Bank supervision. The United States, the European Union and South Africa have been participating as observers in this week's talks, according to Al-Ahram.