Boston Celtics center Enes Kanter is an outspoken critic of the Turkish government, which has led to trouble for his family back home. 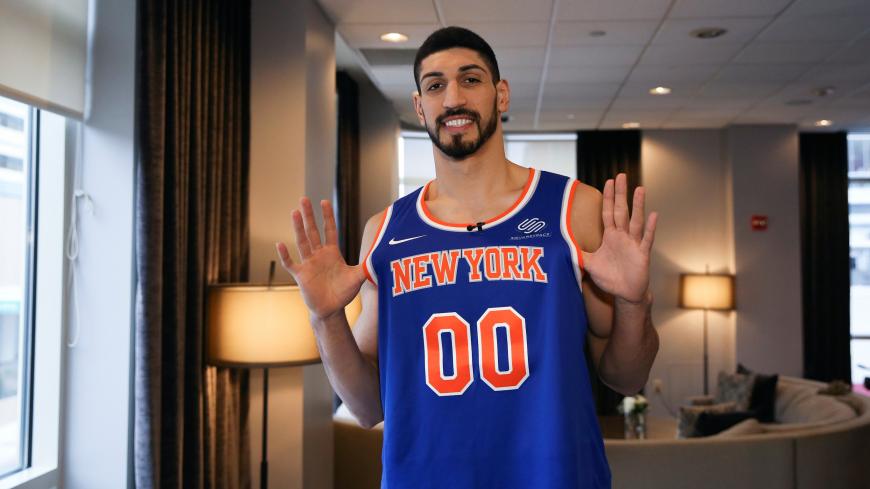 Turkish NBA player Enes Kanter holds his jersey in White Plains, New York, during halftime after watching his team, the New York Knicks, play the Washington Wizards in London on television, Jan. 17, 2019. He did not travel to London for fear the Turkish government would try to have him arrested. - REUTERS/Caitlin Ochs

Turkish basketball player Enes Kanter said today that his father has been exonerated of charges brought against him by the Turkish government.

Kanter’s father, Mehmet Kanter, was briefly detained in 2017 on terrorism charges related to Gulen, which he denied. Mehmet Kanter’s passport was also taken away. The older Kanter was acquitted of the charges Thursday.

Enes Kanter celebrated the news on Twitter, saying it was due to pressure on the Turkish government. “My dad has been released,” said Enes Kanter. “This is due to the pressure we have put on the Turkish regime.”

Enes Kanter has had a complicated relationship with his home country. His passport was revoked in 2017 amid his criticisms of the government and support for Gulen. Last year, he skipped a trip to London with his former team, the New York Knicks, fearing Turkish authorities could have him arrested there. Enes Kanter is now seeking US citizenship.

The ordeal has complicated Enes Kanter’s relationship with his family as well. Mehmet Kanter publicly disowned his son in 2016 following the coup, though Enes Kanter has speculated this is due to the pressure the family is under from authorities.

The NBA player is outspoken about other regional and American issues as well. In January, he wrote an op-ed in the Israeli newspaper The Jerusalem Post calling on Jews and Muslims to fight bigotry together. He has also participated in ongoing Black Lives Matter protests in Boston.

Enes Kanter used the news about his father to call for the release of others imprisoned in Turkey.

“He is just one person, there are still tens of thousands of people wrongfully in jail in Turkey,” Enes Kanter said.