The group led by Sens. Wyden and Rubio want the Biden administration to press Turkey on its domestic policies and actions in Syria. It follows months of criticism of Turkey from both parties in Congress. 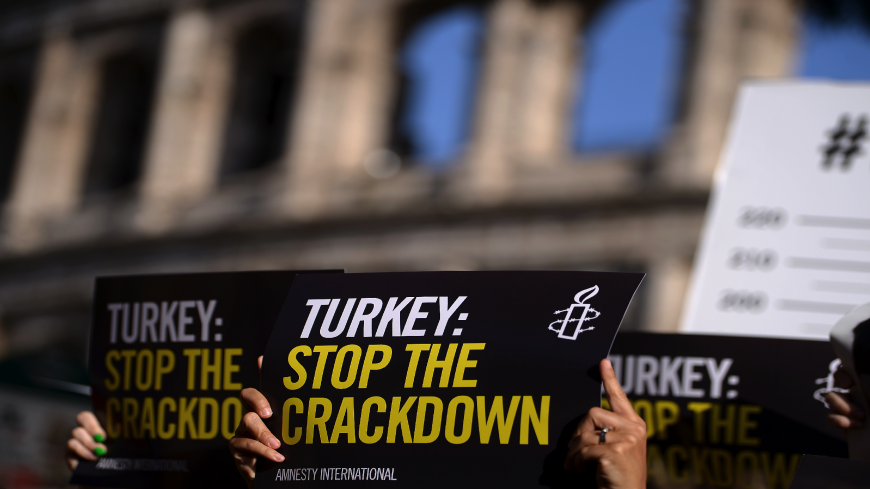 More than half of the US Senate has signed a letter urging US President Joe Biden to push Turkey on its human rights record.

In the letter, they allege that Turkish President Recep Tayyip Erdogan has “marginalized domestic opposition” and “silenced or co-opted critical media outlets.”

They also slammed Turkey for purchasing the Russian S-400 missile defense system and for its conflict with US-backed Kurdish groups in Syria. The senators also cited the treatment of basketball player Enes Kanter. The NBA star and supporter of the Gulen movement is a frequent critic of the Turkish government. Kanter's citizenship was revoked in 2017.

The Turkish government’s crackdown on journalism and opposition parties has been widely reported on.

Turkey has received significant criticism from the US Congress in recent months on similar issues. In December, the top Republican on the House Foreign Relations Committee, Rep. Michael McCaul of Texas, said Turkey’s “provocative behavior” was undermining the NATO alliance. McCaul cited Turkey’s purchase of the Russian S-400 missile defense system. Russia is not a member of NATO and opposes the transatlantic alliance on several issues.

McCaul also said Turkey’s conflict with US-backed Kurdish groups in Syria is undermining progress fighting the Islamic State (IS). The Kurdish-led Syrian Democratic Forces (SDF) fights IS with US support, but Turkey opposes the group, alleging that it has ties to the outlawed Kurdistan Workers Party (PKK) in Turkey. The SDF and Turkey are currently in a state of war.

In October, a group of Democratic senators demanded the Trump administration look into allegations of Turkish human rights abuses in Libya, Iraq and Syria. Turkey is involved in several regional conflicts. In Libya, Turkey supports the UN-recognized Government of National Accord in the civil war. In Iraq, Turkey frequently targets PKK positions. Both Turkey and the United States consider the PKK a terrorist organization.

The same month, Democratic Sen. Bob Menendez of New Jersey, who now heads the Senate Foreign Relations Committee, successfully convinced the Library of Congress to recognize the Armenian genocide. This refers to the killings of Armenians, Greeks and Syriacs in present-day Turkey at the start of the 20th century. Turkey recognizes there were deaths but disputes that what happened constituted genocide.

Turkey has responded to some of the criticism in the past. In October, Turkish Foreign Minister Mevlut Cavusoglu said Speaker of the House Nancy Pelosi showed “blatant ignorance” when she criticized Erdogan.

Repeated criticisms from Congress could complicate US-Turkey relations under President Joe Biden. Relations are currently at a low point. Aides to Biden and Erdogan spoke on the phone this month to try to “manage disagreements effectively.”