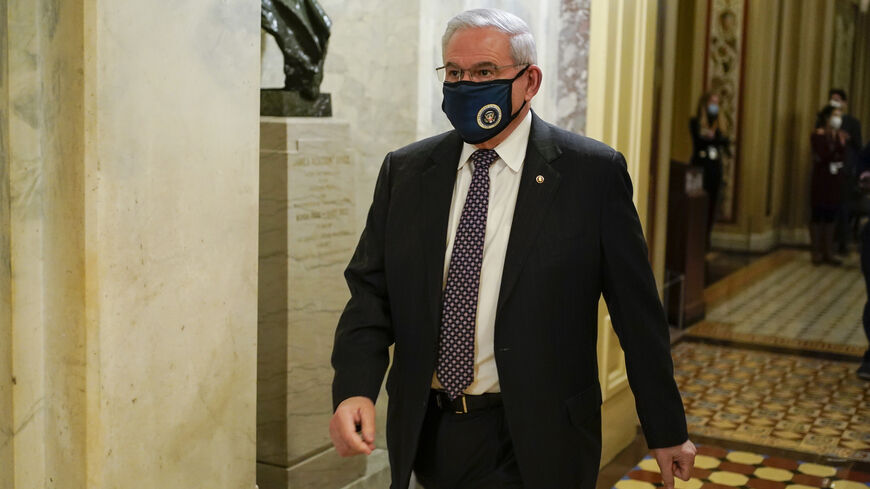 US Senator Bob Menendez (D-NJ) walks during a break in the impeachment trial of former US President Donald Trump on Capitol Hill in Washington, DC, Feb. 10, 2021. - JOSHUA ROBERTS/AFP via Getty Images

A leading Senate Democrat has praised reports that US President Joe Biden will recognize the Armenian Genocide.

Sen. Bob Menendez of New Jersey said today he was “proud” that Biden will label the killings in modern-day Turkey as such.

“After three decades of leading this fight in Congress, I am proud the U.S. government is poised to finally be able to say it without any euphemism: Genocide is genocide. Plain and simple,” he wrote in a press release.

The Armenian Genocide refers to the systematic killings and ethnic cleansing of around one million Armenians in the Ottoman Empire from 1915-1917. There were also killings of Syriac, Assyrian and Greek Christians in the area at the time. The Republic of Turkey, which succeeded the Ottoman Empire, acknowledges there were deaths, but disputes that the events constituted a genocide.

Menendez, who heads the Senate Foreign Relations Committee, has been a leader of congressional efforts to recognize the murders as a genocide. In October, he and other senators wrote a letter to the Library of Congress asking it to use the word “genocide” in its database. The library now refers to the “Armenian Genocide,” whereas previously it called it the “Armenian massacres.”

Menendez’ letter came in response to The New York Times reporting yesterday the president is preparing to make the recognition. The move, which was considered but rejected by past US presidents, will likely damage relations with Turkey. Biden promised to recognize the genocide while campaigning for president last year.

Today’s letter is just one example of the criticism from Congress toward the Turkish government in recent months. In February, 54 senators wrote a letter to Biden asking him to press Turkey on its human rights record. They cited Turkey’s conflict with Kurdish groups in northeast Syria, its treatment of NBA basketball player Enes Kanter and other issues.

Last October, a group of senators introduced a resolution to require an inquiry into alleged human rights abuses in the Middle East by the Turkish government.