A US court indicted two associates of President Donald Trump’s first national security adviser amid an investigation into Ankara's secret campaign to obtain the extradition of cleric Fetullah Gulen. 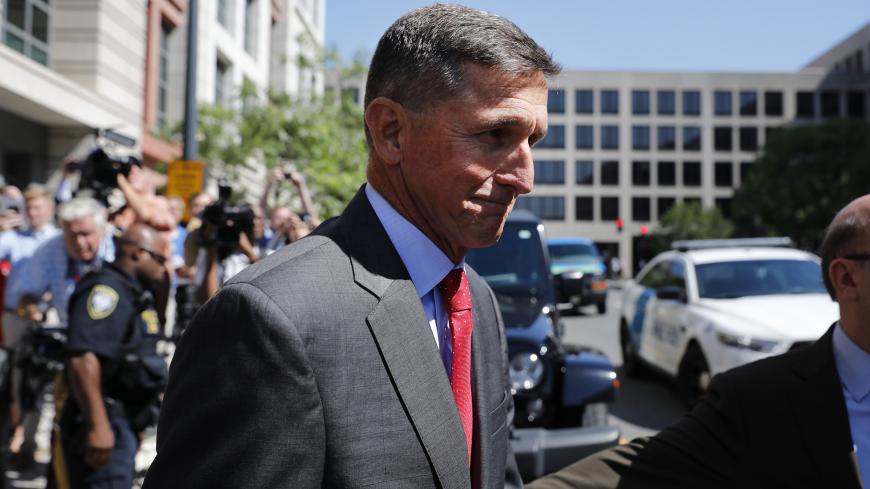 WASHINGTON — US prosecutors today announced the indictment of Bijan Rafiekian (also known as Bijan Kian), the Iranian-American former business partner of Michael Flynn, on two counts of secretly serving as an agent of a foreign government and conspiring to do so. Also charged was Kamil Ekim Alptekin, a Dutch-Turkish businessman, who is charged with the above two counts, as well as four counts of making false statements.

The six-count indictment was filed by prosecutors with the Eastern District of Virginia under seal on Dec. 12, and unsealed today.

It alleges that Kian and Alptekin — together with “Person A,” believed to be Flynn, who briefly served as President Donald Trump's national security adviser — conspired to have the government of Turkey secretly pay for Kian and Flynn’s company, the Flynn Intel Group, to lobby for the extradition of Pennsylvania-based cleric Fethullah Gulen. Turkish President Recep Tayyip Erdogan and his government blamed a failed July 2016 coup attempt on Gulen and his followers, and had long sought his extradition from the United States to Turkey.

However, rather than register with the Justice Department as lobbyists for Turkey, Kian and Alptekin, according to the indictment, conspired to have Alptekin’s company, Inovo BV, serve as the cutout. They tried to conceal from US authorities that some $530,000 in payments to the Flynn Intel Group were for work on behalf of the Turkish government, prosecutors allege. This deception occurred even as Flynn served as a top security adviser to Trump’s presidential campaign and subsequently became his first national security adviser. Kian, too, served as a member of the Trump transition, as part of the team preparing the Office of the Director of National Intelligence.

“Rafiekian and Alptekin conspired covertly and unlawfully to influence US politicians and public opinion … and ultimately to secure the Turkish citizen’s extradition,” the 21-page indictment states.

Kian appeared at the federal courthouse in Alexandria, Virginia, this morning with his attorney and was advised of his rights, charges and penalties. He was released on bond and is due to be arraigned Tuesday at 10 a.m. Robert Trout, an attorney for Kian, told Al-Monitor today he had no comment at this time.

An arrest warrant for Alptekin was filed Dec. 12, according to court documents. Alptekin, who holds both Dutch and Turkish citizenship, is based in Istanbul.

According to the indictment, Kian, who served as a director of the US Export-Import Bank during the George W. Bush administration, sketched out a prospective anti-Gulen lobbying message to Alptekin that compared the Pennsylvania-based Gulen to Ayatollah Imam Khomeini, the once-exiled Iranian ayatollah who seized power in Iran after the overthrow of the shah in the 1979 Islamic Revolution.

“Let me give you a real life experience: 1978: A soft spoken cleric sitting under an apple tree in Neauphle-le-Chateau in France looked so harmless,” Kian wrote Alptekin in an Aug. 4, 2016, email. “Spoke of equality and spirituality, declared that if he were to gain power, he would go to a religious shrine and will not get into politics and government. Sound familiar? … One year later, from the place under the apple tree, The soft spoken spiritual man led the Islamic Revolution in Iran.”

On Nov. 8, 2016 — the day of the US presidential election — an op-ed appeared in The Hill newspaper under Flynn’s byline that repeated Kian’s “apple tree” language, comparing Gulen with Khomeini. 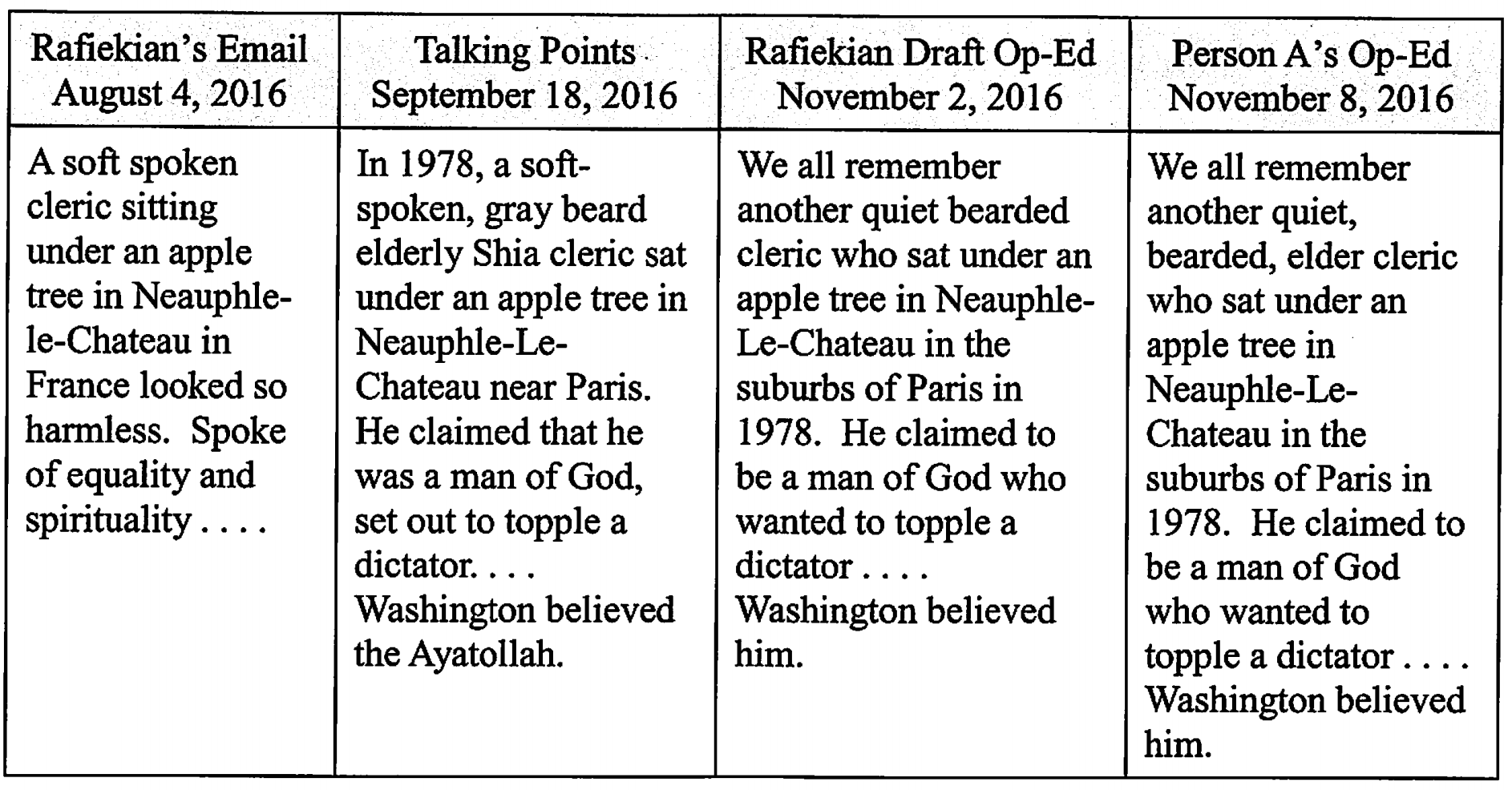 (Above: An excerpt from the indictment released today shows that language in Michael Flynn's op-ed originated with Kian.)

“We all remember another quiet, bearded, elder cleric who sat under an apple tree in Neauphle-le-Chateau in the suburbs of Paris in 1978,” Flynn wrote. “He claimed to be a man of God who wanted to topple a dictator and return the power to the people. Washington believed him. Sadly, shortly after his rise to power through the Iranian revolution, we watched in horror as our diplomats were taken hostage for 444 days in what was once one of our strongest allies in the Middle East.”

On Sept. 19, 2016, Kian, Alptekin and Flynn met in New York with two Turkish government ministers, previously reported by the Wall Street Journal to be Turkish Energy Minister (and Erdogan’s son-in-law) Berat Albayrak and Turkish Foreign Minister Mevlut Cavusoglu. “The conversation centered on … the Turkish government’s efforts to convince the US government to extradite the Turkish citizen [Gulen] to Turkey,” the indictment states.

Cavusoglu, speaking at a conference in Doha, Qatar, on Sunday, said Trump had discussed extraditing Gulen when he met with Erdogan on the sidelines of the G-20 meeting in Argentina last month.

Flynn, who is believed to have provided substantial evidence in the case, is due to be sentenced Tuesday after pleading guilty last year to one count of making false statements — a charge brought by Robert Mueller, the special counsel investigating Russia’s interference in the 2016 US presidential election. Mueller’s team argued that Flynn has provided such substantial assistance in its and other Justice Department investigations that he should be granted a sentence of little or no jail time.