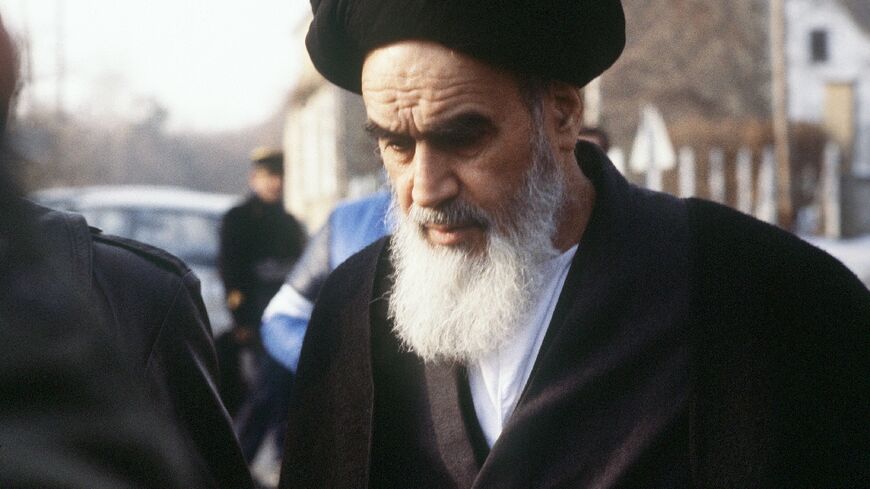 The glass-fronted panel is in the village of Neauphle-le-Chateau west of Paris, where Khomeini stayed for several months in exile before returning in triumph to Iran to found the Islamic republic.

However, controversy over the existence of the panel -- which has a picture of the ayatollah and some words in French and Persian about his stay -- has grown as nationwide anti-regime protests shake Iran.

The panel sustained the damage in the night of Tuesday to Wednesday, a source in the gendarmerie of the Yvelines region told AFP, asking not to be named.

"The glass was broken, and panel with the image of Ayatollah Khomeini was taken out of its wooden frame and was lying on the ground," according to the source.

The panel is erected on private land but clearly visible from the street. Khomeini stayed in Neauphle-le-Chateau from October 1978 until January 1979 when he returned to Iran following the shah's departure into exile.

After pressure from several NGOs, the town hall announced in mid-January that the panel would be hidden from public view "probably by a large billboard installed on the sidewalk".

This announcement has not yet materialised into action.

The International Women's Law League (LDIF), representing a collective of 40 NGOs, and the association Femme Azadi had "in the light of the tragic events currently unfolding" in Iran demanded the mayor grant "the authorisation without delay to conceal the panel".

Iranian authorities have cracked down on more than four months of anti-regime protests sparked by the September 16 death in custody of Mahsa Amini, arrested for allegedly violating strict dress rules for women.

At least 481 people have been killed in the authorities' crackdown on the protest movement, according to Norway-based NGO Iran Human Rights.

In taboo-breaking gestures, banners and billboards of Khomeini have been defaced and damaged in Iran during the protests, according to images posted on social media.