The Donald Trump administration announced $225 in emergency food aid for Yemen today, but the United States is still refusing to cooperate with the World Health Organization on vital programs. 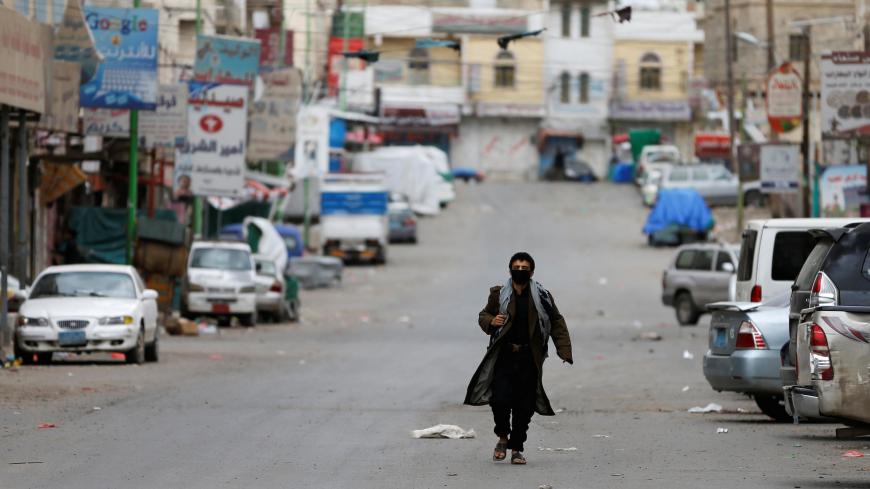 A security man wearing a protective mask walks on a street during a 24-hour curfew amid concerns about the spread of the coronavirus in Sanaa, Yemen, May 6, 2020. - REUTERS/Khaled Abdullah

Secretary of State Mike Pompeo at a press briefing that the assistance will go to a UN emergency food program in southern Yemen and to a reduced operation in northern Yemen that the UN World Food Program "was forced to scale down earlier this month because of the Iran-backed Houthis.”

The Trump administration previously announced some $1.7 million in aid to help Yemenis cope with the COVID-19 crisis, but that accounts for less than 1% of the $1.3 billion that the Yemen Relief and Reconstruction Foundation estimates will be needed to help the country cope with the coronavirus pandemic.

Lise Grande, the UN humanitarian aid coordinator for Yemen, praised the $225 million in food aid as “a lifeline” as the COVID-19 pandemic spreads “faster and faster.”

“Every day, millions of innocent Yemeni people wake up hungry,” Grande told Al-Monitor. “Everywhere you go, people need help. UN programs are closing every day because of lack of funding.”

Since July 2018, the United States has provided more than $1.1 billion in Yemen humanitarian aid to international organizations and nongovernmental organization partners.

In March, the Trump administration cut $73 million in aid to Houthi-controlled territories, where the majority of the Yemeni population lives, citing the rebels’ aid restrictions.

The steep aid cut, coupled with the administration’s decision to stop working with the World Health Organization, forced the United Nations to scale back many of its operations throughout the war-torn country.

“We welcome the announcement of US funding, but it still doesn’t solve the problem of suspended aid for the WHO organizations working in northern Yemen,” said Scott Paul, the humanitarian policy lead for Oxfam America. “We are still calling for USAID to work with other donors and authorities to find a way to safely resume funding for programs that provide clean water, soap distribution, support for health care centers and more.”

The Houthis have since made some concessions on humanitarian assistance, such as scrapping their plans for a 2% foreign aid tax and agreeing to allow NGOs to use biometrics to scan for fraud.

Humanitarian officials within the administration acknowledge that some progress has been made but more needs to be done to allow agencies to operate independently.

“We need to see concrete actions to remove impediments, including approvals for travel permits to deliver aid, honoring partner agreements, halting interference in the selection of beneficiaries and allowing agencies to operate independently, neutrally on the basis of need,” said Richard Albright, the deputy assistant secretary for the Bureau of Population, Refugees, and Migration, at a press briefing.