New US restrictions on WHO, Houthis lead to COVID-19 puzzle in Yemen

While the Donald Trump administration is considering increasing its COVID-19 support for Yemen after slashing millions in aid, its new restrictions on the World Health Organization poses significant logistical challenges. 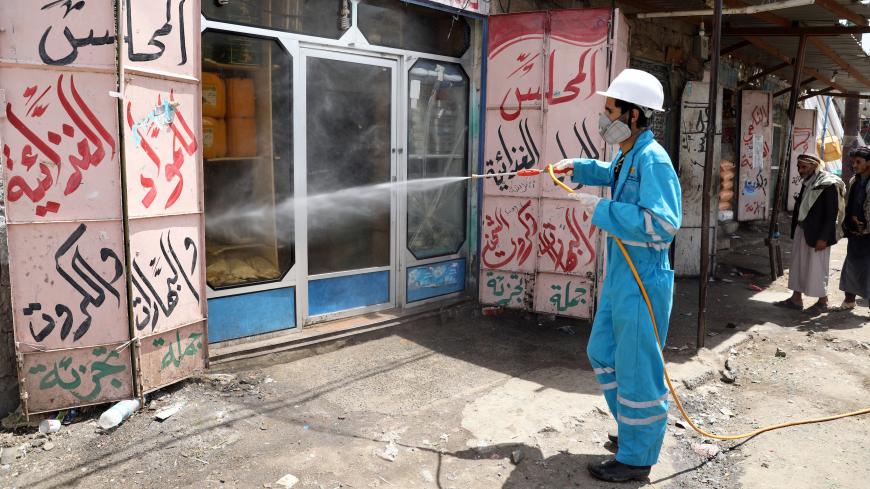 The Donald Trump administration is expected to provide slightly more COVID-19 relief to Yemen after cutting $73 million in humanitarian aid for the war-torn country last month. But Washington has yet to spell out its game plan for ensuring that assistance reaches the majority of the Yemeni population given Trump’s recent decision to end funding for the World Health Organization (WHO) and the US refusal to administer assistance in Houthi-controlled territory.

“The United States is carefully monitoring the situation in close coordination with Yemeni health officials, the United Nations and other donors,” a State Department spokesperson told Al-Monitor. “We are working with our partners to adapt existing programs, as necessary, to address additional needs and are determining how we can most effectively and responsibly provide additional support for COVID-19 preparedness and response efforts.”

Last week, the State Department announced an additional $500,000 in coronavirus-related aid for Yemen — a mere 1% of the $40 million in stabilization assistance Congress appropriated for Yemenis this year. But a senior State Department official told Reuters this week that the United States is preparing a “substantial contribution” to help Yemen fight the pandemic.

While there has only been one confirmed coronavirus case in Yemen so far, public health experts fear that the lack of testing and the country’s crumbling health infrastructure, coupled with a significantly immunosuppressed and malnourished population, is a recipe for disaster.

The Trump administration cut off the lion's share of assistance  for Houthi-controlled areas last month to an impasse on negotiations with the rebels to ease their onerous aid restrictions. While the United States is still providing $12 million in Yemen aid and continues to operate in the south, most of the impoverished country’s population lives in the north, which is largely under Houthi control.

“While we have reduced certain program that have become untenable due to ongoing Houthi interference, we continue to support the most critical life-saving activities in northern Yemen,” said the State Department spokesperson.

Trump’s decision to eliminate more than $400 million in funding for the WHO amid the coronavirus pandemic has also complicated any potential COVID-19 relief efforts in Yemen, as it precludes USAID — Washington’s foreign aid agency — from working with the international body to deliver assistance. USAID Acting Administrator John Basra told reporters Wednesday that the Trump administration would make a final decision on WHO funding and cooperation after a two-to-three-month review.

“The administration spurned the humanitarian NGOS, and then they spurned the WHO,” a nongovernmental organization representative working on Yemen told Al-Monitor on condition of anonymity. “I’m not sure who’s left for them to provide this funding. Hopefully USAID will realize that it needs to change course and grant far more ‘lifesaving’ exemptions form the aid suspension.”

Basra noted that USAID is looking for other partners to implement activities that previously fell under WHO’s purview.

“Even before the onset of this pandemic, USAID was working, piloting a new partnership initiative to look for other regional community-based partners outside of the normal menu of people we work with,” said Basra. “I look forward to next week expanding the new partnership initiative in a more formal manner, but what we’re doing right now is we’re looking for different partners.”