The State Department announced more Yemen aid, but it still falls well short of the $1.3 billion the war-torn country needs to stave off the coronavirus pandemic. 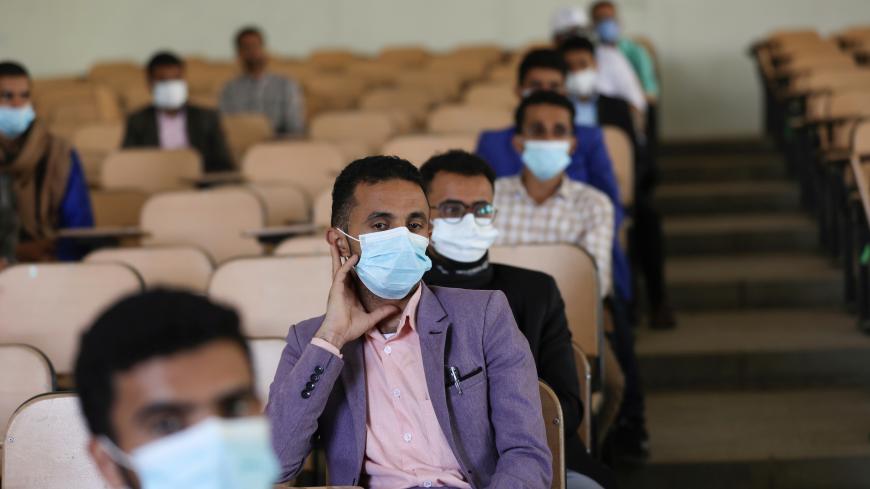 The Donald Trump administration announced today that it will provide $1.7 million in humanitarian aid to “support COVID-19 response efforts and other vulnerable populations.”

But that aid accounts for less than 1% of the roughly $1.3 billion in funding that Yemen will need to battle the looming coronavirus crisis, according to an estimate provided to Al-Monitor from the Yemen Relief and Reconstruction Foundation. The budget shortfall comes after the Trump administration has slashed the lion’s share of Yemeni aid and suspended all cooperation with the World Health Organization (WHO) throughout the world.

Grande warned Monday that the WHO likely will have to suspend — or at least significantly scale back — at least 80% of its operations in Yemen by today, largely because of the US funding cut. Acting USAID Administrator John Basra said last week that the United States is looking for alternatives to the WHO to implement Yemen aid programs.

However, the Trump administration also ended the vast majority of aid to the Houthi-controlled north, where most of the Yemeni population lives. The State Department cited the Houthis’ often onerous restrictions on humanitarian nongovernmental organizations and aid workers operating on the ground to justify cutting some $73 million in humanitarian aid to northern Yemen in the midst of a global pandemic.

Congress has also appropriated $400 million in Yemeni stabilization aid for this fiscal year — money the Trump administration has yet to allocate.

“What do they think this $1.7 million is going to cover?” asked Aisha Jumaan, an epidemiologist and the president of the Yemen Relief and Reconstruction foundation. “The $1.7 million, I’m not sure what it gets them to be honest. If we just look at the needs for the testing, we need $69 million [and] $761 million for protective equipment, very basic things.”

Yemen has seven recorded coronavirus cases so far, including two deaths. But that number is likely higher given Yemen’s current lack of testing capacity, its crumbling health care infrastructure and the fact that Yemeni authorities are likely underreporting the true extent of infections. Famine, cholera, and a particularly severe swine flu outbreak have rendered millions of Yemenis immunocompromised, putting them at heightened risk of dying from the coronavirus.

“The donor agencies are expecting that Yemen will have about 86% of the population infected,” said Jumaan. “That’s 13 million people, which means we’re going to have 60,394 deaths, and then were’ going to have [more than 400,000] hospitalizations.”

Even humanitarian NGOs that had lambasted Houthi aid restrictions have panned the Trump administration for ending nearly all aid to northern Yemen. And Grande noted earlier this week that the Houthis have made concessions by scaling back some of the restrictions. The Houthi concessions include scrapping their proposed 2% tax on foreign aid and allowing biometric scanning to monitor potential fraud.

“This administration is not negotiating in good faith,” said Jumaan. “That is definitely my assessment of this, and their policy is my way or the highway. They put aid conditions that make the other side less likely to say yes.”

She noted that the Houthis are often skeptical of things like biometric data and often restrict access to aid workers out of fear that their adversaries may use them to gather intelligence, such as targeting logistics for Saudi-led airstrikes. The New York Times reported in 2017 that the Pentagon inked a clandestine deal with an American company contracting for UNICEF and the Red Cross to smuggle arms into Yemen.

Given the Houthi concessions, some anti-war activists are accusing the Trump administration of using the aid to pressure the Iran-backed rebels into ending the war against the US-supported Saudi coalition.

“It’s the same logic of sanctions where you try to make the people under enemy rule scream in the hopes that it will create unrest,” said Erik Sperling, the executive director of Just Foreign Policy. “They’ve never figured out any sanctions yet that cut half the food to the people of the country. This is on another level.” Funding cuts have also forced the World Food Program to scale back its operations and provide aid to Yemeni families every other month instead of every month.

Correction: May 2, 2020. The number of hospitalizations projected by the Yemen Relief and Reconstruction foundation is 400,000, rather than 4 million.