While 21 previous cases had been reported in areas controlled by the internationally recognized government, the real figure in the war-wracked country is likely far higher. 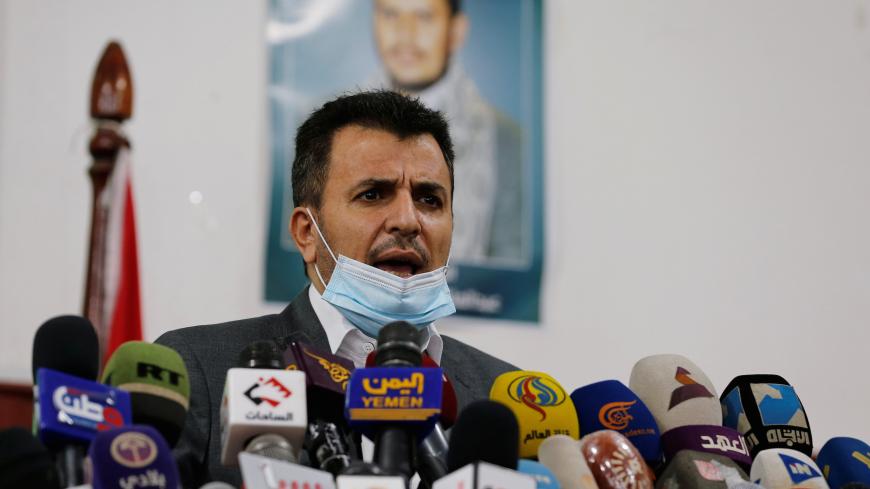 Houthi authorities yesterday announced the first confirmed coronavirus case in areas under its control, some two weeks after reports of suspected cases in the country’s north.

A Somali immigrant was found dead in a hotel in Sanaa, Health Minister Taha al-Mutawakel told the Houthis' Al-Masira TV on Tuesday. The deceased man later tested positive for coronavirus and was suffering from kidney failure and underlying liver disease, Mutawakel said.

For Yemen as a whole, 21 coronavirus cases and three deaths have been reported. All declared cases until Tuesday had been in the country’s south, which is controlled by forces affiliated with the internationally recognized government-in-exile of President Abed Rabbo Mansour Hadi. The Hadi government declared the first case of the virus in its territory April 10.

The real number of cases in the war-wracked country is likely far higher, and there are reports the Houthi government has been keeping suspected cases in Sanaa quiet.

The World Health Organization warned in March of a pending “explosion” of coronavirus cases in both Yemen and Syria. The WHO said Tuesday that only 200 coronavirus tests had been carried out in Yemen.

UN humanitarian coordinator for Yemen Lisa Grande said last month the WHO would be forced to cut its operations in the country by some 80% after the US government announced it was ending most of its humanitarian assistance to Yemen in response to Houthi aid restrictions. The Trump administration later announced it was suspending its funding for the WHO.

On Friday, the United States announced it would provide $1.7 million in humanitarian aid to Yemen, mostly for parts of country under the control of the Hadi government. The aid accounts for less than 1% of the $1.3 billion in aid the country requires to fight the pandemic, Al-Monitor correspondent Bryant Harris reported last week.

Tuesday’s announcement underscores concerns about transparency by Houthi authorities about the epidemic. Houthi officials, including Mutawakel, have made a point of saying the Saudi-led coalition would be to blame for any outbreak that occurs.

Houthi military officials and diplomats also have frequent contact with their counterparts from Iran. Al-Masira’s news coverage has largely avoided the subject of the coronavirus in Iran, one of the hardest-hit nations on Earth.

Yemen, one of the last countries to report its first case of COVID-19, experienced the world’s worst recent outbreak of cholera starting in 2016. That epidemic has largely been brought under control, but world health authorities say the country is totally unprepared for the current pandemic.

UN-led efforts to reach a cease-fire in the country’s civil war faced yet another setback last week when the Southern Transitional Council, a member of the Saudi-led coalition, declared self-rule in Aden and other areas of the country’s south, though at least four prominent governors rejected the declaration.