Turkey needs to adopt a softer foreign policy to handle the COVID-19 pandemic and the economic crisis it's triggered, but the government's rhetoric makes such a shift highly unlikely. 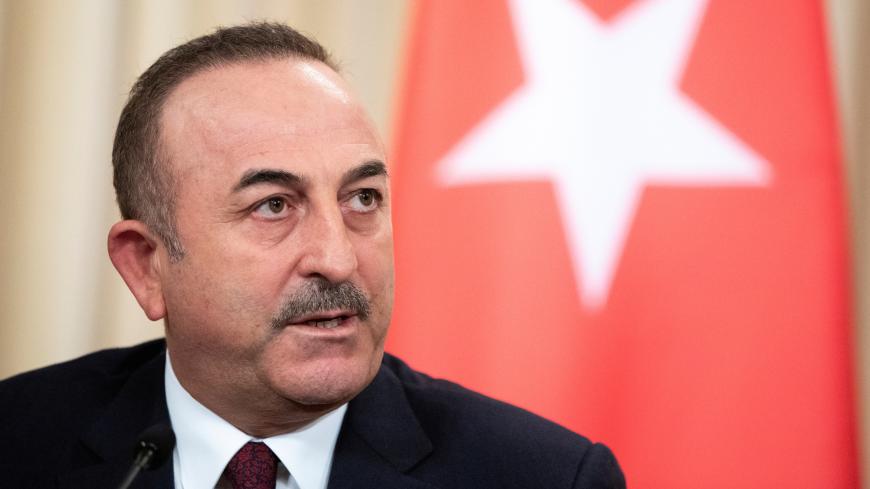 When Ahmet Davutoglu was Turkey’s foreign minister from 2009 to 2014, he frequently called a group of journalists to share his vision of Turkish foreign policy. A chatterbox who can speak for hours, he would reveal his views on history, strategy and international relations. He loved to talk geopolitics and emphasize Turkey’s central role in the international arena. He used to frequently refer to a compass metaphor placing Turkey at the heart of every major conflict zone in the world.

He argued that Turkey has to adopt a foreign policy with a 360-degree vision. The current foreign policy-makers of Turkey are following in the footsteps of Davutoglu, who succeeded Turkish President Recep Tayyip Erdogan as prime minister and party chairman in 2014 until he was fired by him in May 2016.

Today Davutoglu is the leader of the Future Party, breaking away from the ruling Justice and Development Party. Regardless of whether one agreed with his arguably ambitious views regarding foreign policy, he was a high-profile figure as Turkey’s foreign minister. His successor Mevlut Cavusoglu is underwhelming in comparison.

Nonetheless, Cavusoglu inherited Davutoglu’s Turkey with foreign policy issues to contend with in every direction. Promoting Erdogan as a leader with global stature means Turkey needs to act as a global international relations player far beyond its means, in conflict or friction with so many foreign governments.

With this in mind, the Turkish Foreign Ministry's reaction to the joint declaration by the foreign ministers of Egypt, Greece, Cyprus, the United Arab Emirates and France on the Eastern Mediterranean and Libya is noteworthy.

The five countries clash with Turkey regarding the Eastern Mediterranean's gas drilling, maritime boundaries and Libya. The Turkish Foreign Ministry accused the group of "seeking regional chaos and instability."

With the fiery language employed so frequently in Turkey's domestic politics, it characterized the five countries as "have fallen into a delirium as their agendas are disrupted by Turkey." The statement avoided the word Cyprus and used GCA instead, referring to the Greek Cypriot Administration. Three of the countries facing Turkey's wrath are members of the European Union, with which some observers say Turkey will need to repair relations in the wake of the pandemic crisis that has left a devastating impact on the Turkish economy.

Among the three EU members, France was singled out and accused of seeking to establish "a state of terror in Syria" that would naturally be detrimental for Turkey's security.

"It is apparent that France, whose intentions to establish a state of terror in Syria were disrupted with a heavy blow by our Operation Peace Spring, is attempting to be the patron of this axis of malice," the statement said.

Interestingly, the Turkish military operation conducted against the Syrian Kurds in October 2019 could be interpreted as foiling the intentions of France — Turkey’s NATO ally — in northeastern Syria. Moreover, the Turkish Foreign Ministry accused France of being "the patron of this axis of malice," a metaphor reminiscent of US President George W. Bush's qualification of "axis of evil" including Iran, Iraq and North Korea in a 2002 speech.

On May 11, the day the Turkish Foreign Ministry's belligerent statement was issued, Cavusoglu accused the UAE of "bringing chaos to the Middle East," speaking to Akit TV, a hard-line Islamist television channel.

"If you are asking who is destabilizing this region, who is bringing chaos, then we would say Abu Dhabi without any hesitation," he said, and added, "It is a reality that they are the force that unsettled Libya and destroyed Yemen."

He also accused the Emirates of extending support to the militants in Somalia, where Turkey has a military base to train Somalian troops.

Turkey's uneasy foreign policy objectives seem not to be confined to France, the UAE and the other countries in Ankara's "axis of malice" but spread throughout the vastness of the eastern Mediterranean Sea, the Middle East and North Africa. It also extends to the United States and the Kurdistan Regional Government of Iraq, as they are involved in mediating between rival Syrian Kurdish groups.

"Turkish disgruntlement was palpable in a May 11 dispatch in Turkey's state-run Anadolu news agency. It characterized the effort to unite disparate Syrian Kurdish factions as more of a conspiracy aimed at creating 'international representation space' for the 'terrorist organization in northern Syria,'” wrote Al-Monitor's Amberin Zaman. “Ominously and unusually, Turkey also fingered Nechirvan Barzani, the president of the Kurdistan Region of Iraq and a longtime ally of Turkish President Recep Tayyip Erdogan. Anadolu said Barzani had been ‘commissioned’ by France and the United States to implement the plan.”

Turkey seems to be pursuing a conflict policy with everyone.

At the crossroads of an unprecedented economic and financial crisis that requires Turkey to reconcile with the United States and European Union, the trajectory of Turkish foreign policy puzzles many sober minds.

The Wall Street Journal reported May 13 that against the pressures of the pandemic, Turkey's practice of using up its foreign exchange reserves has become unsustainable and the country is headed for a crisis.

Such a situation demands flexible and soft-spoken foreign policy, contrary to what Erdogan's Turkey manifests today.