The Donald Trump administration refused to disclose details of its talks with Saudi Arabia about possible cooperation on a civil nuclear program, according to a Government Accountability Office report released on Monday. 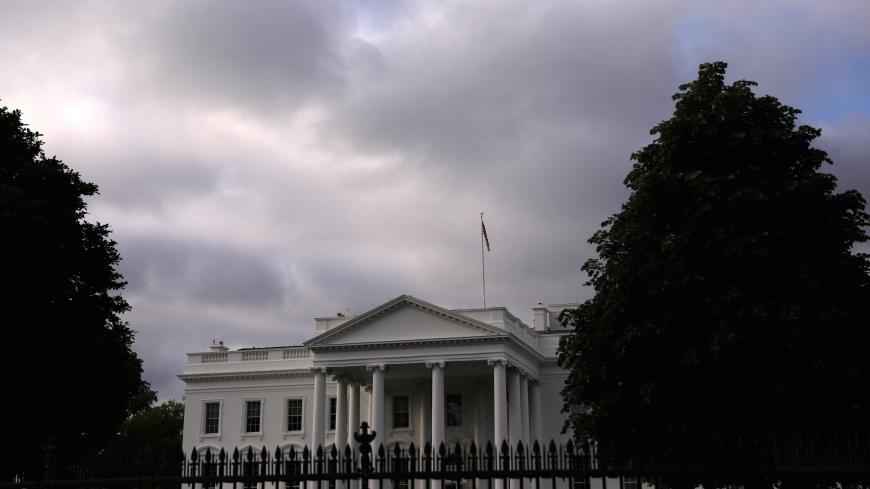 A general view of the morning sky over the White House in Washington, US, May 6, 2019. - REUTERS/Jonathan Ernst

The Donald Trump administration refused to disclose significant details of its secretive talks to help Saudi Arabia establish a civil nuclear program, according to a Government Accountability Office (GAO) report released on Monday.

While the report found that the Saudi nuclear talks are currently stalled, it also notes that neither the White House, State Department nor Energy Department “provided substantive information” to the GAO on the negotiations — a source of bipartisan concern in Congress. The report also notes that the State Department “did not respond to our repeated requests for assistance in facilitating travel to Saudi Arabia and interviews with relevant Saudi officials.” (Saudi Arabia’s envoy to the United States, Princess Reema bint Bandar, also ignored the GAO’s query.)

“We requested this study because of concerns regarding how the United States has been engaging the Saudi government on nuclear cooperation,” said Sens. Bob Menendez, D-N.J., and Marco Rubio, R-Fla., in a joint statement. “We remain, however, deeply concerned about the lack of interagency coordination and how it might lead to an agreement without proper safeguards to prevent nuclear proliferation.”

Why it matters:  Lawmakers and nonproliferation experts fear that the Trump administration may sign onto an agreement with Saudi Arabia that would allow it to enrich uranium and reprocess plutonium on its territory — precursors to a possible nuclear weapons program.

While the Atomic Energy Act requires the executive branch to brief Capitol Hill on all civil nuclear talks, Menendez and Rubio cited their concern “over the lack of information shared with Congress” and urged the Trump administration to “adhere with the law and keep Congress fully informed of its negotiations.”

The GAO report recommends that the Trump administration “provide regularly scheduled, substantive briefings” to Congress on the negotiations. (The State Department concurred with the recommendation, even though it didn’t cooperate with the GAO on the report.) The report also suggests that Congress amend the Atomic Energy Act to specify “its expectations for timeliness and information” in the legally mandated briefings.

What’s next:  The Atomic Energy Act gives Congress the opportunity to vote down any civil nuclear agreement the White House reaches. However, Rubio wants to take that even further with a bill that would require Congress to affirmatively approve any nuclear deal with Saudi Arabia, further dimming the prospects for an agreement.

Know more:  The House Oversight Committee is also looking into the issue and released a report last year detailing whistleblower accounts of White House officials’ potential conflicts of interests in their push to reach a Saudi nuclear deal. Check out Bryant Harris’ report on that story. And see Al-Monitor's Week in Review here on the UAE’s civil nuclear program, which includes no enrichment and therefore no risk of weapons development.