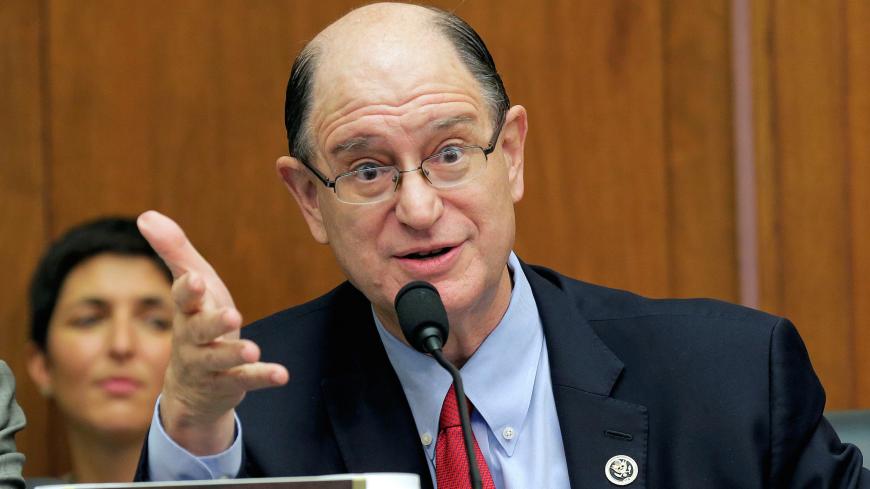 Secretary of State Mike Pompeo came under fire while testifying on Capitol Hill today over the Donald Trump administration’s transfer of nuclear technology to Saudi Arabia. The Energy Department, lawmakers revealed, has issued at least six authorizations for Saudi Arabia under Section 810 of the Atomic Energy Act, which allows US companies to provide nuclear technology or technical assistance to foreign countries.

The Energy Department has refused to disclose to lawmakers which companies have received the authorizations and what technology they may have transferred to Riyadh. In an email to Congress seen by Al-Monitor, an Energy Department official noted that each company has requested that the Trump administration not publicly release the documentation.

“We do inform a company that they have the right to request their authorization be withheld from public release if the nature of the authorization could cause them competitive harm or potentially provide insight into their proprietary information,” the official wrote. “This is not unexpected given that [Saudi Arabia] is a new market that US companies are exploring.”

A House aide told Al-Monitor that while the Barack Obama administration also issued 810 authorizations for the Saudis, those were publicly disclosed.

Why it matters: Rep. Brad Sherman, D-Calif., accused the Trump administration of using the authorizations as an “end run around the law in an effort to achieve a policy … to provide nuclear technology to Saudi Arabia before they enter into agreements for no reprocessing and no enrichment.”

Sherman asked Pompeo to provide Congress with the six 810 authorizations by the middle of next month. Pompeo would not commit to doing so.

“The Saudis have indicated they want civil nuclear power,” Pompeo said, “and we’ve been working to make sure they do so.”

Assistant Secretary of State for Nonproliferation Chris Ford has previously said that the State Department would also have some nuclear cooperation with Saudi Arabia.

Bypassing Congress: Another part of the Atomic Energy Act — Section 123 — requires a formal agreement to transfer US civil nuclear technology to another country. Under that section, Congress can vote down any agreement. Whistleblowers have told the House Oversight Committee that former Trump administration officials had tried to transfer nuclear technology to Saudi Arabia without such an agreement. IP3 International, the consulting firm that lobbied the White House on the plan, convened a meeting with Trump and nuclear developers earlier this year.

A Saudi nuclear deal? Sherman and a bipartisan group of lawmakers have repeatedly expressed concern over Saudi Arabia’s refusal to agree to an agreement that would preclude it from enriching uranium and reprocessing plutonium on its soil — precursors to a potential nuclear weapons program. Last year Sen. Ed Markey, D-Mass., called on the Trump administration to revoke all 810 agreements with Riyadh and suspend civil nuclear negotiations. Meanwhile, Crown Prince Mohammed bin Salman has said that Riyadh would pursue a nuclear weapons program if Iran does.

Know more: Read congressional correspondent Bryant Harris’ review of how White House officials worked with IP3 International to draft a plan that would give Riyadh nuclear technology without congressional buy-in.