Saudis recruit legal muscle for leverage in US nuclear negotiations

Saudi Arabia has hired an international law firm to help negotiate a more favorable civil nuclear agreement with Washington amid pushback in Congress. 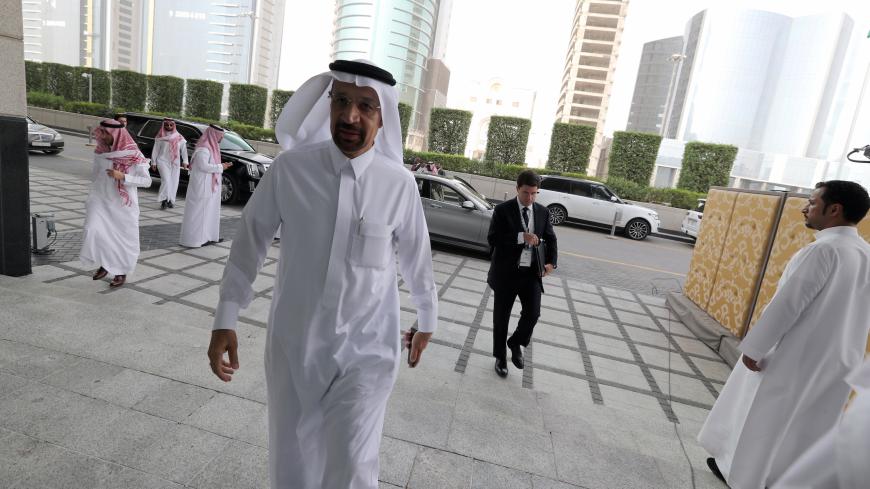 Saudi Energy Minister Khalid al-Falih arrives to attend the Saudi-US CEO Forum 2017 ahead of the arrival of US President Donald Trump, in Riyadh, Saudi Arabia, May 20, 2017. - REUTERS/Hamad I Mohammed

Saudi Arabia has hired an international law firm specializing in energy regulation in its efforts to extract a favorable agreement on civil nuclear cooperation from the United States.

Newly published lobbying disclosures reveal that the Saudi Ministry of Energy, Industry and Mineral Resources hired Pillsbury Winthrop Shaw Pittman in the past few days to “advise” it on “a potential bilateral agreement with the United States concerning peaceful uses of nuclear energy.” The firm will also provide Riyadh with guidance on “related legal matters concerning the development of a commercial nuclear program.” The deal is for an initial term of approximately 30 days and billing comes to $890 per hour.

Saudi insistence on retaining certain capabilities that could be used to produce nuclear weapons faces steep resistance in Congress even as some elements of the Donald Trump administration seem open to a more flexible deal.

Neither the Saudi Embassy nor Pillsbury responded to Al-Monitor’s request for comment.

Section 123 of the Atomic Energy Act of 1954 stipulates that the US government and Congress must sign off before American firms can transfer nuclear technology abroad. The US-based firm Westinghouse is competing with Russian, Chinese, French and South Korean firms for a lucrative contract to build Saudi Arabia’s first two nuclear reactors but would need a green light from Washington to proceed.

The United States and Saudi Arabia began on-and-off again nuclear negotiations back in 2012.

Pillsbury previously furnished the Saudis with “legal advice and assistance regarding the development of a peaceful commercial nuclear energy program” from 2011 to 2014 and supported Riyadh in its US negotiations. The firm separately registered to lobby Congress and the Barack Obama administration on behalf of the Saudi Embassy for six months in 2015.

Key lawmakers in both parties have pushed back on any agreement that doesn’t strictly limit Riyadh’s ability to use US nuclear technology for a weapons program, but the White House’s position remains murky. Bloomberg reported last year that the administration is actively considering an agreement that would give the Saudis greater flexibility to enrich uranium and reprocess plutonium.

“The administration continues to explore ways to engage in civil nuclear cooperation with Saudi Arabia in ways that meet our nonproliferation concerns,” a White House spokesman told Al-Monitor.

In August 2016, IP3 International, a consulting firm representing a consortium of US, French and Chinese energy firms, prepared a proposal for Saudi Arabia’s King Salman bin Abdul-Aziz Al Saud, pitching the construction of 16 reactors in the Gulf kingdom and 30 reactors in other countries throughout the region under a Saudi- and US-led “security umbrella.” ProPublica first reported last year that future Trump national security adviser Michael Flynn worked for IP3 International at the time.

The proposal reportedly gained traction early last year within the Trump administration after it was pushed by Flynn and others in the White House. Flynn resigned under an ethical cloud in February 2017, and he has recently come under scrutiny for failing to disclose trips to the Middle East in 2015 where he pushed a similar proposal at a previous company. The White House told Al-Monitor that no such proposal is currently under discussion.