Lawmakers are making it clear that any proposal to share civilian nuclear technology with Saudi Arabia must include robust nonproliferation safeguards. 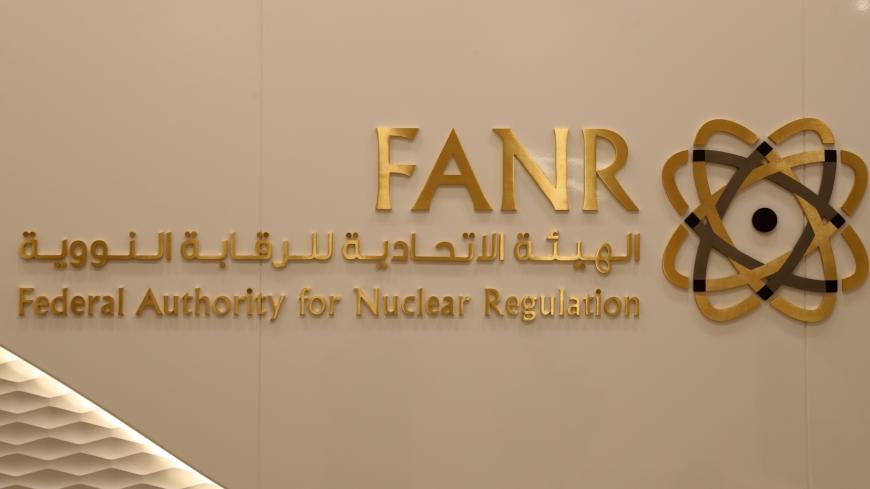 The sign and logo of the UAE's Federal Authority for Nuclear Regulation is seen at its premises in the capital, Abu Dhabi, Aug. 10, 2017. - GETTY/Karim Sahib

After years of informal negotiations, the United States is facing mounting pressure to reach a civilian nuclear agreement with Saudi Arabia or risk getting shut out of the Gulf kingdom’s lucrative energy market.

But Riyadh’s refusal to give up on certain capabilities that could be used in a nuclear weapons program has caused concern among lawmakers that the Donald Trump administration may be too keen to strike a deal.

Under Section 123 of the US Atomic Energy Act of 1954, Congress must review any agreement to supply a foreign state with US nuclear technology. While the Trump administration has yet to publicly rule out any concessions, Saudi insistence on retaining the right to enrich uranium and to reprocess plutonium faces significant roadblocks on Capitol Hill.

“I think we have made clear — not that it was necessary — that a 123 agreement that in any way contemplated an enrichment program is going to face a lot of opposition in Congress,” a congressional source familiar with the debate told Al-Monitor. “So I just don’t think that the executive branch is going to go there.”

The United States and Saudi Arabia have had on-and-off talks over a nuclear transfer agreement since 2012. But Riyadh’s recent announcement that it intends to award contracts for its first two nuclear reactors by the end of this year has created a new sense of urgency in Washington.

US firm Westinghouse is among those that have expressed interest, but its bid would be hamstrung if there’s any legal uncertainty about its ability to work with the Saudis. Firms in Russia, China, France and South Korea have also joined the fray.

“It’s very hard to see how the US stays in the mix if at the same time there is nothing moving on the 123,” said the congressional source. “It’s possible, I suppose, but it makes it difficult, so I do expect that the US will engage and soon.”

Nonproliferation champions in Congress have been pushing back since. The Wall Street Journal reported this week that Sen. Ed Markey, D-Mass., who sits on the Senate Foreign Relations Committee, told the Saudi ambassador last month that he would force a floor vote and debate on any proposed 123 agreement with Riyadh.

Instead, many lawmakers want any deal to adhere to what they call the “gold standard” embodied by a civilian nuclear agreement with the United Arab Emirates. The 2009 deal allows South Korea to use US technology to build nuclear reactors in the UAE; the first of the reactors is set to be operational this year.

But the UAE agreement also contains a provision allowing the emirates to seek to reopen negotiations if Washington were ever to strike a more favorable deal with any other Middle Eastern country. The congressional source argued that an overly permissive agreement with the Saudis “would immediately reopen those existing agreements.”

“Even aside from concerns about whether the Saudis should go down that path from the US point of view,” the source said, “the precedent would cause very significant difficulties for the US with existing other agreements.”

Riyadh says it ultimately hopes to spend approximately $80 billion on a total of 16 reactors. But many nonproliferation experts are skeptical of the oil-rich country’s true intentions. Instead, they’re concerned that Riyadh’s real intent is to keep pace with Iran’s more advanced nuclear program, which the 2015 Joint Comprehensive Plan of Action legitimized even as it hobbled its ability to build nuclear weapons.

“Members of the Saudi royal family have suggested that they may have an interest in nuclear weapons at some point in the future,” Daryl Kimball, the executive director of the Arms Control Association, told Al-Monitor. “There is considerable concern in Congress about any nuclear cooperation with Saudi Arabia that does not somehow make it harder for the Saudis to acquire enrichment and reprocessing technology in the future.”

Robert Einhorn, the former State Department special adviser for nonproliferation and arms control under President Barack Obama, said there are likely divergent views on the matter within the administration.

“There are probably some disagreements,” Einhorn told Al-Monitor. “There are some who probably want to persist with the gold standard and may even believe that we can talk the Saudis into it. Others believe that it’s very unlikely to get the Saudis to accept the gold standard and so we have to settle for something else and there continue to be disagreements that we have to resolve.”

Einhorn himself has drafted a proposal in the Bulletin of Atomic Scientists that he describes as “a wee-bit short of the gold standard.” He suggests an agreement that would allow the Saudis to ask Washington for permission on certain enrichment and reprocessing activities after 15 years.

The congressional source said the Saudis are clearly “ready to move forward” and the Trump administration has held at least one Cabinet-level meeting on the issue. Now all that’s missing is for the National Security Council to make a policy decision and “set out the negotiating instructions to our people so that they can get underway.”