Congress tries to defund US nuclear transfers to Saudi Arabia

House Democrats want to use the power of the purse to halt the transfer of US civil nuclear technology to Saudi Arabia. 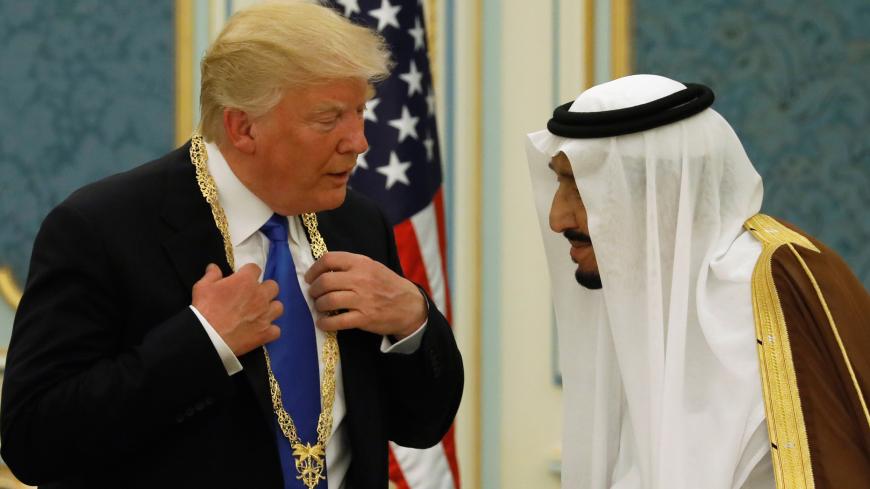 House Democrats are trying to use the power of the purse to block the transfer of US nuclear technology to Saudi Arabia amid concerns that the Donald Trump administration is too keen to strike a deal with the kingdom.

The House foreign aid panel’s spending bill for fiscal year 2020, released today, would bar the use of federal funds to “support the sale of nuclear technology to Saudi Arabia.” The provision comes as Democrats accuse the Trump administration of using a legal loophole to provide undisclosed nuclear technology and assistance to Riyadh.

“Given the administration’s failure to share important information about these activities with Congress, we included this provision, which prevents the administration from allowing the sale of nuclear technology to Saudi Arabia,” a House Democratic aide who did not want to be identified told Al-Monitor. “We hope this will force much-needed transparency on this issue.”

Lawmakers are concerned that Riyadh has not agreed to terms that would preclude it from enriching uranium or reprocessing plutonium on its territory, precursors to a nuclear weapons program. Crown Prince Mohammed bin Salman notably raised eyebrows last year by vowing that Saudi Arabia would pursue a nuclear weapon if Iran obtained one.

But some nonproliferation experts are skeptical that the legislation unveiled today would effectively deter the administration, which is determined to strike a civil nuclear deal with Riyadh, from continuing nuclear transfers.

“Whether it actually achieves that is not clear because it says ‘the sale of,’ and at this stage in the process, nobody in the government is supporting a specific sale,” said Daryl Kimball, the executive director of the Arms Control Association. “They are engaged in negotiations on the terms of economic transactions, so I think there’s probably a clever lawyer at the State Department who can probably wiggle out of this.”

The Atomic Energy Act requires a so-called 123 agreement with a foreign country in order for US companies to transfer nuclear technology for civilian use. Congress has the power to veto any such agreement. Democrats on the House Oversight Committee released a report earlier this year detailing whistleblower accounts of the White House’s efforts to transfer nuclear technology to Riyadh without a 123 agreement.

But under Section 810 of the law, the Energy Department can also authorize US companies to transfer limited nuclear technology and assistance without any agreement. The Trump administration says it has issued seven Section 810 authorizations for Saudi Arabia but has not publicly disclosed what organization or organizations they were awarded to, or for what purposes. The Barack Obama administration also issued 810 authorizations for sales to the kingdom but was more transparent with Congress.

While Democratic appropriators maintain that the legislation would bar the Trump administration from issuing future 810 authorizations, Kimball voiced skepticism that the provision would affect the Energy Department as the spending bill only appropriates funds for the State Department.

“My common reading of this bill is that it would not restrict Energy Department activities in any way,” Kimball said.

Still, with Riyadh’s reputation on Capitol Hill taking a hit from the murder of journalist Jamal Khashoggi and the humanitarian crisis in Yemen, members of both parties are taking a hard line on Saudi civil nuclear cooperation.

Mark Dubowitz, the executive director of the hawkish Foundation for Defense of Democracies, also argued against transferring nuclear technology to Riyadh in a Washington Examiner op-ed today.

“Wednesday’s decision by the Islamic Republic of Iran to break the restrictions of the Iran nuclear deal,” he wrote, “is a further reminder that neither Iran, nor for that matter Saudi Arabia, needs nuclear power.”

Correction: May 13, 2019. The US Energy Department has acknowledged granting seven waivers for nuclear transfers to Saudi Arabia, not six,