Intel: How White House efforts to sidestep Congress on Saudi nuclear deal are blowing up

The House Oversight Committee spoke with Donald Trump administration whistleblowers and released a report Tuesday detailing the White House’s efforts to give Congress the run-around in its determination to reach a civilian nuclear agreement with Saudi Arabia. 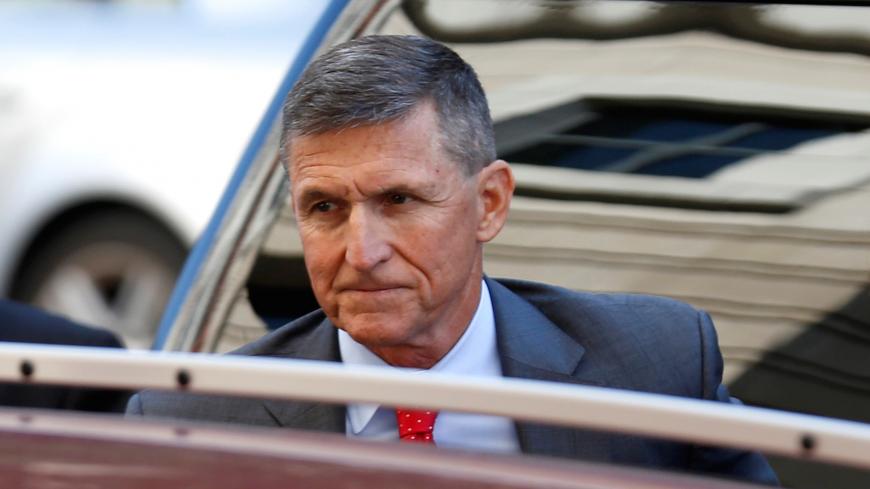 Former national security adviser Mike Flynn arrives for a status hearing related to his guilty plea on charges that he made false statements in special counsel Robert Mueller's Russia investigation, at US District Court in Washington, July 10, 2018. - REUTERS/Joshua Roberts

The House Oversight Committee spoke with Donald Trump administration whistleblowers and released a report Tuesday detailing the White House’s efforts to give Congress the run-around in its determination to reach a civilian nuclear agreement with Saudi Arabia.

“The whistleblowers who came forward have expressed significant concerns about the potential procedural and legal violations connected with rushing through a plan to transfer nuclear technology to Saudi Arabia,” the report notes. “They have warned of conflicts of interest among top White House advisers that could implicate federal criminal statutes.”

Why it matters: The report raises renewed questions as to whether Trump intends to pursue a Saudi nuclear deal that would allow Riyadh to enrich uranium and reprocess plutonium on its territory — possible precursors to a nuclear weapons program.

Democrats released the report exactly a week after the president met with nuclear power developers to discuss exporting US nuclear technology to Saudi Arabia and Jordan. The meeting was organized by IP3 International — the consulting group that first drafted the proposal in question. Former national security adviser Mike Flynn, who worked with IP3 International in 2016, pushed for the proposal at the time despite concerns from career National Security Council (NSC) staffers. After Flynn resigned, NSC Middle East director Derek Harvey aggressively pushed forward with the plan (Harvey now works for Rep. Devin Nunes, R-Calif., the top Republican on the House Intelligence Committee).

Bipartisan backlash: Potential conflicts of interest aside, Harvey’s insistence on moving forward with the proposal didn’t take into account that Congress can block any nuclear agreement. Section 123 of the 1954 US Atomic Energy Act lays out guidelines that any civil nuclear deal must adhere to — and gives Congress the ability to vote down any such agreement.

“Mr. Harvey reportedly ignored these warnings and insisted that the decision to transfer nuclear technology to Saudi Arabia had already been made,” states the report.

Lawmakers from both parties have long opposed giving Saudi Arabia technology that could be used for nuclear weapons. The current wave of anti-Saudi sentiment following the murder of Jamal Khashoggi has only made them more hesitant to trust Riyadh.

In a statement, House Intelligence Chairman Adam Schiff, D-Calif., said "the report raises serious questions" for Congress to answer, such as: "What involvement did other senior Administration officials, including the President, and foreign actors, particularly the Saudi leadership, have in the effort to short-circuit the legal requirements for nuclear cooperation with the US? Are backchannel efforts still underway, notwithstanding the alarms raised by ethics lawyers? What is driving this policy of subservience of American national security interests to the interests of Saudi Arabia?”

Last week, Sens. Jeff Merkley, D-Ore., Rand Paul, R-Ky., and Ed Markey, D-Mass., reintroduced a resolution warning against any agreement that would allow Riyadh to enrich uranium and reprocess plutonium on its territory. Markey and Rep. Brad Sherman, D-Calif., have also introduced legislation that would require Congress to affirmatively sign off on any Saudi nuclear deal.

What’s next? The report notes that Flynn’s successor as national security adviser, H.R. McMaster, eventually put the lid on IP3 International’s proposal and later ousted Harvey. However, Trump fired McMaster last year and replaced him with John Bolton, an Iran hawk. Saudi Crown Prince Mohammed bin Salman, for his part, has said that Riyadh would also pursue a nuclear weapon if Iran does.

The White House told Al-Monitor last year that the Flynn proposal was not on the table but did not respond to recent queries about whether it is once again under consideration.

Know more: Subscribe for free to Al-Monitor for all the latest on Riyadh’s lobbying on nuclear energy and other issues and to read our rolling coverage of Saudi policy on Capitol Hill.