House Democrats on Tuesday shed more light on a years-long lobbying campaign in which Saudi Arabia and the US nuclear industry worked with some of President Donald Trump’s key allies to secure a favorable civil nuclear agreement. 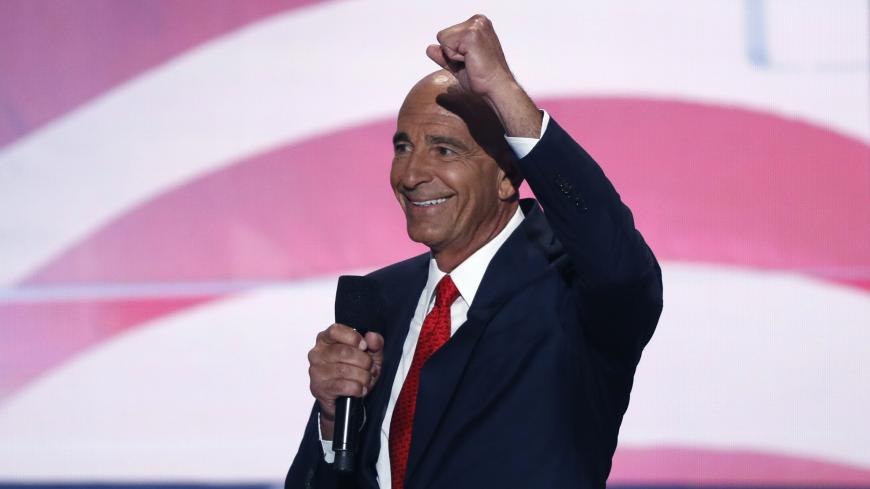 House Democrats on Tuesday shed more light on a yearslong lobbying campaign in which Saudi Arabia and the US nuclear industry worked with some of President Donald Trump’s key allies to secure a favorable civil nuclear agreement.

The House Oversight Committee released a new tranche of documents — obtained from Trump administration whistleblowers — indicating that the president’s longtime friend and campaign inauguration chairman, Tom Barrack, had solicited Saudi and Emirati funding in his bid to buy the US nuclear reactor firm Westinghouse even as he pushed the White House to reach a nuclear deal favorable to Riyadh.

Barrack worked with IP3 International, a nuclear industry consulting firm, to push the Trump administration to transfer US nuclear technology to Saudi Arabia, the United Arab Emirates and Jordan. The report also reveals that Barrack acted as liaison between the Trump campaign and the Gulf states, allowing Saudi and Emirati officials to edit the campaign’s speeches.

IP3 International convened a meeting between Trump and nuclear industry officials in February. The oversight report also notes that the White House canceled a meeting between IP3 International with national security adviser John Bolton in March because of “legal and ethical concerns.” The president’s former national security adviser Michael Flynn pushed the firm’s proposal during his short tenure in the White House. The White House did not respond to request for comment.

Why it matters: Democrats argued that the “new documents raise serious questions about whether the White House is willing to place the potential profits of the president’s friends above the national security of the American people and the universal objective of preventing the spread of nuclear weapons.”

The report comes amid overwhelming bipartisan pushback to any civil nuclear agreement with Saudi Arabia, especially one that would fall short of a so-called gold standard agreement. The gold standard refers to Washington’s 2009 civil nuclear agreement with the United Arab Emirates whereby the Emiratis agreed to rule out activities that could lead to a nuclear weapons program on its soil. The Saudis have refused to commit to a similar arrangement.

After Saudi Arabia murdered journalist Jamal Khashoggi, Sen. Marco Rubio, R-Fla., and other Republican hawks urged Trump to suspend civil nuclear negotiations with Riyadh. Congress already has the ability to vote down a civil nuclear deal with any country, but Rubio has joined Sen. Ed Markey, D-Mass., in introducing legislation that would require Congress to affirmatively vote on any accord reached with Saudi Arabia. Rep. Brad Sherman, D-Calif., has introduced companion legislation in the House, which Democrats attached as an amendment to an annual defense authorization bill earlier this month.

What’s next: In the report, the House Oversight Committee said it may “seek compulsory process to obtain information” from Trump administration officials regarding the nuclear talks with Saudi Arabia. But Trump has told current and former administration officials not to comply with congressional subpoenas, setting the stage for a potential constitutional showdown.