Saudi Arabia's recent decision to increase its value-added tax by 200% could spell the end of chances for regional economic integration and policy coordination. 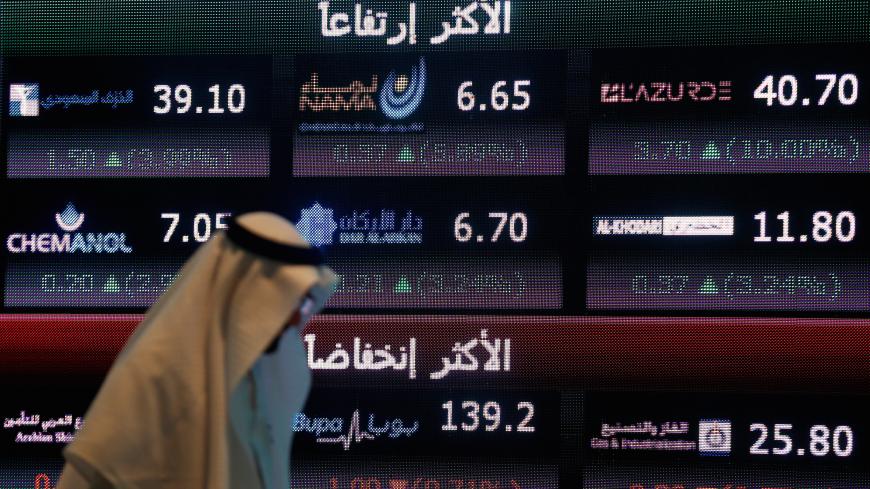 June 5 will mark the third anniversary of the Gulf Cooperation Council (GCC) rift, the ongoing dispute and embargo of Qatar by its neighbors Saudi Arabia, Bahrain and the United Arab Emirates (UAE). Clearly, the GCC, as a regional organization, has been under stress for some time, with very little progress from either local mediation efforts led by Kuwait, or any forceful mending of fences led by the United States. What spells the end of the GCC may be something more benign, yet widely disliked — taxes.

Saudi Arabia's decision to increase its value-added tax (VAT) by 200%, bringing it to a 15% tax on goods and services to begin on July 1, means that there is now no chance for regional economic integration and policy coordination. That policy coordination was the backbone of the GCC, the idea that the six states could enact a uniform policy on trade with each other, and the equal treatment of citizens as investors and property owners across their borders. Since 2017, the equal treatment of GCC citizen investors has failed, at a high cost to lost investment in business and real estate.

The GCC formed in 1981 in an effort at collective security in response to the Iranian revolution, and subsequently Iraq's invasion of Iran. But security cooperation and sovereignty, particularly between monarchies, are not easily aligned. As senior researcher Jeffrey Martini and colleagues at the RAND Corporation have argued, “Within the sovereignty-sensitive GCC, economic cooperation was judged as more attainable than ceding decision-making over foreign affairs or merging their military capabilities into a truly integrated collective defense capability.”

So, in 1983, the GCC launched its Free Trade Agreement, which reduced trade restrictions between member countries and facilitated trade flows in an effort at regional coordination. In 2003, the GCC marked another step forward with the establishment of a customs union. The common market, allowing free movement of people and goods, began in 2008. Intra-GCC trade has grown nearly fortyfold since its establishment; yet, as the International Monetary Fund (IMF) has demonstrated, intra-GCC non-oil trade remains low, at only 10% of total non-oil trade in 2016. The region tends to produce the same things, so complementarities in exports and trade are low. Out of the $85 billion intra-GCC trade in 2016, the UAE accounted for the largest share, mostly because it is a re-export hub, according to the IMF.

More recent integration efforts in coordinated monetary policy, shared electricity and trading platforms have also been unsuccessful. Now, even the notion of a coordinated tariff policy seems out of reach. Saudi Arabia and the UAE initiated the 5% VAT in January 2018. Bahrain came on board a year later, while Qatar, Oman and Kuwait have delayed, but not rejected outright, a commitment to enact a 5% VAT in the next two or three years.

The implication of failed regional economic policy on the treatment of citizen investors and now disparate taxes on consumption lead to questions on the remaining unofficial pillar of GCC economic cooperation, pegged currencies to the US dollar. (Kuwait has a currency basket including the US dollar.) There is now reason to see how GCC states will become more independent in both fiscal and monetary policy-making.

More importantly, the future of GCC economic policy now looks like a competitive landscape between members, in terms of their tax climate, treatment of foreign investors and interest in providing longer-term residency or citizenship rights to foreigners. But the simple cost of living and of doing business will go a long way to determine where people want to stay and invest, whether citizen or foreigner. This is not necessarily a bad thing. With more policy flexibility there can be more policy innovation, for those states able to take advantage of foreign investors and residents. In this sense, the smaller and wealthier GCC states are at an advantage over those with large populations to care for and large dollar-denominated debt burdens to shoulder.

Saudi Arabia has clearly prioritized its fiscal deficit as a policy problem and its high VAT may in the future be a source of government revenue. In the short-term, however, it makes the private sector less attractive as an investment destination compared to its neighbors. And for Saudi citizens, shopping in Bahrain just got a lot more attractive. For the GCC as a regional organization, its efficacy and usefulness as an engine of collective growth and policy coordination is probably over.