GCC Railway: a train across a fractured Gulf? 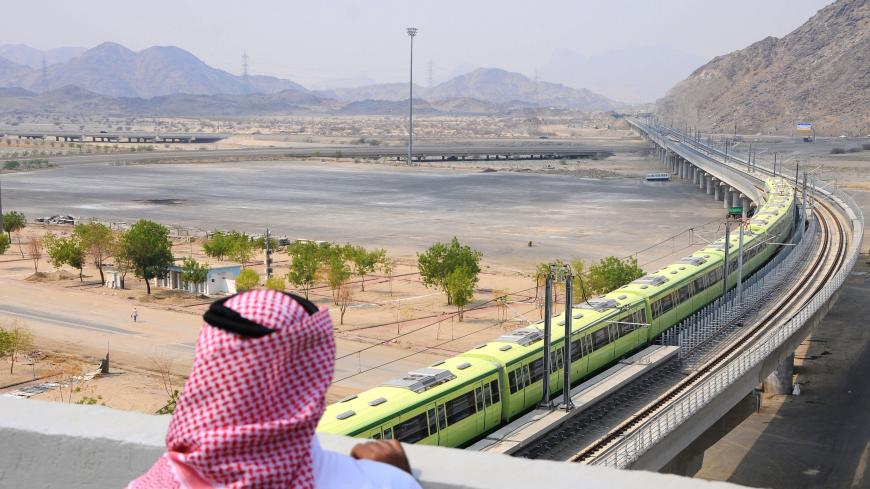 Limited progress has been made since a 1,350-mile-long rail network stretching across Gulf Cooperation Council (GCC) countries was announced more than 15 years ago.

Repeatedly delayed, the megaproject is now expected to be partially completed in 2023, linking Saudi Arabia to the United Arab Emirates (UAE) and Oman, Saudi newspaper Al-Jazirah reported. Although the report specified Bahrain and Kuwait would be added to the network two years later, Qatar, part of the original proposal, is not mentioned.

Saudi Arabia, the UAE, Bahrain and Egypt imposed a blockade on Qatar in June 2017, accusing the emirate of backing Islamist radicals and Iran. Doha denies the charges.

“The prospect of one single railway network that integrates all six of the GCC states seems uncertain,” Kristian Coates Ulrichsen, a fellow for the Middle East at the Baker Institute for Public Policy at Rice University in Houston, told Al-Monitor. Once a symbol of unity, the ambitious project could pay the price of a political crisis that has weakened regional cohesion.

In an interview with the president of Al-Monitor, Andrew Parasiliti, in late June, Qatar's Ambassador to the United States Meshal Al-Thani said some countries are “trying to undermine” the work of the GCC. The Secretariat General of the GCC did not respond to requests for comment sent by Al-Monitor.

Since 2014, low crude prices have destabilized Gulf economies and delayed investments in megaprojects. The $15 billion railway project, which connects domestic rail infrastructures built separately by each country, is highly vulnerable to cuts in capital expenditures.

The COVID-19-induced economic downturn is adding further pressure, as the debt of GCC governments is expected to soar by “a record-high” this year, S&P Global Ratings said.

According to Ulrichsen, portions of the railway could still see the light of day based on economic interests — the UAE completed a domestic line in 2015 to carry sulfur from the Al Dhafra region to the port of Ruwais. Yet even the construction of limited links “may still be vulnerable to regional tensions and the ongoing economic uncertainties,” he added.

Talking to Al-Monitor, Olivier Le Ber, Middle East and North Africa Transport Manager at the World Bank, pointed out the close interrelation between each portion of the GCC railway. For example, “The rail segment in Qatar is not meaningful unless connected to the Saudi network,” he said in reference to technical aspects.

Until December 2016, the World Bank was mandated by the Secretariat General of the GCC to help in designing the project. “We provided advice mainly on technical harmonization toward the adoption of common guidelines for all six countries — for example, selecting the same signaling system to avoid changing locomotives at the border," Le Ber said.

During its advisory mission, the World Bank also recommended establishing a single rail operator to centralize the exploitation of the network, rather than six independent entities. “So far, and to our knowledge, they don’t seem to be working on this option,” he said.

Etihad Rail and the Saudi Railway Company did not respond to requests for comment.

Yet the prospect of a railway running from the Gulf’s northernmost state of Kuwait all the way to Oman remains a source of enthusiasm. In 2018, the former GCC Secretariat General said it could have “a far-reaching impact” in terms of socio-economic development.

Many Gulf citizens view the project as a positive development. “All the region will be united, cooperating together to be one GCC, which is very helpful, beneficial and productive to all,” Omar Haitham BuAisha, a Saudi communication specialist, told Al-Monitor.

Indeed, besides easing the mobility of millions of passengers, the GCC railway could carry up to 29 million tons of freight, boost regional trade and reduce transportation costs.

Although trade barriers are low, intra-GCC non-oil trade remains weak. Established in 1981, the GCC lacks uniform economic policies, highlighted by Saudi Arabia’s recent decision to triple its value-added tax while Oman, Qatar and Kuwait have yet to implement it.

In the long term, GCC countries could also take advantage of a rail network to facilitate trade with the wider Middle East. According to Le Ber, the Kingdom of Saudi Arabia is currently exploring opportunities to connect its rail tracks to neighboring Iraq and Jordan.

A promotional video released by Israel’s Ministry of Foreign Affairs in August 2019 also said the Jewish state intends to revive the Hejaz railway and connect it with Saudi Arabia.

By easing freight movements, the GCC railway would strengthen alternative hubs from where imported commodities and hydrocarbons shipments could enter/exit the region while avoiding security risks faced by tankers traveling through the Strait of Hormuz.

Iran regularly threatens to close the strategic chokepoint that serves as a transit for most crude exported by GCC countries. In this context, ports located out of the Hormuz corridor, such as Oman’s Duqm or terminals on the Red Sea coasts, could emerge as cost-effective gateways.

However, such a scenario would disrupt the current GCC supply chain and challenge the role played by the UAE's Jebel Ali port as a major re-export hub for the Gulf region. Re-exports between Dubai and other Gulf countries account for about half of the total intra-GCC trade in 2017.

Surely more than any other megaproject, the GCC railway requires regional interests to be placed above national ones and for Gulf policymakers to look in the same direction.

Earlier this month, King’s College London assistant professor Andreas Krieg told Al-Monitor, “Multilateralism in the Gulf has been replaced with unilateralism and bilateralism.”

Although the coronavirus crisis threatens the GCC’s hydrocarbon-centered model of development and urges the region to diversify its economy earlier than expected, attempts for further economic integration are likely to remain dictated by political fault lines.