Oman is betting on strategically located ports and container terminals to expand its logistics sector, hoping to serve as a prime gateway to Gulf markets. 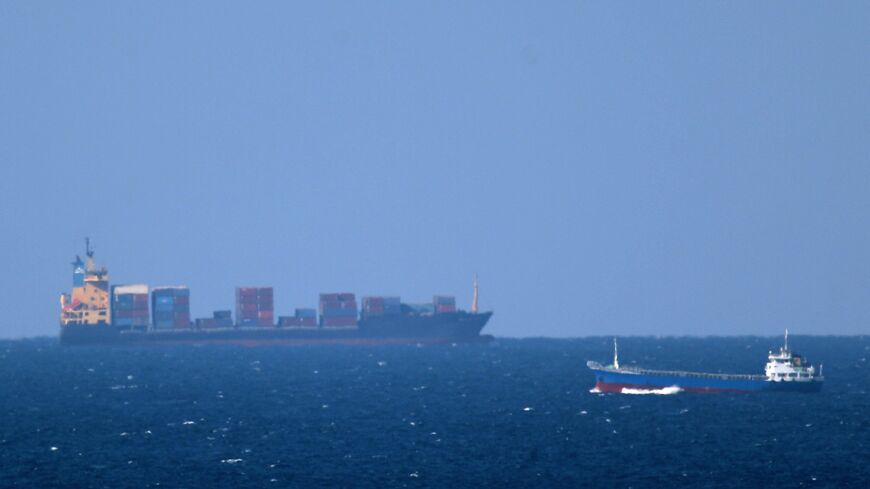 A cargo ship cruises toward the Strait of Hormuz off the shores of Khasab in Oman on Jan. 15, 2011. - MARWAN NAAMANI/AFP via Getty Images

“We want to significantly improve the contribution of logistics into our economy. … We are actually building the sector for the next generation. That is our responsibility,” Abdulrahman Al-Hatmi, CEO of Oman’s national logistics group, ASYAD Group, told Al-Monitor.

As Oman crude oil reserves dwindle — they could be depleted in the next 25 to 30 years at 2019 production levels — the country targets five sectors, including logistics, to re-energize its economy and diversify government income — 40% of which currently comes from oil revenues.

Logistics could employ 300,000 people in Oman by 2040 as it leverages its location at the center of global shipping routes to emerge as the Gulf’s gateway. For centuries, Oman reigned over a vast maritime trading empire encompassing most of the Western Indian Ocean.

Today, one of Oman’s strategic advantages is its location outside of the Strait of Hormuz. This narrow waterway connects the United Arab Emirates (UAE), the Gulf’s current logistics powerhouse, to the rest of the world. Iran's Islamic Revolutionary Guard Corps seized ships in the strategic Strait of Hormuz and had said it could close it, pushing up insurance premiums for vessels.

Following the attack off the coast of the UAE of two tankers carrying petrochemicals for Japanese and Taiwanese customers in June 2019, tanker insurance rates jumped tenfold. 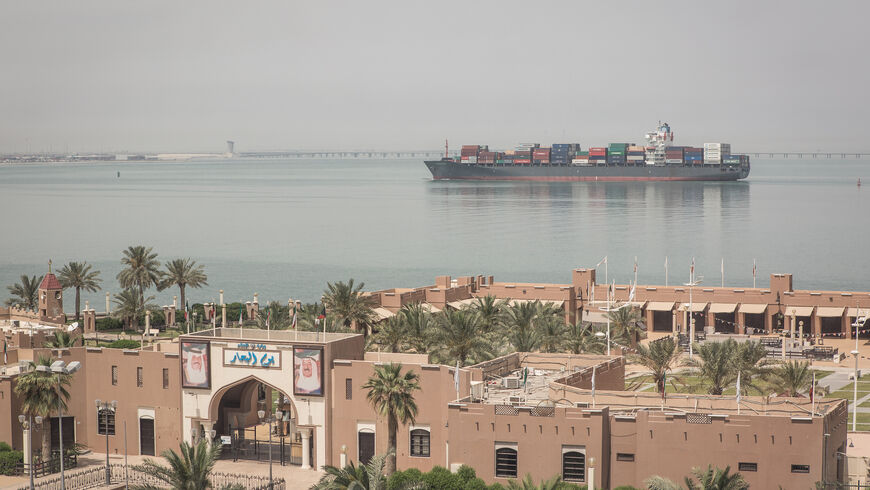 “Even if neither overt war nor covert attacks affect the UAE, the perception of them might convince some shippers to increasingly utilize neutral Oman's ports,'' said Ryan Bohl, a Middle East analyst at the US-based geopolitical-risk firm Stratfor. Indeed, Oman maintains cordial relations with the Islamic Republic of Iran, with which it shares the Strait of Hormuz.

“Oman could serve as a logistic hub for the region, not a market on its own,” said Mahmood Al-Wahaibi, an urban planning expert who worked for the Oman National Spatial Strategy until September 2021 and was involved in Oman’s development plan, Vision 2040. The country’s gross domestic product ranks 70th globally. He told Al-Monitor, “Agreements with neighboring countries are essential to make it happen, but currently there is no political will from other Gulf states. They do not want us to dominate the region’s logistics market.”

Hatmi believes ​​Oman is “well positioned” regarding its location. “We talk to our logistics counterparts in the Gulf Cooperation Council (GCC) countries on how to leverage that,” he said, calling on the six GCC states to “work together” on improving logistics corridors.

About a 400-kilometer (250-mile) drive from Oman’s capital, Muscat, lies an example of the challenges ahead. The only road that connects the Sultanate to Saudi Arabia ends abruptly at the border. “The Ramlet Khelah border post is ready on our side, but we do not know when the entry to Saudi Arabia will be officially open,” a Royal Oman Police agent told Al-Monitor.

Sovereignty-sensitive Gulf states have made limited progress in connecting their strategic infrastructures. Mistrust between Gulf states was on full display from 2017 to early 2021 when Saudi Arabia, the UAE and Bahrain imposed a blockade on Qatar, cutting air, land and sea routes to the peninsular nation. In reaction, Doha expanded its container handling capacity and farming industry, thus limiting the need to rely on other Gulf states’ ports.

There is hope, though. The GCC railway, a regional rail network that has yet to materialize, is a “pivotal project” that would “transform” Omani ports, Wahaibi said. “It would change the region’s logistics dynamics but also the political environment, enhancing mutual trust.”

Besides economic benefits and easing intra-Gulf mobility, the rail network would also cut carbon dioxide emissions by 70 to 80% compared to trucking, Etihad Rail estimated. The UAE, Saudi Arabia and Bahrain pledged to go carbon neutral by 2050 and 2060, respectively.

But Oman’s ambitions to be the Gulf’s entry point rivals the UAE dominance in logistics. Emirati port operator DP World moves nearly one in 10 of the world's containers. It operates ports, terminals, free zones and logistics hubs across six continents, including its flagship Jebel Ali Port in Dubai, which contributes to about a quarter of the emirate’s GDP. 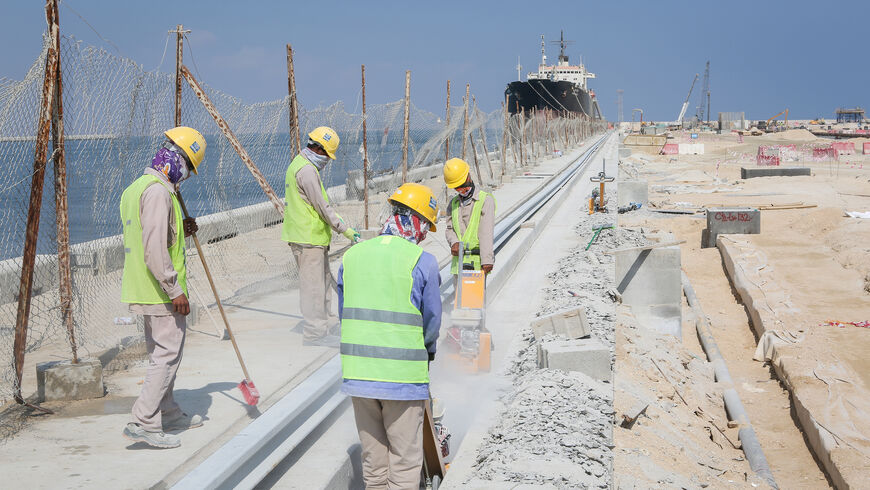 Oman could turn the nascent Saudi Arabia-UAE economic competition into an opportunity. “For Saudi Arabia, Oman is an alternative to the UAE in terms of ports and logistics — kind of a plan B. So if anything happens with the UAE, it does not affect them,” Wahaibi said.

Competition between Gulf ports that have made its port’s expansion “all the much harder” is not Dubai’s only challenge, shipping newspaper Lloyd's List reported. The Middle East’s largest port faces intra-UAE stiff competition with the rise of Abu Dhabi’s port.

Since he succeeded his cousin who ruled the country for about half a century, Sultan Haitham primarily looked inward to contain spiraling budget deficits in an effort to preserve Oman’s independent and neutral foreign policy. Oman introduced a repeatedly delayed 5% value-added tax (VAT) in mid-April 2021 and started to reorganize government companies.

But intensifying pressure on public finance could push the Sultanate to tap more aggressively into its unrivaled network of diplomatic ties to promote Omani ports as a competitive neutral gateway to the Gulf. “This opportunity is limited by the reality that the UAE's ports are more developed and access the large internal market of the UAE itself. Some shippers will continue to risk the potential of disruption,” Stratfor’s Bohl told Al-Monitor.

Salalah Port's largest shareholder, Maersk-owned APM Terminals — one of the world’s largest port and terminal operators — views Oman’s southern port as an important part of its network in the Middle East. “We expect this importance to only grow further in the future,” an APM Terminals spokesperson told Al-Monitor, noting the terminal’s “world-class efficiency.”

In 2020, the United Nations Conference on Trade and Development rated Oman's ports No. 1 in terms of speed of container handling, slightly faster than in Emirati ports.

About 550 kilometers (340 miles) north of Salalah, the coastal town of Duqm was expected to become a terminal outside of the Strait of Hormuz for exporting Gulf oil to international markets. But regional cooperation failed to materialize, and Duqm is “kind of lost” between the Sohar and Salalah ports, Wahaibi said, “not knowing exactly what to position itself for.”

Hatmi said Duqm is well positioned to serve Oman’s industries like oil and gas, fisheries and mineral. “We talk about billions of tons of reserves, so Duqm could be used to export to fast-moving countries like India and China,” he said. The US Department of Commerce's International Trade Administration noted Oman’s host mineral resources “still relatively untapped, with large deposits of metals and industrial minerals waiting to be unearthed.”

Already in 2009, Oman’s undersecretary for Ports and Maritime Affairs said Duqm would be a “primary port of call for naval vessels,” a cable published by Wikileaks revealed.

Yet Oman struggles to move the needle to attract business owners who still view Jebel Ali as the region’s hub to connect with the world. According to the National Center for Statistical Information, the UAE captured 24% of Oman’s non-oil export and re-export in 2017.

“Economically speaking, Oman underutilized its port infrastructures. We have built them, but the question mark right now is really what are the economic benefits?” Wahaibi asked.