As GCC turns 40, all eyes on post-oil era

The GCC alliance hopes for greater future economic growth in the Gulf. 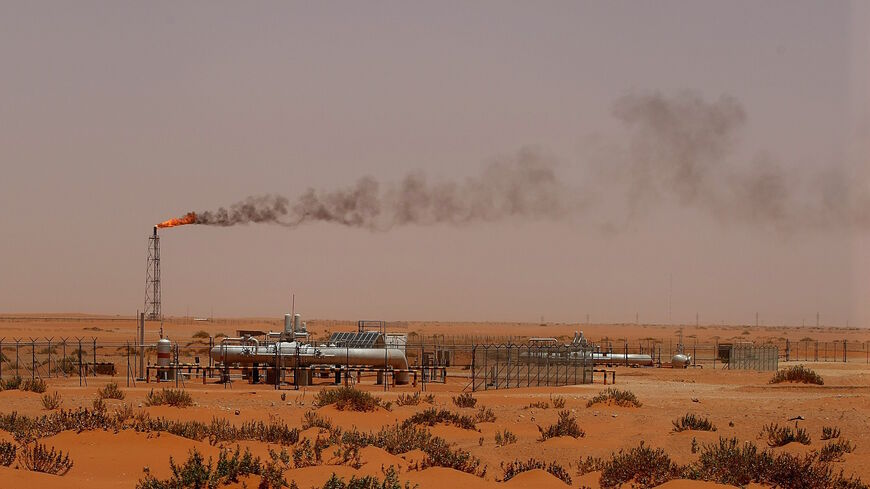 A flame from a Saudi Aramco oil installion known as "Pump 3" is seen in the desert near the oil-rich area of Khouris, 160 kilometers east of the Saudi capital, Riyadh, on June 23, 2008. - MARWAN NAAMANI/AFP via Getty Images

“The Gulf Cooperation Council (GCC) has proven all skeptics wrong from day one until today,” Emirati political scientist Abdulkhaleq Abdulla told Al-Monitor. Forty years after the rulers of the six Gulf Arab states met on May 25, 1981, at the InterContinental Abu Dhabi Hotel to attend the first GCC summit, the political and economic alliance is still alive and well.

Over the span of four decades, the GCC reaffirmed existing social ties and shaped a stronger “Khaleeji identity,” Abdulla said, in reference to a term referring to a person from one of the GCC states. “There are now about 30 million Khaleejis today who say they are Khaleejis.”

This has not been without obstacles. The organization was left for dead when Saudi Arabia, the United Arab Emirates (UAE) and Bahrain imposed a blockade on Qatar in mid-2017, irritated by Doha’s ties with Iran, the Muslim Brotherhood and its independent foreign policy, viewed as punching above the second-smallest Gulf country's weight.

Gulf states have now buried the hatchet with the Al-Ula Declaration, and the GCC, paralyzed during the rift, has come to life again. “The GCC is alive, sticking and strong,” Abdulla said.

Bader al-Saif, assistant professor of history at Kuwait University, told Al-Monitor the GCC played a “vital role” over 40 years in various fields including security, economy, education, health, IT, green technology and more. Yet he stressed the GCC’s “mixed” record.

“Much more could have been done during this period,” he said with hope for the future.

'The GCC should be at the table'

The alliance’s main challenge is now to find its raison d'etre: “Define itself by what it is for and not what it is against,” diplomatic sources told Al-Monitor. The GCC, established shortly after the 1979 Islamic Revolution in Iran, was partly founded to counter Iranian interference.

Yet the GCC did not take part in the negotiations process when the five permanent members of the UN Security Council, with the addition of Germany, signed an agreement with Iran. As talks to revive the Iran deal have resumed under the Biden administration — former President Donald Trump withdrew from the deal in 2018 — Saudi political analyst Faisal Al-Shammeri told Al-Monitor, “It is a mistake by the 5+1 countries to have excluded the Gulf Cooperation Council from the table; the GCC should be at the table.”

He said the GCC could be the vehicle to open “a new page” with Iran. Crown Prince Mohammed bin Salman said Saudi Arabia looks to build a “positive relationship” with Iran.

But for the GCC, the time might have come to create momentum beyond the sole question of Iran and to become a beacon for GCC countries to institutionalize trust, as the region readies itself to face the post-oil era. A global shift toward renewables is forcing Gulf states to look past the oil and gas rentier model that propelled economic development in recent decades.

The GCC could be an “optimal tool” to share best practices in terms of economic diversification, learn from each other, build synergies, and coordinate the region’s future economic growth beyond oil and gas revenues, the diplomatic sources in the Gulf said.

Greater economic coordination would benefit “any sector that requires research and development,” including renewable energy, artificial intelligence, robotics and other such growing sectors, said Omar al-Ubaydli, a Bahraini economist who is director of research at the Bahrain Center for Strategic, International and Energy Studies (Derasat).

“The European Union has shown how economic integration can amplify research output, such as through the Erasmus program of researcher exchange. This example and others would be very useful for the GCC countries to emulate,” he told Al-Monitor.

Over the past 40 years, the GCC notably established with success a customs union and common market and enabled Gulf citizens to move around the region without restrictions. “Between 1983, when intra-GCC trade began through a free trade agreement, and 2014, trade within the bloc increased 40-fold,” wrote the Abu Dhabi-based The National.

Completing a repeatedly delayed 1,350-mile-long rail network stretching across GCC countries could boost trade. A regional railway network could “double or triple” GCC cross-border trade, the organization’s secretary-general said during a May 2021 interview.

“There is a big gap to date; we do not have a strong human rights body in the GCC similar to what exists in Europe.” And there is a business case for the protection of migrant workers, he said. “Gulf states aim to become a magnet for global sporting, cultural and economic events; this requires a better image in terms of human rights and workers' rights.”

'Every man for himself'

Deeper integration, however, often bumps into conflicting interests between GCC members whose economic models are viewed by analysts as not necessarily complementary. Therefore, national self-interest often prevails over regional development, as illustrated by Riyadh’s ultimatum for global firms to relocalize regional headquarters to the kingdom by 2024.

In July 2020, the kingdom unilaterally tripled its value-added tax rate to 15%, increasing “fragmentation within the GCC bloc” as the region previously agreed on a standard 5% rate.

Previous plans to establish a single GCC currency appear to have been indefinitely shelved.

“More evidence that in the post-pandemic Gulf, its every man for himself,” tweeted Kristin Smith Diwan, a senior resident scholar at the Arab Gulf States Institute in Washington.

Diplomatic sources noted a “full-fledged GCC” would require “the big guys” — Saudi Arabia, the UAE and Qatar — to accept aligning their interests for the sake of the collective good. Critics argue the GCC decision-making process often overlooks the interests of smaller states.

The secretary-general of the GCC did not respond to a request for an interview.

'The vehicle for this Gulf moment'

Comparisons between the GCC and the European Union are “extremely flawed,” said Cinzia Bianco, research fellow on Europe and the Gulf at the pan-European think tank European Council on Foreign Relations. “It is just the sun and the moon.”

Yet Bianco sees much “value” in the GCC, including increasing the region’s bargaining power by negotiating as a group rather than individually. For example, “They could leverage their unique wealth in natural resources better” when negotiating energy deals with Asian countries, some of the world's largest consumers of oil and gas and major Gulf clients.

Boosting the collective bargaining power of GCC oil exporters could be advantageous cooperation. A May 2021 International Energy Agency report predicts a “huge decline in the use of fossil fuels” by mid-century but specified that an increasingly concentrated number of producers, with Gulf states topping the list, is likely to supply the 24 million barrels of oil the global economy is expected to consume each day in 2050, down from 91 million in 2020.

This might be unlikely to happen in the near term. “GCC countries do not conduct most of their policies as a single bloc but rather on a unilateral basis,” Naser al-Tamimi, a UK-based Middle East political analyst with interests in Gulf-Asia relations, told Al-Monitor.

Part of the explanation lies in the intergovernmental organization’s approach. The GCC does not have “common institutions” where member states “pool sovereignty in a supranational institution,” said Bianco. “That does not exist in the GCC; not even the concept of it exists.”

“Gulf states should realize that they are stronger together,” a diplomatic source commented.

In Dubai, the Middle East’s leading business hub, political scientist Abdulla is pleased to note that the Gulf has become the region’s “new center of power.” “I call it the Gulf moment in Arab history, just like there is an Asian moment in global history. The GCC is going to be the institution and the vehicle for this Gulf moment,” he said.