The Limits of Asia-Gulf Ties 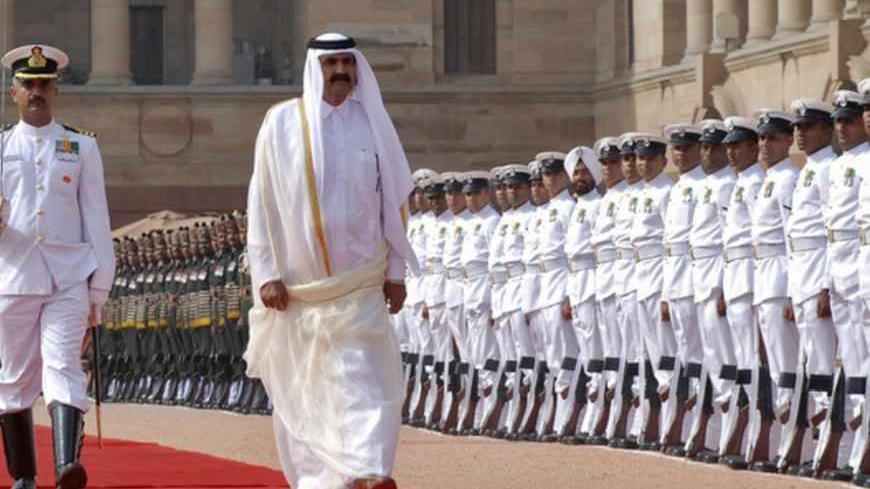 In recent years, Gulf-Asian relations have intensified in numerous economic sectors. Emblematic of such a trend is Qatari Emir Hamad bin Khalifa Al Thani’s 2009 statement: “China is coming, India is coming. ... I don’t know if America and Europe will still be leading.” For some, this Gulf-Asian rapprochement is the result of a Western retreat from its traditional areas of influence and the necessity for Gulf monarchies to look for alternative partners, not to mention security providers, among the rising powers in Asia, in particular India and China.

However, the view of an emerging Gulf-Asian strategic nexus downplays many substantial contradictions. In the Gulf as well as in Asia, countries have framed regional power plays as an either/or game. In the Gulf, the Iran matrix is the cornerstone of GCC foreign policy, the ultimate consequence being that cooperating in any domain with the Iranian regime is understood to be a stance against the GCC.

In South Asia, the longstanding India-Pakistan rivalry is also seen as a kind of either/or game. For Islamabad, the pillar of its international relations is the principle of “strategic parity,” which posits that the imbalance between Pakistan and India — in other words, the latter’s military superiority — heightens the risk of conflict. Pakistan has thus continuously condemned foreign arms sales to India while justifying its own weapons development and arms purchases in the name of this “strategic parity.”

The GCC sees any cooperation with Iran by other countries as damaging to the GCC; similarly, India and Pakistan see any outside party’s partnership with the other as detrimental to its national security. Still, Gulf-Asian relationships that have developed in recent years are puzzling to those examining the either/or mindsets of the GCC, India and Pakistan. For example, India and China have reinforced economic and political relations with Saudi Arabia, strengthened military ties with Israel and also maintained cooperation with Iran. And Saudi Arabia’s ties with India, Pakistan and China all have been strengthened despite the competition inside this triangle. In reality, these contradictory relationships demonstrate the reluctance of Gulf and Asian countries to think strategically about Gulf-Asian rapprochement.

Let us look, for instance, at India-Saudi relations. The “Asian policy” of Saudi Arabia grew in earnest in the 2000s following the deterioration of US-Saudi relations after the 9/11 terrorist attacks. The rapid economic growth and rising energy demands of both China and India led Riyadh to diversify its oil and gas clientele. Later on, the Saudi-Indian relationship reached a new level of importance with the visit of King Abdullah to India in January 2006. The Delhi Declaration envisioning a common strategic framework for the bilateral relationship was signed during this visit. This was followed by repeated visits to India by Saudi authorities. Then in 2010, the visit of the Indian prime minister to Saudi Arabia led to a new step with the signing of the Riyadh Declaration. The content of this declaration is, however, extremely vague and barely strategic. The root cause for that vagueness may be that the reinforcement of Riyadh’s relations with India did not lead to a thorough revision of its foreign-policy calculus, starting with its relations with Pakistan.

Observers tend to forget that Saudi-Pakistani defense cooperation has a long and profound relationship, dating back to the first Pakistani military training missions to Arab countries in the 1960s. Pakistani air force personnel participated in Saudi air force missions against South Yemen in 1969. In return, Saudi Arabia provided planes to Pakistan during the 1971 Pakistan-India war. By 1976, Saudi aid to Pakistan amounted to over $500 million, or 25% of total Saudi foreign aid, far in excess of that to any other country. By the mid-1980s, Pakistan was deploying up to 40,000 military advisers to Saudi Arabia. Additionally, there has been mounting evidence that Saudi Arabia has been working with Pakistan in the nuclear field. Even the closer relationship between the Saudi monarchy and India has done little to allay these suspicions.

Finally, the most obvious illustration of the contradiction in Saudi Arabia’s policy toward South Asia is its financial backing of Pakistani Islamic schools and charity organizations like Jamaat-ud-Dawa, seen by Delhi as nurturing the Salafi Islamism that targets India. Some analysts speculate about the possibility of a weakening of Saudi support of the Pakistani military and of Islamic organizations in Pakistan as a trade-off for the improvement of Riyadh’s ties with Delhi, but so far there is no evidence that the Saudi regime is revising its policy in this respect. Overall, when asked informally, Saudi officers and diplomats acknowledge the strategic importance of India, but when push comes to shove, they see Pakistan as one of their most critical partners.

This logical self-interest in Saudi Arabia’s Asian policy is less an exception than the prevailing pattern of Gulf-Asia rapprochement. India conducts a similar strategy regarding the Gulf. India’s Iran policy has long been seen as problematic because of Delhi’s reluctance to comply with economic sanctions targeting Tehran.

Although in the economic domain, Iran’s share of Indian oil imports is very modest (8% in 2009), in the military domain, both countries still have a shared interest in maritime security in the Indian Ocean. This is why India overrode Western and Gulf discontent in inviting Iran to join the Indian Ocean Naval Symposium, an initiative of the Indian navy convened on a regular basis to increase naval cooperation among littoral states on the Indian Ocean. Just as Indian strategists consider Saudi Arabia’s ties with Pakistan an obstacle to Indian-Saudi rapprochement, decision-makers in the Gulf see New Delhi’s relations with Tehran as a means for Iran to maintain international reach and avoid diplomatic isolation.

The same could be said about China’s simultaneous cooperation with GCC kingdoms, Iran and Syria or even Israel. It was again evidenced by Prime Minister Benjamin Netanyahu’s visit to Beijing last week, during which he announced that Israel and China were aiming for bilateral trade to reach $10 billion within three years. This shows that although the Gulf and Asian regions are interacting, they are not blending into an interregional strategic entity. In the end, national-security considerations are ignored to maintain the focus on economic relations. In coming years, bilateral ties between countries from both areas will likely grow in the economic domain, particularly in the energy and building sectors. But unless these countries discover a common denominator with a generalized impact on their security calculus, there is no reason to think that the two regional complexes will merge strategically.

Jean-Loup Samaan is a researcher in the Middle East department of the NATO Defense College. His current research projects include the Israel-Hezbollah standoff since the 2006 war, the Syrian civil war and its impact on the region and the evolution of the regional security system in the Gulf. On Twitter: @jlsamaan