The Pakistani Test Of the Israel-India Partnership

The recent controversy over potential Israeli arms sales to Pakistan is unlikely to undermine the Israel-India partnership. 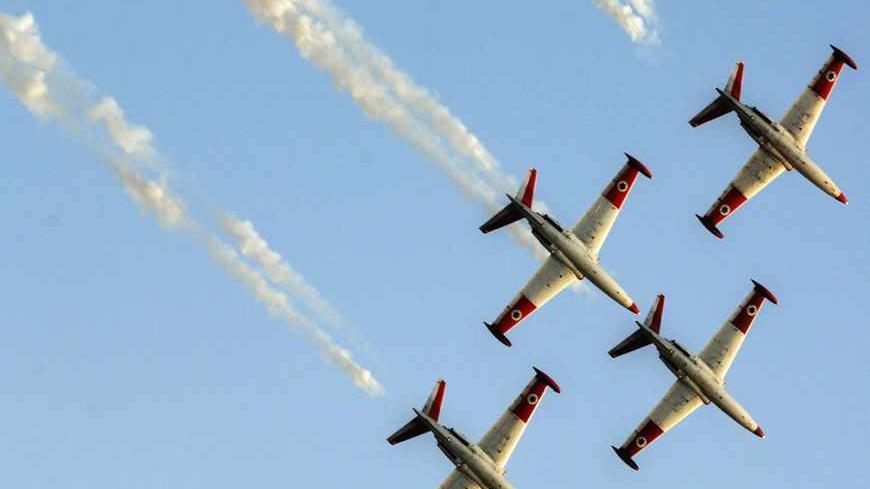 Israeli air force jets fly in formation during an exhibition at the Hatzerim air base, southern Israel, June 25, 2009. - REUTERS/Amir Cohen

On June 11, the Israeli newspaper Haaretz stirred a controversy in the defense community with the assertion that Israel sold military wares to Egypt, Algeria, Morocco, the United Arab Emirates and Pakistan. The Haaretz article was based on an export control report prepared by the British Foreign Office that listed the countries who received this equipment.

All countries named by Haaretz denied the allegations and challenged the reliability of the British report. In reality, the deals were nothing new, as Israel had developed discreet relations — including in the military realm — with these countries, and in particular with the Gulf states. But for the diplomats and the media, the most sensitive issue in the leaks was not that Israel sold military components to Arab countries that officially do not recognize its existence (except Egypt) but rather that Israel provided Pakistan with capabilities that could be used in a potential confrontation with India.

The first reaction of the Israeli Ministry of Defense was to issue a statement saying: "Israel has a strategic relationship with India, the strongest democracy in the world – which, like Israel, deals with terrorist threats and serves as a major anchor in global international relations. The State of Israel does nothing that could compromise its excellent relations with India.”

The timing of the allegations was unfortunate as India and Israel currently discuss a bilateral free trade agreement expected to be “a game changer,” according to Alon Ushpiz, the Israeli ambassador to New Delhi.

The India-Israel trade relation stood at $5 billion in 2011 and with this prospective free trade agreement, observers believe that it could jump to $10 billion to $15 billion over the next five years. This includes the high-tech sector, water management and dairy as well as the defense sector.

This India-Israel rapprochement has to be understood in its historical context. Although India recognized Israel as a state in 1950, it maintained for several decades a traditional pro-Palestinian policy that gave authorities in Delhi leverage with Arab leaders. The turning point for the bilateral relation was the post-Cold War era, with the establishment of formal bilateral relations in 1992. Since then, India has relied on Israel as a key arms supplier.

Military-to-military relations too became closer, particularly in the field of counterterrorism, following the 2008 Mumbai attacks. Indian armed forces at that time expressed growing interest in Israeli counterterrorism techniques, which led to the initial setting up of joint working groups and military exercises.

The embarrassment of the Israeli polity with the Haaretz report — whether it's confirmed or not — might be caused by the fact that the bilateral relations have not yet reached a level of maturity that would render them immune to such revelations. But, moreover, it relates to the political rhetoric that has been used to depict the India-Israel relationship.

As reflected in the Israeli Ministry of Defense statement, there's a feeling in Israel that the rapprochement with New Delhi is not about technical cooperation but about a deep bond between two nations. According to some Israeli defense intellectuals, the ongoing developments pave the way to a “great alliance between two democracies.” The Israelis tend to look at their relation with India the same way the Americans look at it: as a “natural alliance.” A perfect illustration is the odd commercial released in 2009 by Israeli Rafael company for the Indian market that plays to cultural kinship rather than the strategic calculus to sell weapons systems.

This is the very reason why the idea of Israel selling arms to Pakistan jeopardizes this idealistic rhetoric.

But here too this is nothing new. Israel’s prominent role as the prime arms supplier to India from the 1990s on coincided for some time with the building of close ties with China in the same domain. For a time, Israel provided weapons technology to China, which used it to pressure US-backed Taiwan but was at the same time the main provider of armament and nuclear technology to Pakistan and Iran. It was only in December 2004 that this Israeli policy was curtailed when the Bush administration objected to the Israeli government’s decision to repair and upgrade an unmanned aerial vehicle previously sold to China. In the end, the White House imposed severe restrictions on future Israeli sales to Beijing.

Meanwhile, India is not purely aligned to the strategic agenda of Israel. It maintains economic as well as military relations with Iran. Indian Prime Minister Manmohan Singh conducted a policy of rapprochement with Saudi Arabia that led to the signing in 2010 of the Riyadh Declaration.

Furthermore, at a domestic level, Israel-India relations constitute a driver of discontent among the Muslim community in India and weakens popular support for the government.

The Israeli arms deals with Pakistan are unlikely to change the course of the relations between Jerusalem and New Delhi because, rhetoric aside, the India-Israel relationship is not a natural alliance but a partnership forged by mutual interests. Again, the American example is relevant: the United States has sold weapons systems to Pakistan while it managed to maintain close relations with India. All national governments try to turn their regional relations into a zero-sum game that prohibits their allies from maintaining relations with their foes, but, in the end, these same players endeavor to diversify their strategic network and hedge against possible fluctuations. This is why pragmatism is likely to prevail in India and Israel, whether there are sales to Pakistan or not.