Israel Looks Beyond the Region For Strategic Partners 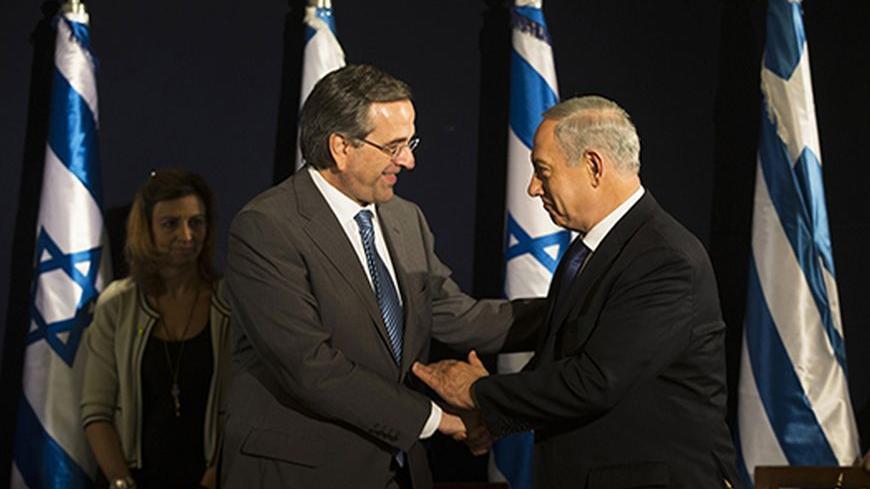 In August 2012, The Jerusalem Post announced the rebirth of Israel’s so-called periphery doctrine as a result of Foreign Minister Avigdor Liberman’s presumed achievements in the diplomatic arena. This concept of the “periphery” had been expounded by David Ben-Gurion in the 1950s and posited that due to the hostility of its Arab neighbors, Israel needed to form strategic alliances with the non-Arab states in the region. As a consequence, Israel built ties with Ethiopia, Iran and Turkey.

The periphery doctrine prevailed until the 1979 Iranian Revolution and then disappeared from Israel’s strategic lexicon. Its recent resurrection is driven by the rise of a new set of foreign policy partners, in particular, Azerbaijan, Greece and India. In these three cases, bilateral relations have improved not only in the economic realm, but also on the strategic and military levels.

The Indian-Israeli rapprochement has been in the making for more than two decades. Since establishing diplomatic relations with Israel in 1992, India has relied on it as a key arms supplier, second to Russia. Military-to-military relations became closer, particularly in the area of counterterrorism following the 2008 Mumbai attacks. Indian armed forces at that time expressed growing interest in Israeli counterterrorism techniques, which led to the establishment of joint working groups and military exercises.

In the meantime, Israeli-Greek ties have grown in earnest since 2010, following the disintegration of Israel's relationship with Turkey. Authorities in Israel and Greece have signed various trade as well as security cooperation agreements. The Greeks also announced the purchase of 400 Israeli bomb-precision upgrade kit systems, at a cost of $155 million. Furthermore, the discovery of natural gas reserves in the southeastern Mediterranean has prompted cooperation between Israel, Cyprus and Greece. Israeli Energy Minister Uzi Landau went so far as to speak of “an axis of Greece, Cyprus and Israel, and possibly more countries, which will offer an anchor of stability."

With regard to Azerbaijan, Israel is now among the country's top five commercial partners. In the energy sector, Baku provides around 40% of Israel’s oil consumption. In 2012, Azerbaijan and Israel signed an arms supply agreement worth $1.6 billion, which included Israel selling drones and missile defense systems to Azerbaijan. This rapprochement not surprisingly riled Azerbaijan’s neighbor Iran, which strongly condemned Baku's decision.

At first glance, these bilateral relations may appear disconnected, as the Greeks, Azerbaijanis and Indians hardly share commonalities in their strategic agendas. If, however, one follows the logic of the periphery doctrine, these ties could be interpreted as parts of a broader strategy revamping the principles formulated by Ben-Gurion. With Iran emerging as the primary threat in the eyes of Israeli planners and Turkey scuttling their bilateral partnership, Israel had to revise its diplomatic orientation and craft a new “periphery.” The basic logic of “the enemy of my enemy is my friend” remains the same, but the states forming the alliance have changed.

This announced rebirth of the periphery doctrine may, however, be misleading. First, these new ties do not match the historical bonds that Israel built with Turkey and Iran. Greece and Azerbaijan are regional players that can hardly replace or counter Ankara or Tehran. In other words, they do not constitute essential strategic assets to Israel as Turkey and Iran did in the past.

Furthermore, these partnerships are not conceived by Israel's counterparts as simple zero-sum games. Azerbaijan surely has an interest in hedging against Iran, as the regime in Tehran remains a key ally of Armenia. In the 1990s, Iran supported the Armenians during the war over Nagorno-Karabakh, one of its motives being the presence of a significant community of ethnic Azeris in Iran. Against that backdrop, Israel is a convenient partner for Azerbaijan, conveying a message of resolve to Tehran. In addition, Israeli weapons systems are valuable in the context of the US and EU embargo on arms sales to Azerbaijan. The leadership in Baku, however, is unlikely to cross the threshold of a full alliance for fear of Tehran's reaction. Reflecting this caution, Baku has not opened an embassy in Israel, and it voted at the UN General Assembly in favor of granting observer status to Palestine.

Likewise India did not put an end to its relationship with Iran because of its growing ties with Israel. Although in the economic domain, Iran’s share of Indian oil imports is modest, 8% in 2009, in the military realm, both countries still have a shared interest in maritime security in the Indian Ocean.

In regard to the policy realities of the periphery doctrine itself, diplomats interviewed by Al-Monitor expressed caution about its relevance. No official document exists that supports the doctrine, and the idea seems to be more folkloric than any actual articulated policy. In this respect, the resurrection of the concept may reveal less about Israel’s relations with Azerbaijan, Greece and India than about the angst in Jerusalem vis-à-vis regional developments.

Exchanges with Israeli diplomats and officers these days elicit a strong feeling of strategic loneliness driven by a few observations. First, pessimistic Israeli predictions about the Arab Spring might have been correct regarding the protracted crisis in Egypt, the intensified conflict in Syria and the weakening of Jordan, its last Arab partner standing. In addition, as viewed from Jerusalem, the global landscape looks gloomy, to wit, the seeming lack of resolve of the Barack Obama administration vis-à-vis Tehran, the failed warming of Israeli-Turkish relations despite Prime Minister Benjamin Netanyahu’s much publicized apology to Prime Minister Recep Tayyip Erdogan last spring and the perceived rise of anti-Israeli sentiments in Europe. These situations combined are nurturing Israeli feelings of geopolitical isolation. For these reasons, resurrection of the periphery doctrine does not constitute a new grand strategy for Israel, but epitomizes Israel’s current foreign policy predicaments.