Jean-Loup Samaan writes that the Israel-Turkey split is not really grounded in substance but rather in the personal ties of their leaders, and that a thaw may be in the works. 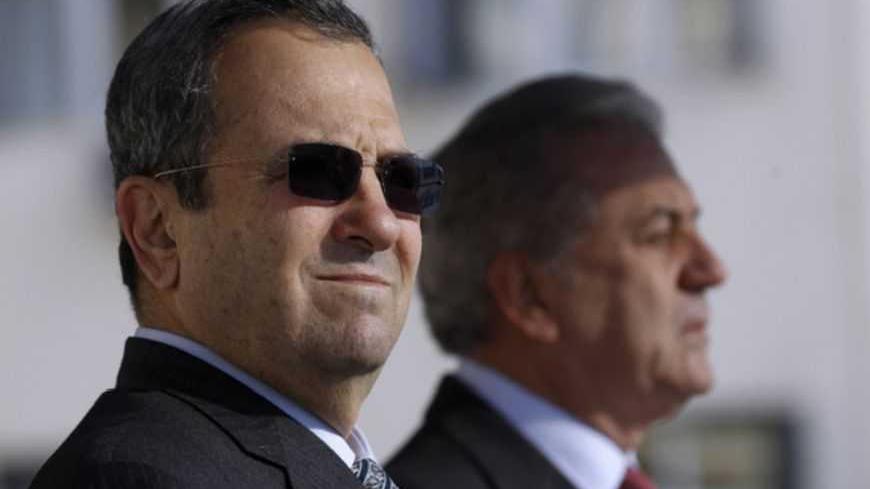 Earlier this month, the navies of Israel, Greece and the United States gathered to conduct a two-week joint military exercise. This operation, named “Noble Dina,” was launched in 2011 and has since then been conducted each year. It can be seen as one of the various indicators that Israel and Greece are in the process of strengthening their bilateral ties. Indeed, for the last three years, both countries have moved closer to each other.

The Israel-Greece rapprochement is not only visible in the military realm but also in other sectors such as tourism, culture, education and trade. Prior to the Papandreou visit of 2010, there were around 150,000 Israeli tourists each year coming to Greece. For 2012, they were estimated to reach 400,000. Furthermore, since late 2011, Israel has been working closely with Greece and Cyprus in the extraction of the newly found natural gas reserves in the Southeastern Mediterranean. The discovery of these reserves in the exclusive economic zones of Israel, Cyprus and Greece has generated a new area of cooperation for the three countries. Israeli Energy Minister Uzi Landau talked in 2010 of “an axis of Greece, Cyprus and Israel, and possibly more countries, which will offer an anchor of stability.”

With regards to the gas reserves in the Mediterranean, this huge project is valued at 10 billion euros ($13 billion), so far mostly funded by Israel. Experts evaluate that it will take about six to seven years to complete. On the long haul, for Israel, Greece may become a hub through which it could transport and export gas supplies to Europe and the Balkans. This Israel-Greece-Cyprus initiative has logically triggered strong opposition from Turkey, which does not recognize the government in Nicosia and objects to the claims of the Greek Cypriot Administration over the gas reserves in the south of the island. Ankara responded by conducting air and sea military drills close to the area of the planned project and Foreign Minister Ahmet Davutoglu threatened that Turkey would take appropriate measures if the three countries were to go on with the project. This has been denounced by Israel as “gunboat diplomacy.”

This is where the logic of Israel-Greece starts to unfold: this rapprochement clearly grew in earnest following the degradation of Israel-Turkey relations. The rift between Ankara and Jerusalem became palpable after Israel’s Cast Lead operation in the Gaza Strip in December 2008 and Prime Minister Erdogan’s strong condemnation of Israeli military adventurism. Turkey then decided to put a halt to its mediation efforts between Israel and Syria. The split got worse a year later with the crisis of the Mavi Marmara flotilla. On May 31, 2010, the Israeli military shot and killed nine Turkish citizens who were on board the “Freedom Flotilla” that was heading toward the Gaza Strip. Since then, political dialogue between both countries is in a deadlock, with Israel’s government refusing to apologize for the clash over the Turkish flotilla and the authorities of Turkey blocking not only bilateral cooperation but Israel-NATO cooperation as well.

It is in this specific context that Israel-Greece relations have been improved. True, the Israelis and the Greeks emphasize that cooperation did not come out of the blue in 2010, that the first bilateral economic agreement was written in 1992 and the first military agreement in 1994 — in fact before the one between Israel and Turkey. Still, this move has all the features of a classic balance-of-power move by Israel vis-à-vis Turkey. Noticeably, the Greek-Israeli military exercises in the last years have taken place close to Turkish borders and, needless to say, they engendered major concerns in Ankara. This logic of “the enemy of my enemy is my friend” is not without embarrassment for the Greeks who want to see more than bitter politics in the rapprochement. In fact, it is in the interest of neither Greece nor Israel to confine their rapprochement to a move to counterbalance Turkey.

Athens is not so keen on using its Israeli policy to antagonize Ankara: The new Greek prime minister, Antonis Samara visited Turkey this month to commit his country to the enhancement of the relationship with its historical rival. Specifically Samara, along with Turkish Prime Minister Erdogan pledged to double their annual trade over the next three years.

Meanwhile even though Israelis might have been tempted to use their Greek policy to counter Turkey’s strategy and to proclaim it as a long-term strategic realignment, decision makers are eventually aware that in no way can Greece provide them with the kind of strategic reach Turkey was providing. Not only is Greece enduring a financial crisis that is eroding its military capabilities, but it never had the type of leverage Turkey enjoys in the Middle East and that Israel crucially needs today.

In fact, after three years of euphoria on the rapprochement with Greece, Israeli diplomats and officers are toning down the idea of geopolitical shift or the one of a zero-sum game. In reality, diplomats in Jerusalem and the military in Tel Aviv are eager to fix the partnership with Turkey. This reflects how the Israel-Turkey split is not really grounded in substance but rather in the personal relationship of its leaders.

In the last months, there have been numerous signs that both countries may be in the process of restoring their political relations. Several high-level meetings have taken place, including the heads of intelligence in Cairo. Besides, far away from the political upheaval, bilateral trade did not really suffer and its volume is in fact at its highest level in history.

All in all, this means that the speculation over Israel-Greece rapprochement should be treated with caution due to the strategic limitations of the bilateral relations as well as to the clear need of both countries to avoid portraying it as a zero-sum game vis-à-vis Turkey.

Jean-Loup Samaan is a researcher in the Middle East Department of the NATO Defense College. His current research projects include the Israel-Hezbollah stand-off since the 2006 war, the Syrian civil war and its impact on the region as well as the evolution of regional security system in the Gulf.