Is There Role for NATO In Israel-Palestine Peace Process?

Many “ifs” remain about a NATO role in a final Israeli-Palestinian settlement, if there is one, but the option may be there. 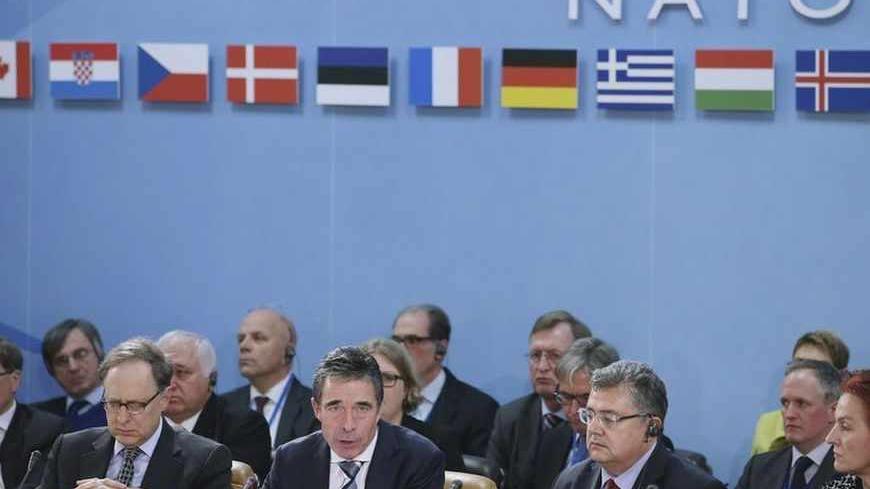 As the peace process between Israelis and Palestinians resumed in July, the question of NATO as a peacekeeping force supporting the process resurfaced in the media. The idea goes back to 2000 when the Clinton Parameters recommended the deployment of an International force to “monitor the implementation of the agreement between both sides.” Along these lines, observers assumed that NATO would be the designated force and began debating its relevance.

The argument elicited lukewarm reactions among the transatlantic allies who feared such mission could turn into a protracted quagmire. Their caution led former NATO Secretary-General Jaap de Hoop Scheffer in 2009 to articulate three fundamental preconditions before deciding on an alliance contribution. These so-called three big ifs are a comprehensive peace agreement between Israel and the Palestinians; requests by both parties for NATO to help them with the implementation of their agreement; and UN endorsement of NATO’s involvement.

Anders Fogh Rasmussen, NATO's current secretary-general, emphasized during a conference in Israel in 2011, “Of course, at the moment, these three ifs are far from being met.” Since then, NATO officials, in their exchanges with Middle Eastern partners, have been constantly referencing these three conditions to avoid misunderstandings and false expectations about any possible alliance engagement in the region. Leaving aside NATO’s legitimate policy of restraint and the probability of the three big ifs being met, it may be time to renew the discussion on the alliance’s potential for a supporting role.

During the last decade, NATO has built strong ties at the military-to-military level with Middle Eastern partners under the auspices of the Mediterranean Dialogue and the Istanbul Cooperation Initiative. It regularly conducts joint exercises and consultations on defense reform, training and capacity building with its counterparts in Cairo, Amman and Tel Aviv. It is largely ignored, but while the peace process was stalled, Arab and Israeli officials continued to gather for NATO Middle Eastern cooperation courses.

Many of the Arab representatives from Jordan and Egypt do not fear a transatlantic presence in the region, but are rather frustrated by the alliance’s reluctance to play a role in the Israeli-Palestinian conflict. As a Jordanian diplomat told Al-Monitor, “It is strategically impossible for the Atlantic Alliance to build relations with Middle Eastern countries without tackling the core issue, which is the Israel-Palestine issue.”

Without doubt, the strong ties between NATO and the Arab and Israeli militaries would be extremely valuable if an international force were to be established. If, however, one puts aside the three big ifs and starts thinking about a NATO deployment in the Palestinian territories to ensure the security provisions of an agreement, several unknowns remain. The first is the relationship between NATO and Palestinian security forces. This might be the most important unknown, as this relationship would determine the compliance of the Palestinian Authority, or its replacement government, and moreover, would define the attitude of competing factions in Gaza or the West Bank vis-à-vis implementation of the peace. The relationship would also be a key parameter for Israeli acceptance of future security arrangements.

In 2004, NATO declared that it did not exclude “future participation, subject to the North Atlantic Council's approval, of the Palestinian Authority in cooperation under the Mediterranean Dialogue and the Istanbul Cooperation Initiative.” Nevertheless, this situation did not materialize, and any future NATO involvement in the Palestinian territories will depend on confidence-building measures between allied troops and Palestinian security forces. On this point, leverage could be provided by the close ties between NATO and the Jordanian military, which for years has trained Palestinian security forces.

Another issue is the scope of a NATO deployment in the Palestinian territories. As with any multinational operation, the numbers matter and are a topic of contention. In 2010, NATO expert Florence Gaub assessed that a NATO contingent in Palestine “would need forces ranging from 43,700 to 76,000 men, including the police forces, of these between 16,100 and 28,000 would patrol Gaza, and between 27,600 and 48,000 the West Bank.” Using the cases of Bosnia and Kosovo by way of comparison, Gaub provides a sobering appraisal of the operational demands for such a mission. Although some Israeli military experts argued that the numbers are too high and driven by worst-case scenarios, this is likely to be the kind of options that will influence NATO heads of state if they are to consider making such a decision.

Bearing in mind the 2014 drawdown from Afghanistan and the drastic cuts in the military expenditures by the allies, European governments are unlikely to rush toward such an ambitious deployment. One solution could be an ad-hoc division of labor, as recently suggested by former US ambassador to NATO Robert Hunter: “NATO countries would agree to provide the former (troops) and the West and hopefully rich Arab countries would provide the latter (money).”

Hunter’s idea might have looked far-fetched a few years ago, but cooperation between NATO and several Arab militaries during Operation Unified Protector in Libya may serve as a template. Qatar, the United Arab Emirates and Jordan provided substantial assets during the NATO air campaign that could be emulated in the Israeli-Palestinian context. This cooperation could be developed through bilateral channels or via a NATO–Arab League partnership and would be an opportunity to revive the Arab Peace Initiative of 200 and help mitigate anxieties among NATO countries regarding the financial burden of such a mission.

These ideas may yet seem premature as the three big ifs are yet to be met. In addition, given the intricacies of the Israeli-Palestinian peace process, such a scenario cannot be treated casually, and decision makers in Washington and Brussels remain mindful that the risk of failure or mission creep remains high. This, however, is also the reason why an in-depth discussion about the feasibility of a NATO deployment is desirable.