Qatar has offered support to Turkey’s central bank, expanding a currency-swap agreement to $15 billion as Ankara seeks to mitigate economic shocks from the coronavirus pandemic. 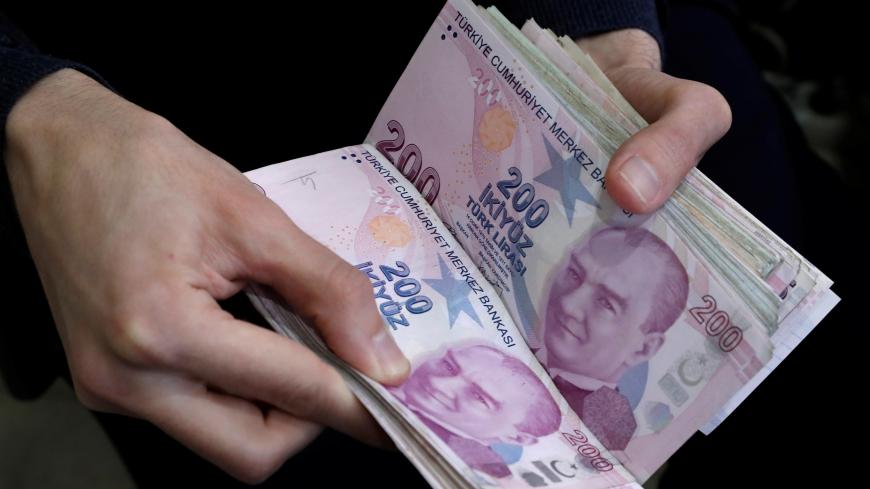 ISTANBUL — As the coronavirus pandemic continues to rattle global economies, Turkish banking officials have been seeking fiscal support from a number of countries and Qatar was the first to respond.

On Wednesday, Qatar expanded an existing swap deal to $15 billion, raising the prior limit from $5 billion to help bolster depleted Turkish central bank reserves and help steady the lira. The move underlines strong relations between the two nations, which opened swap arrangements during a 2018 currency crisis in Turkey and continue to cooperate amid a Saudi Arabia-United Arab Emirates-led economic blockade on Qatar.

In a statement, the Turkish central bank said the expansion sought to “facilitate bilateral trade in respective local currencies and to support financial stability of the two countries.” The deal will allow the trade of Turkish liras for Qatari riyals, which are pegged to the US dollar.

Selva Demiralp, a professor of economics at Koc University and director of the Koc University-TUSIAD Economic Research Forum, said the swap line could balance the increase in domestic money supply with foreign currency and help stem the depreciation of the lira, but noted Turkey’s central bank will face difficulties in stimulating the economy amid the global downturn.

“This [situation] is more challenging in emerging markets because the local money that is injected into the system may feed the dollarization cycle,” Demiralp told Al-Monitor, adding, “Swap lines can calm down the markets by meeting the demand for [foreign exchange].”

News of the deal saw the Turkish lira make initial gains on the dollar before falling back about 0.25% to 6.79 liras per dollar at 2 p.m. GMT. In recent weeks, the lira recovered losses after hitting a historic low on May 6 that saw Turkish banking regulators temporarily ban lira trading with BNP Paribas, Citigroup and UBS Group AG.

Turkish officials remain in talks with China, Japan and the United States to expand or open new swap lines to secure further economic support, and their appeals may now be aided by the Qatari deal, said Sinan Ulgen, chairman of the Istanbul-based Center for Economic and Foreign Policy Studies.

“Turkey can use this example to strengthen its negotiating position when it’s talking to other central banks,” Ulgen told Al-Monitor. “Other countries might be more enthusiastic about moving forward.”

Wolf Piccoli, co-president and political risk analyst at Teneo Intelligence, was less optimistic, saying Turkish officials were “back to the usual tricks” and that he expected the announcement of a new rate cut on Thursday from Turkey’s central bank, which has cut key interest rates eight times in the last year to keep credit flowing.

“The increased size of the swap line may allow Turkey to gain time, but it is certainly no solution,” Piccoli told Al-Monitor. “As usual, authorities prefer some escamotage over dealing with real structural problems,” using a French word meaning “juggling” or “sleight of hand.”

The swap line expansion comes amid a myriad of measures by Ankara to mitigate the impacts of the coronavirus pandemic that to date has logged 152,587 confirmed cases and 4,222 virus-linked deaths in Turkey, according to the nation’s Health Ministry.

On Wednesday, seeking to bolster domestic demand, authorities imposed additional tariffs of up to 30% on more than 800 imported items, including agriculture machinery as well as steel and iron products.

Questions linger over how much foreign support Turkish officials will seek amid the pandemic, as political leaders maintain negotiations with the International Monetary Fund are off the table.

Ulgen said the Qatar swap line will help stem inflationary pressure on Turkey’s lira in the short-to-medium term, but authorities in Ankara will continue to seek ways to reel back the economic slowdown in the months ahead.

“It’s not that Turkey cannot manage without the IMF. It can,” Ulgen told Al-Monitor, "It’s just that then the recession will be deeper and longer compared to a scenario where Turkey gets substantial financial support from the IMF.”

He added, “But obviously that support will come with conditions that the government is not ready to accept, it seems.”