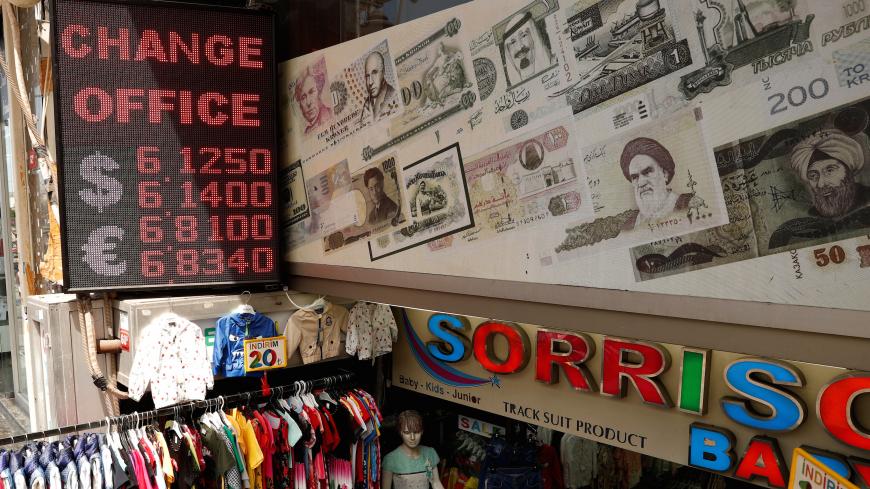 Announcing the eighth interest rate cut in less than a year, the Monetary Policy Committee led by Turkey's central bank governor Murat Uysal reduced its one-week repo rate by 100bps to 8.75%, double the cut predicted by economists in a Bloomberg poll.

In a Wednesday statement, the committee said the move was in line with efforts to maintain “a sustained disinflation process” that aims to “lower sovereign risk, lower long-term interest rates” and create a “stronger economic recovery.”

As in other emerging markets, committee members noted the Turkish lira had depreciated amid the pandemic, but said a sharp price decline for commodities such as oil and metal could have positive effects on inflation.

While the rate cut may help open credit lines for Turkish citizens and business in the short term, analysts said the measure could strain state resources and reserves currently propping up the Turkish currency, which hovered near seven liras per dollar Wednesday, its lowest point since August 2018.

“It’s quite a risk,” Sinan Ulgen, chairman of the Istanbul-based Center for Economic and Foreign Policy Studies, told Al-Monitor.

He added, “Turkey is a vulnerable position [because] the external shock of the virus necessitates for all countries, including Turkey, to have counter-cyclical stimulus policies, meaning to pull out of a recession you have to spend your way out.”

Ulgen said large-scale government stimulus packages and quantitative easing measures would be needed to boost demand and mitigate the current economic fallout, but noted Turkish policy-makers had limited resources to manage the current downturn. Central bank reserves dwindled following a 2018 currency crisis, and failure to boost the Turkish lira could trigger further depreciation. Since January, the lira has lost 17% of its value against the dollar.

Demiralp agreed the bank would face challenges in implementing accommodative policies in the face of a global recession. She told Al-Monitor, “The main hurdle for Turkey is that we have a sizable external debt and the domestic economy is rather dollarized because the market rates are below the inflation rate.”

To address such issues, Demiralp said the central bank likely expects new foreign exchange inflows through swap agreements, which the governor said are currently being discussed in an April 19 interview with the state-run Anadolu news agency.

Yet Wolf Piccoli, co-president and political risk analyst at Teneo Intelligence, said opening new swap lines as well as newly imposed import levies would provide only temporary relief without addressing the core problem, which he said is weak domestic demand. In a phone interview, Piccoli said the rate cut was not the right step.

He added, “It makes the Turkish lira even less attractive and that, in turn, raises the risk for the financial system in the country because the lira is already under pressure.”

A number of analysts have suggested Turkey will eventually require assistance from the International Monetary Fund, but Ankara officials have so far ruled out the option, which carries a taboo for ruling Justice and Development Party members.

Still, Ulgen said Turkish officials will need to have a “more mature conversation” about IMF assistance, adding that traditional fund programs can entail invasive terms but the support packages being offered amid the pandemic come with fewer conditions.

“I think it’s a missed opportunity for Turkey not to take advantage of this at a time when additional external funding would facilitate Turkey’s transition out of the recession,” Ulgen told Al-Monitor regarding IMF assistance.

The developments come as Turkish President Recep Tayyip Erdogan told Anadolu Agency Tuesday that the pandemic was nearing a plateau in Turkey.

“We aim to achieve maximum observance of measures during the month of Ramadan and, God willing, a transition to normal life for our country after the holiday,” Erdogan told Anadolu.

The Turkish Interior Ministry issued a ban on mass meals during Ramadan Wednesday, adding to other measures in place to stem the spread of coronavirus that include a sequence of weekend curfews in major cities and a four-day lockdown starting midnight Thursday.

As of Wednesday, the Turkish Health Ministry recorded 98,674 cases of COVID-19 and 2,376 deaths from the virus. Data compiled by the New York Times suggests a spike in death rates over the last month may point to the underreporting of virus-linked deaths in Turkey, but the article notes that many countries are having difficulty tracking the full impacts of the coronavirus.

The Turkish government has so far resisted calls for extended urban curfews to curb the pandemic. Demiralp is among a group of researchers studying the economic impacts of a long-term intervention.

“Our research shows that the most effective way to contain the pandemic is through a full lockdown,” Demiralp told Al-Monitor. “Delays in implementation lead to substantial increase in the overall cost because the duration of the lockdown increases.”