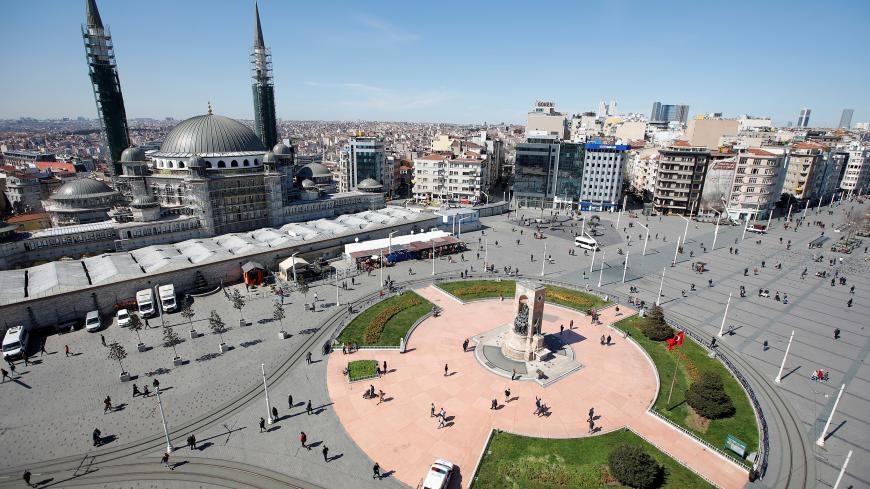 Yet economic analysts fear the measures don’t go far enough, saying the gravity of the pandemic require further short-term actions from the Turkish state which, like other emerging markets, faces steep challenges in the months to come.

“The package seems prepared with the assumption that the shock will be limited, and that macroeconomic activity will recover after a short period,” Wolf Piccoli, co-president and political risk analyst at Teneo Intelligence, told Al-Monitor. “This is a rather questionable approach, given the profound uncertainty ahead.”

Piccoli said Turkey’s $750 billion economy would require a more robust stimulus but noted the Turkish Treasury may struggle to find sufficient resources after the government pursued several years of heavy spending to prop up Turkish markets following a 2018 currency crisis.

“The bottom line is that Turkey is facing this unprecedented crisis without significant monetary and fiscal space given the government’s poor handling of the economy for a sustained period,” Piccoli told Al-Monitor.

As of Thursday, Turkish health officials reported 191 confirmed COVID-19 cases within the country. On the same day, Turkish Health Minister Fahrettin Koca told lawmakers in Ankara that 10,000 tests had been conducted domestically and that medical personnel would seek to carry out 10,000 to 15,000 tests per day in the near future.

During his speech on Wednesday, Erdogan advised citizens to stay home if possible and to practice social distancing to curb the spread of the virus. In response, many shops, clothing retailers and malls shuttered across Turkey Thursday and the nation’s United Brands Association reported sales of “stores on high streets” and in shopping malls dropped 70% over the past week.

As central banks around the globe act to shore up financial markets in response to the pandemic, the crisis may be acutely felt in Turkey, where the unemployment rate hovered near 14% throughout 2019, with youth unemployment at about 25% in December. On Thursday, the Turkish lira approached August 2018 lows, reaching 6.54 against the dollar.

The nation’s consumer price inflation also rose to 12.37% year-on-year in February. Though the Turkish Central Bank moved to cut a key interest rate by 100 basis points Tuesday, inflation will likely continue to pose significant challenges for state officials, according to Selva Demiralp, a professor of economics at Koc University and director of the Koc University-TUSIAD Economic Research Forum (TUSIAD is the Turkish Industry and Business Association).

“It is true that our policy rate is nowhere close to the zero lower bound,” Demiralp told Al-Monitor. “Yet, the policy rate is below the inflation rate, which corresponds to a negative real rate.” She added, “This is a risk because it triggers dollarization and further limits capital inflows at a time of low risk appetite. Turkey cannot afford another exchange rate shock in the middle of a global economic slowdown.”

Demiralp said state officials had limited tools to fight the crisis, but that Tuesday’s cut in reserve requirements was a step in the right direction. Due to a low risk appetite among global investors, she said the Turkish Central Bank should keep interest rates relatively high and stimulate the economy by lowering reserve requirements.

“Our research indicates that this policy mix works as an effective tool to achieve financial stability and price stability in an emerging market that is vulnerable to currency flows,” Demiralp told Al-Monitor.

Yet Atilla Yesilada, a political analyst at Global Source Partners, expressed concern over the medium- to long-term impacts an economic slowdown will have on Turkey’s service industry, which makes up about 60% of the domestic economy.

“These are all very labor intensive [businesses] and they don’t have much money,” Yesilada told Al-Monitor. “If you shut stores down for a month, they’ll start laying off workers.”

He said laid-off workers without sufficient unemployment compensation would not be able to buy goods and services, which could lead to a “vicious cycle of ever collapsing economic activity and intervention becomes harder.”

“The most effective way to deal with this kind of problem is a direct cash injection to households because if [people] don’t consume, the rest of the economy withers,” Yesilada told Al-Monitor.