Today, only 15% of Palestinian residents of Jerusalem say they want Israeli rather than Palestinian citizenship, likely a result of support from Turkey, the Palestinian Authority and Hamas. 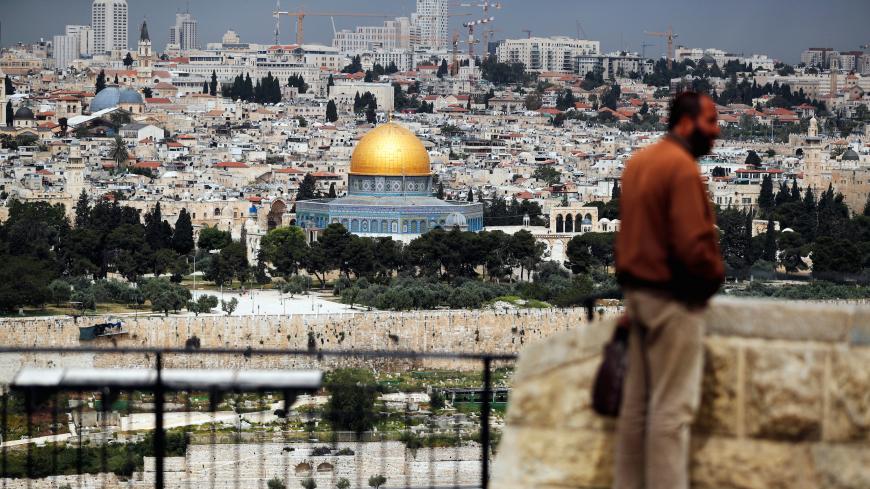 GAZA CITY, Gaza Strip — Only 15% of Palestinians living in Jerusalem would choose Israeli over Palestinian citizenship, compared to 52% in 2015, according to an opinion poll by the Washington Institute for Middle East Studies. The poll was supervised by David Pollock, who presented the poll during a virtual lecture hosted by the Jerusalem Institute for Policy Research on May 9.

The poll, conducted over 2018, 2019 and the first two months of 2020, revealed significant changes in opinions among the Palestinian population in Jerusalem, compared to previous surveys in 2010, 2011 and 2015.

Israel grants Palestinians in Jerusalem, about 435,000 people, an ID card denoting permanent resident status and refuses to allow them to obtain Palestinian citizenship.

Pollock attributed the change in the views of Palestinian Jerusalemites during the past five years to several reasons, notably the outbreak of the Jerusalem uprising in 2015, which lasted for a year and a half, in addition to the tension surrounding Al-Aqsa Mosque.

According to the poll, the change is due to increasing activities by several parties, most notably Turkey, the Palestinian Authority and Hamas, in providing services to Palestinians in Jerusalem.

Turkey provides continuous support to the Palestinians in Jerusalem in the areas of housing, health, education, economy and food, through relief and development projects by official and civil Turkish institutions, the most important of which is the official Turkish Cooperation and Coordination Agency and the Orient Association. Such projects are implemented through the PA.

Most recently on May 13, the Orient Association, in cooperation with the Turkish Deniz Feneri Association, launched an urgent relief project called “Jerusalem has a life” to provide financial support, food baskets and clothes for 250 families in Jerusalem most affected by the outbreak of the novel coronavirus via an online donation platform.

Head of the Orient Association Jalal ad-Din Darwan told Al-Monitor, “Our project aims to provide support to Palestinian families in Jerusalem to help them cope with the coronavirus pandemic, given that about 75% of the Palestinians there work in fields where work has stopped entirely due to the virus.”

Darwan explained that the Orient Association runs several projects in Jerusalem including the Silwan reconstruction program, which aims to rebuild dilapidated Palestinian real estate in one of the oldest Palestinian neighborhoods in Jerusalem, in addition to a program to empower Jerusalem villages isolated by the separation barrier, by rehabilitating their agricultural lands and planting them with trees.

The Turkish role in Jerusalem is an irritant to Israel. In its intelligence estimates for 2020, the Israeli Military Intelligence Directorate included Turkey among the organizations and countries that threaten Israeli national security because of its ongoing activities in Jerusalem.

Meanwhile, Adnan Ghaith, the PA’s appointed governor of Jerusalem, told Al-Monitor, “The PA plays a major role in strengthening the resilience of the Palestinians in Jerusalem against Israeli Judaization policies,” noting that PA efforts in this vein have increased since the US recognition of Jerusalem as the capital of Israel on Dec. 6, 2017.

Ghaith explained that the PA is responding to the Israeli policy of demolishing Palestinian homes in Jerusalem by offering those affected full compensation to rebuild their homes. He pointed out that the PA is also cracking down on those who secretly sell Palestinian real estate and property in Jerusalem to Israeli settlement associations.

On Aug. 6, 2019, Israel banned any PA activity in Jerusalem, but Ghaith stressed that the PA’s support for the Palestinians there continues despite Israeli efforts to intercept it.

He noted, “The money comes from Hamas abroad or from the Gaza Strip to people inside the West Bank or inside Israel, who in turn deliver this money to Palestinian families in Jerusalem,” a process that is constantly threatened by the Israeli security services.

Hassan Khater, the head of the Jerusalem International Center and former director of the Islamic-Christian Commission For the Support of Jerusalem and Holy Sites, told Al-Monitor, “The Palestinians in Jerusalem, especially those who live behind the separation barrier and amount to about 150,000 Palestinians, face difficulty in accessing services provided by Israel, in addition to having to pay 14 different kinds of taxes that Israel imposes on them, financially overburdening them and pushing them out of Jerusalem and into the West Bank.”

Khater added that increased Turkish activity in Jerusalem has strengthened support for Turkey in light of the declining popularity of Arab countries for their failure to support the Palestinians in Jerusalem. Although the Arab Summit had decided in 2010 to allocate $500 million to support them, Palestinian Jerusalemites never received these funds, he said.

However, Khater downplayed the PA’s role in providing health, education and maintenance services to Palestinians in Jerusalem.

“The Palestinian government allocates $8 million annually to support the Palestinians in Jerusalem, which is a negligible budget compared to the $2 billion allocated by Israel on May 13, 2018, for a period of five years, in order to strengthen Israeli sovereignty over Jerusalem,” he noted.

Khater pointed out, “Yet, Palestinians in Jerusalem have been showing more support for the PA recently, due to the PA’s rejection of the US administration’s recognition of Jerusalem as the capital of Israel.”