As Israel's possible annexation approaches, Palestinians are struggling to unite behind a realistic plan. 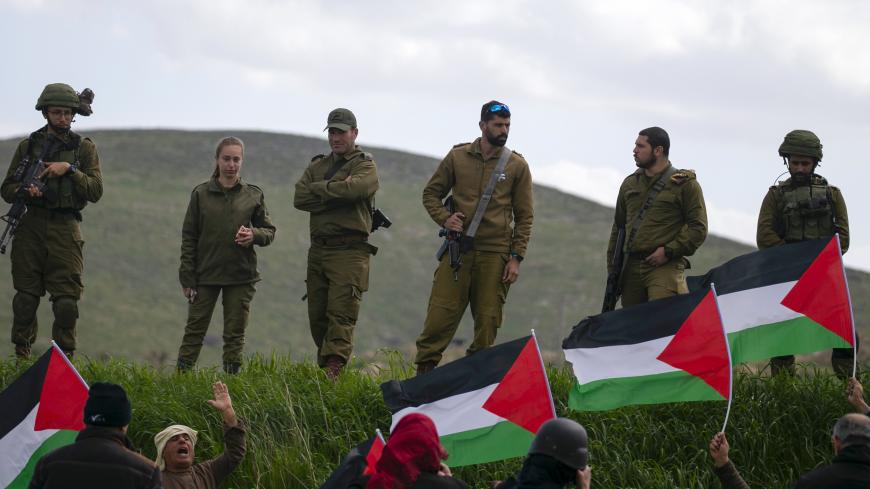 Palestinian leaders find themselves caught between difficult choices due to the escalating conflict amid Israel's plans to annex parts of the occupied territories.

President Mahmoud Abbas and the Palestinian leadership have three main concerns with the upcoming annexation threat. On the international level, the Palestinians are finding mixed reactions. They are happy with the European response, which has been strong and consistent, exemplified by a May 18 statement from Joesp Borell, the high representative of the European Union, congratulating the new Israeli government while reminding it of international law and that Europe, like the rest of the world, has not and will not recognize any unilateral annexation.

“[The] EU and its Member States recall that they will not recognize any changes to the 1967 borders unless agreed by Israelis and Palestinians,” Borell said.

While the international community and international law are clear about the illegitimacy of taking land by war, the big problem remains the US attitude. Secretary of State Mike Pompeo has backed away from his previous statement that the issue is solely an Israeli decision, and during his May 13 visit to Israel it became clear that Washington is not in favor of a July annexation date.

Two possibilities have been suggested for this US climbdown. One is that July is too early for the presidential campaign of Donald Trump to improve his chances for reelection. The Trump team may prefer to wait until closer to the November elections so as to excite Trump’s base, especially Christian Zionists.

Another reason for the US climbdown could be that Trump is waiting to endorse annexation so as to get Palestinians and Israelis to engage with each other. Hani al-Masri, the director of the Ramallah-based think tank Masarat, argues in a detailed analysis that there is a hidden agenda in the delay. Trump has found himself in a trap with no Palestinians agreeing with his vision. The Americans, according to Masri’s position paper, feel that annexation will without being part of a political or negotiated process with Palestinians “cause strategic harm” to Israel and “will not lead to security, stability and peace in the region.”

The Palestinian leadership faces another dilemma. As Jordan is ramping up its public and private opposition to annexation, the Palestinians feel that they need to not be outperformed by Jordan. In an interview with the German magazine Der Spiegel, King Abdullah said that annexation will cause a “massive conflict” with Jordan. He also said that Jordan will examine its options, which means that the suspending or canceling the Israel-Jordan peace treaty is a possibility.

The Palestinian Authority is much more dependent than Jordan is on Israel and any unilateral attempt to cut off Palestinian relations with the Israelis by means of abrogating the Oslo Accords or even ending security coordination will have an immediate and painful cost to the Palestinian public. As a number of Palestinian businessmen and others told Al-Monitor, people have debts to banks and can’t afford further uncertainty after the last few months of pandemic lockdown.

One idea to overcome this dilemma is synchronized Jordanian-Palestinian action. Najeeb Qaddoumi, an Amman-based member of the Palestinian National Council, told the Saudi Arab News May 18 that all options are open. “This includes the suspension of both the Jordan-Israeli 1984 Wadi Arab Treaty and the PLO-Israel 1993 Declaration of Principles.”

Ahmad Deek, the director of the Palestinian foreign minister’s office, was quoted in the same article as saying that Palestinian-Jordanian coordination is at “its highest level.”

The ongoing divisions between the PLO and Hamas are also hindering the chances of any agreed-upon strategy being effective. Unity efforts received a recent boost when a letter from leftist Palestinian leader Ahmad Saadat was smuggled from jail. The letter called on supporters of the Palestinian Front for the Liberation of Palestine to join forces with Fatah on a joint strategy. Efforts to include Hamas and Islamic Jihad in the unity efforts have so far failed to materialize.

While the Americans seem to have given the Palestinian leadership some breathing space by rejecting Israel’s July 1 target, a unified effective strategy continue to be badly needed. As the possibility of a dangerous annexation approaches, whether in two months or six, there is a need for an effective but reasonable roadmap that shows Palestinian seriousness without undoing the accomplishments already made in building some of the foundations for a future Palestinian state. The more regionally and internationally coordinated these moves are, the better.

by Murielle KASPRZAK and Joseph SCHMID | AFP | May 26, 2022
END_OF_DOCUMENT_TOKEN_TO_BE_REPLACED