Lebanon’s lockdown extended amid fears of ‘second wave’ of virus

To keep the coronavirus from spreading, a curfew and other restrictions on movement in Lebanon will continue through at least May 24. 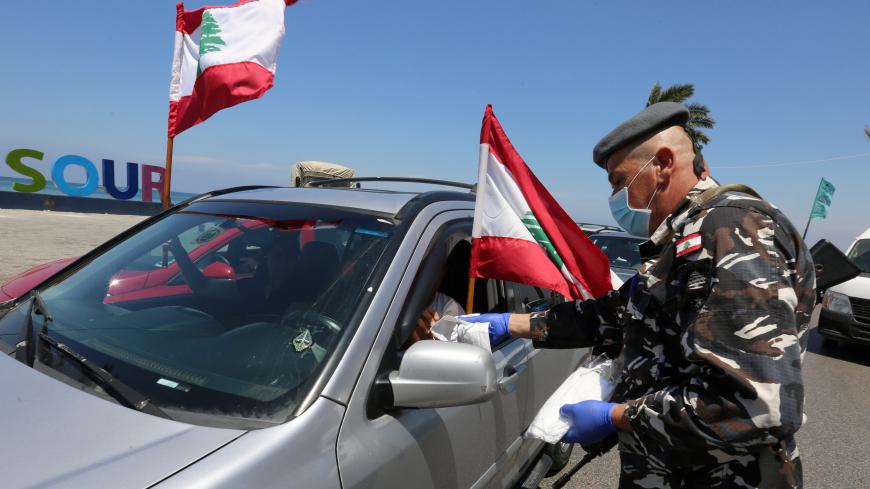 An internal security forces member distributes protective masks for Lebanese demonstrators as a preventive measure against the spread of COVID-19, during a car protest against the country's growing economic hardship and to mark Labor Day in Tyre, Lebanon, May 1, 2020. - REUTERS/Aziz Taher

Just as struggling businesses were beginning to reopen, cash-strapped Lebanon has extended its partial lockdown by two weeks.

The country has begun to ease restrictions under a five-part plan, which includes allowing restaurants, hair salons and certain shops to operate at partial capacity. But even as some measures are lifted, Lebanon’s Cabinet decided today the partial lockdown will remain in place.

Since March 15, residents have only been able to leave their homes to buy food and essentials. A strictly enforced overnight curfew bans going outside for any reason between 8 p.m. and 5 a.m.

Information Minister Manal Abdel-Samad warned there could be a second wave of the virus if people don’t adhere to the travel restrictions. “We have a great fear these days that the epidemic will rapidly spread because of people’s lack of commitment to the measures,” she said.

Lebanese health officials have reported 741 infections and a death toll of 25.

Firas Abiad, director-general of the Rafik Hariri University Hospital in Beirut, said the virus appeared under control and that “cautious optimism is justified.”

“The economic consequences of containing the virus are proving more harmful than the virus itself,” he added on Twitter.

The partial lockdown has compounded Lebanon's financial crisis and prompted anti-government protesters to return to the streets over the local currency’s plunge in value and high unemployment.