An overnight curfew and other restrictions will run through Feb. 1. 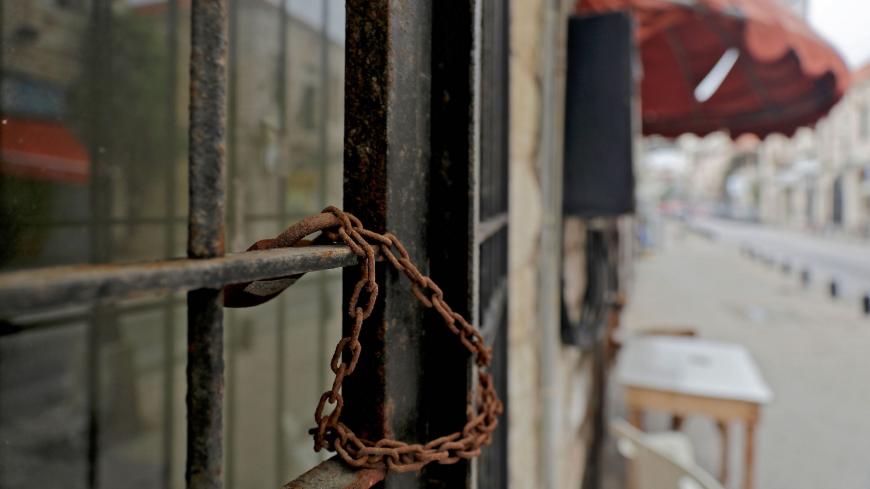 A picture shows a closed shop in the city of Jounieh north of Beirut on Dec. 1, 2020.

The restrictions, which include a curfew between 6:00 p.m. to 5:00 a.m., will last through Feb. 1, Health Minister Hamad Hasan said on Monday.

“It has become clear that the pandemic challenge has reached a stage that is seriously threatening Lebanese lives as hospitals are not capable of providing beds,” Hasan told reporters, adding that the coronavirus ministerial committee unanimously agreed on the necessity of the latest lockdown.

Interior Minister Mohamed Fehmi said Lebanon will again limit the number of cars permitted on the road by alternating even and odd license plate numbers. The government will also seek to reduce the number of people returning from abroad, he said.

The Ministry of Public Health announced 13 deaths and 2,861 new cases of the virus on Monday. Lebanon, with a population of some six million, has recorded 192,139 infections since its initial outbreak in February.

The small Mediterranean country imposed a lockdown in March, during which citizens and residents could leave their homes only for food and essentials. In November, Lebanon implemented a two-week lockdown as the availability of hospital beds waned and the caseload spiked.

The restrictions have further squeezed cash-strapped Lebanon months after a massive explosion in Beirut gutted much of the capital and caused billions of dollars in damage. Before the pandemic, unemployment hovered around 25% and a collapsing currency had left nearly a third of the population living below the poverty line.