Jordan's stock market resumed trading after a two-month shutdown amid the coronavirus crisis, but stocks continued to fall. 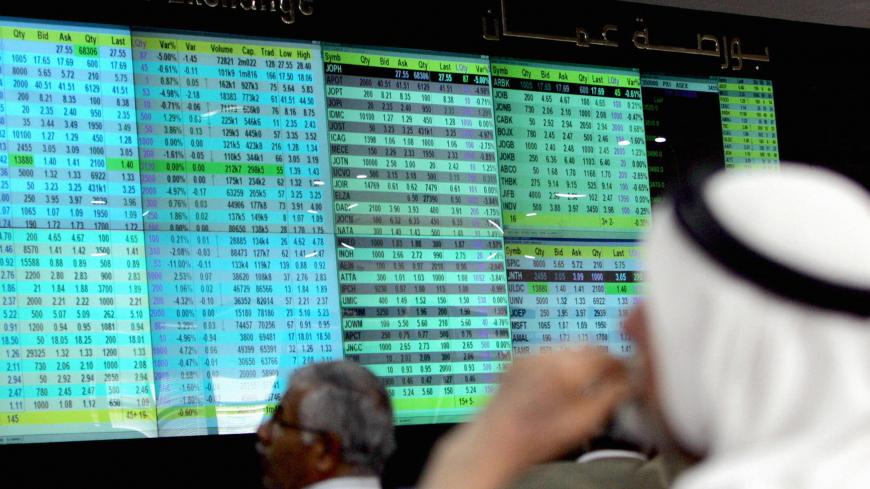 Jordan’s security and exchange commission suspended the market March 16 to prevent further falls during the coronavirus crisis in the country, but reopened it Sunday, according to Reuters. Jordan had one of the strictest lockdowns in the world, which helped mitigate COVID-19’s spread but significantly damaged the economy.

The market continued to fall after the reopening, with the value of the companies on the Amman stock exchange falling by 297.5 million Jordanian dinars (around $420 million). This is a drop of 2.3% in the market’s total value, according to the state-funded Al-Mamlaka TV.

Jordan is in the process of reopening its economy following the lockdown. Late last month, the Hashemite kingdom allowed people to drive again and businesses to reopen.

Jordan boasts stability and security, unlike its neighbors in Iraq and Syria. However, there is popular discontent with the cost of living in the country. Jordan is also not oil-rich like its southern neighbors in the Gulf. The drop in global oil prices may force some Jordanians in the Gulf, who send money back home, to return to the country due to job losses there.

Jordan’s total shutdown of its stock market was a rare event, as only a few countries around the world did this. The closure hurt Jordan’s credibility vis-a-vis foreign investment, according to Reuters.