Jordan has had relatively few COVID-19 cases, but some citizens are upset at the damage to the economy during the pandemic and accompanying restrictions. 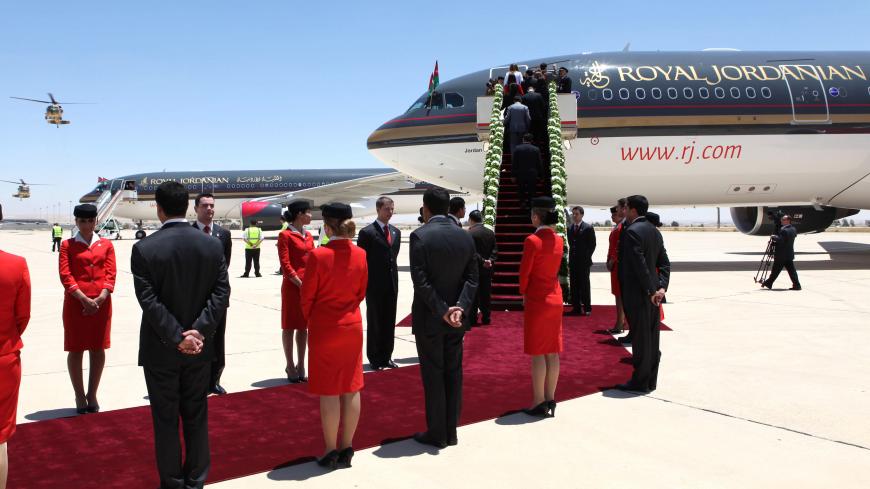 Jordanian flight attendants participate in a special ceremony to receive two new Airbus A330-200 acquired by the state carrier Royal Jordanian at Queen Alia International Airport in Amman on May 24, 2010. - KHALIL MAZRAAWI/AFP via Getty Images

Jordan will open its international airport next month, according to the state-run news agency. It is the latest sign the Hashemite Kingdom is opening back up amid its success fighting COVID-19.

The airport will accept flights from countries where the virus risk is relatively low, such as Germany, Italy, Greece, Cyprus and Thailand. Jordanians will continue to be repatriated and there will be health-related restrictions in place one the airport opens, including possible health checks for arriving passengers, said Adaileh.

The Jordanian government wants to reopen the country for tourism as revenues from the sector have plummeted during the pandemic. Jordan received a “Safe Travels” stamp from the World Travel and Tourism Council this month.

The news of the airport’s reopening follows the lifting of other restrictions. In June, the government allowed domestic tourism to resume with the reopening of hotels and restaurants among other measures.

Jordan has been hailed for its success in fighting the coronavirus. The country has only registered around 1,200 cases — far fewer than its neighbors in Israel, Iraq and the Gulf. However, some Jordanians are critical of the economic impacts of the restrictions the government imposed.

Many countries in the Middle East closed their airports to most flights amid the crisis, but several have since reopened. Lebanon and Sudan both reopened their airports for international passenger flights in July.