Iranian tankers appear to be en route to Venezuela

The United States has called for shipments between the two sanctioned countries to stop. 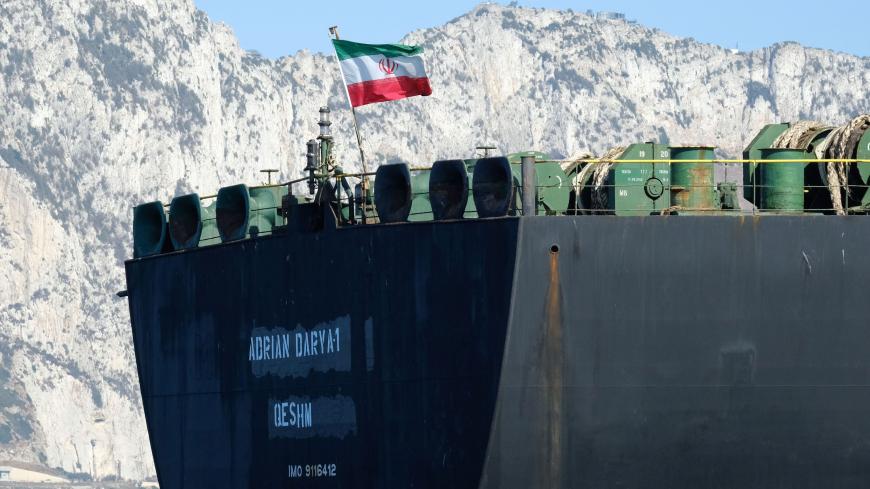 An Iranian flag flutters from the Adrian Darya-1 oil tanker, formerly known as the Grace 1, off the coast of Gibraltar, Aug. 18, 2019. - JOHNNY BUGEJA/AFP via Getty Images

Up to five Iranian-flagged vessels are carrying gasoline to Venezuela despite US sanctions and pressure on both countries.

Iran and Venezuela have had strong relations for years, in part due to both of their hostile relations with the United States. Both countries help each other maintain trade in the face of US sanctions.

Venezuela was once Latin America’s largest oil producer, but years of political and economic chaos have left the industry in ruins. The instability in Venezuela, where the United States supports an opposition government trying to take power, has led to a need for gasoline at present.

The five Iranian ships are the Clavel, the Forest, the Faxon, the Fortune and the Petunia. All fly Iran’s flag and were loaded at a gasoline refinery near Bandar Abbas, Iran, according to The Associated Press.

All the ships are heading west toward the Americas, according to data from marinetraffic.com. Their locations on Monday were as follows:

Iran-Venezuela ties have come under pressure from the United States recently. US Secretary of State Mike Pompeo last month called for the flights to Venezuela of the Iranian airline Mahan Air to be halted, saying they were being used to support the government of embattled Venezuelan President Nicolas Maduro. The United States has indicted Maduro on drug charges.

Iran has warned the United States not to interfere with any of its vessels.

“The US itself will have to suffer the repercussions that arise out of any unthinking measure against the Iranian vessels,” an Iranian Foreign Ministry spokesman said today, according to the Iranian state news outlet Press TV.

This is not the first time Iranian fuel ships have come under US and international pressure. Last year, the United Kingdom seized a Syria-bound Iranian tanker near Gibraltar due to European Union sanctions on fuel shipments to Syria. The tanker, then named the Grace 1, was later released — despite US objections.