Other Iranian ships are bringing fuel to and from the South American country, despite a US seizure of such vessels in August. 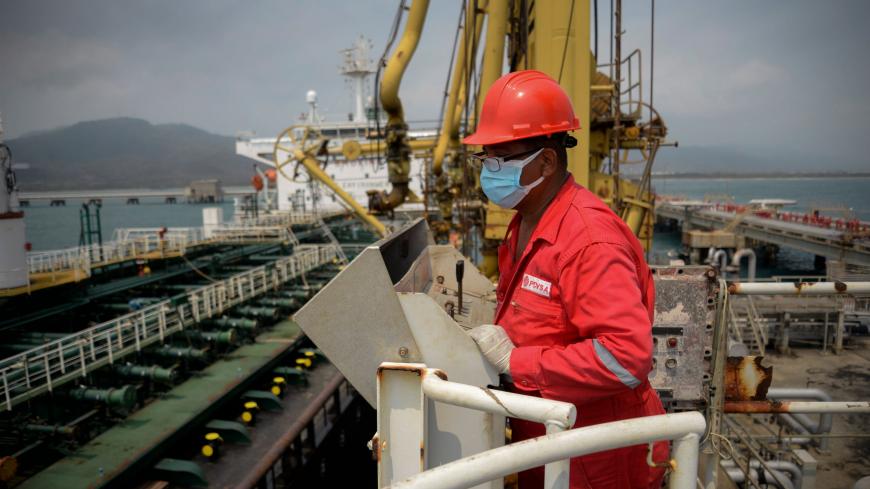 A worker of the Venezuelan state oil company PDVSA looks at the Iranian-flagged oil tanker Fortune as it docks at El Palito refinery in Puerto Cabello in the northern state of Carabobo, Venezuela, on May 25, 2020. The first of five Iranian tankers carrying much-needed gasoline and oil derivatives docked in Venezuela amid concern in Washington over the burgeoning relationship between countries it sees as international pariahs. Earlier this month, the Fortune was reported to be on what appears to be a return trip to Venezuela. - AFP via Getty Images

An Iranian tanker is close to reaching Venezuela, ship tracking data has revealed. It is one of several Iranian vessels facilitating fuel deals with the crisis-stricken South American country in the face of US sanctions.

The Iran-flagged tanker Forest sent out a signal from the Caribbean Sea off of Venezuela’s northern coast Monday, according to the website Marine Traffic.

There are other Iranian ships that are possibly en route to Venezuela. The tanker Fortune departed from the United Arab Emirates and sailed west around southern Africa toward South America earlier this month. This lengthy route could be to avoid the US and allied military presence in the Mediterranean.

Iran and Venezuela have a strong economic and political relationship due to their shared tensions with the United States. Washington has placed sanctions on both nations, including their oil industries. US efforts have made it difficult for Iran and Venezuela, both major energy producers, to sell their oil abroad. Venezuela’s oil industry in particular has fallen into disarray due to mismanagement and instability, along with the sanctions. This has created a need for Iranian imports.

Iran-Venezuela economic and political ties have continued as usual since the seizure, as evidenced by the journeys of the Forest and the Honey to Venezuela. Venezuelan President Nicolas Maduro called Iran a brother country in a Monday tweet.