Iran sent three tankers carrying more than 800,000 barrels of fuel to the South American country, successfully evading US sanctions in the process. 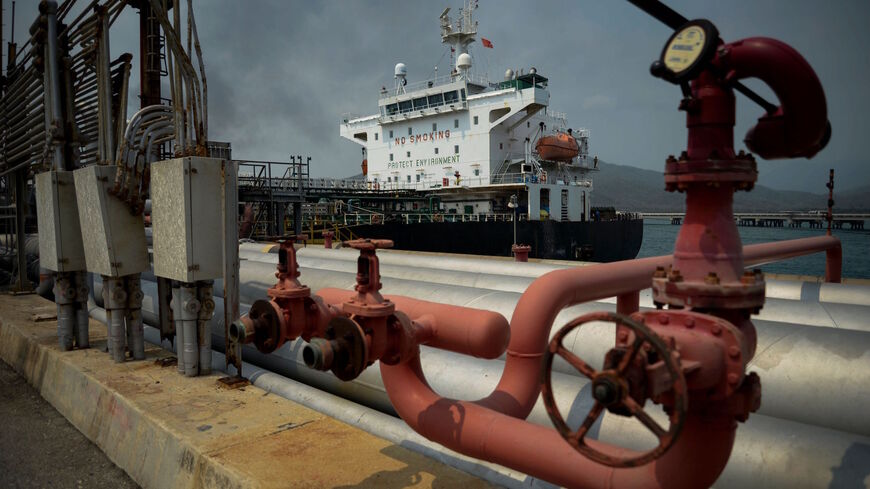 The Iranian-flagged oil tanker Fortune is docked at the El Palito refinery after its arrival to Puerto Cabello in the northern state of Carabobo, Venezuela, on May 25, 2020. - AFP via Getty Images

The final fuel tanker in a series of Iranian ships has reached Venezuela. The safe arrival of the fuel is a success for Iran and its South American ally amid continued pressure from the United States.

The Iran-flagged tanker Faxon docked in Venezuela’s Puerto La Cruz port on Sunday, according to data from the Marine Traffic website.

Earlier last week, two other Iranian fuel tankers reached Venezuela. Together, the three tankers brought more than 800,000 barrels of fuel to the country.

Venezuela is suffering from gasoline shortages. Though it has a wealth of oil reserves and is a member of the Organization of Petroleum Exporting Countries, Venezuela’s oil refining industry, which turns oil into usable materials such as gasoline, has fallen into disarray, in part due to underinvestment and lack of maintenance.

Harsh US sanctions prevent Venezuela, which has a socialist government that Washington opposes, from importing fuel from many countries. Iran must also contend with US pressure and sanctions when selling its fuel internationally. As a result, the Islamic Republic has stepped up to meet Venezuela’s energy needs and the two have developed a strong political and economic relationship.

The tankers’ delivery shows Iran is still able to conclude fuel deals with Venezuela. In August, the United States seized a group ships for allegedly bringing Iranian fuel to the country. The owners of the tankers challenged the move in court but did not complete their shipment. Faxon and the other two tankers arrived without US interference this time.