Iran claims it circumvents US sanctions with shipments to Venezuela 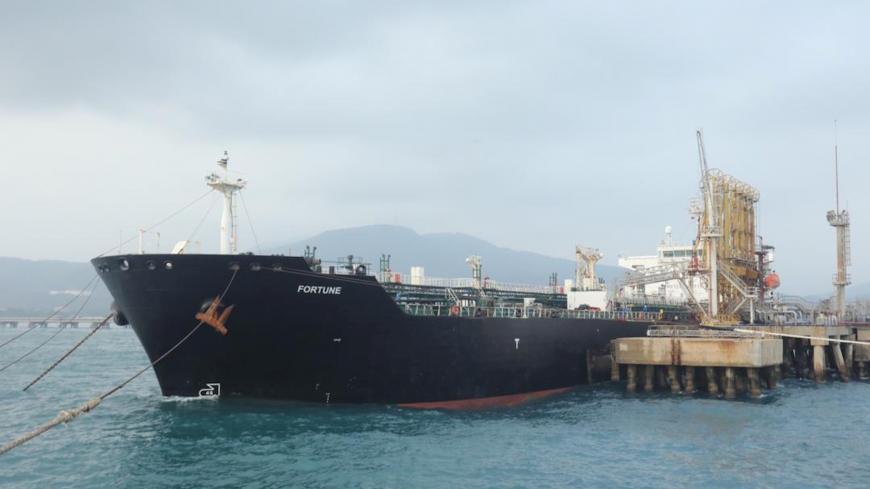 In open defiance of the US “maximum pressure” policy, a second Iranian tanker has arrived in the Venezuelan port of El Palito. The tanker Forest was second in a flotilla of five, carrying a total of 1.5 million barrels of gasoline and other petrochemical products to the Latin American nation grappling with hyperinflation. The United States had earlier announced it was considering measures to block the deal by the two nations that both suffer from severe American sanctions.

Escorted by the Venezuelan navy and air force, the first vessel, the Fortune, docked in the same port earlier this week. A third vessel is expected to reach Venezuelan shores May 27.

Apart from American sanctions aimed at zeroing out the two countries’ lifeline oil exports, the economic crises in Iran and Venezuela have been exacerbated by a recent nosedive in global oil prices largely blamed on the coronavirus pandemic.

As Venezuela’s oil minister embraced the captain of the Iran-flagged tanker, patriotic praise inundated Iranian papers and news outlets. Both hard-line and Reformist dailies asserted that the delivery had successfully circumvented US sanctions and “humiliated America.” According to the daily Javan — owned by the Islamic Revolutionary Guard Corps (IRGC) — the arrival of the vessel was a show of Iranian “might under the nose of America” after it navigated though international waters, smoothly passing through the UK-controlled Strait of Gibraltar without being intercepted.

In a statement last week, the Trump administration denounced support provided by Iran — as well as other allies, namely Cuba, Russia and China — to "the illegitimate and tyrannical regime of Nicolas Maduro," noting that the maximum pressure campaign "will continue until Maduro's hold on Venezuela is over."

Iranian President Hassan Rouhani made it clear last week that any US measure to halt the shipments would not go unanswered and “we will act in reciprocation” if Iranian tankers face any problem, be it in the Caribbean or elsewhere in the world. Foreign Minister Mohammad Javad Zarif complained in a letter to the UN chief Antonio Guterres about US “hegemony” threatening “freedom of international commerce and navigation and the free flow of energy.” In a forward-defense move, the Islamic Republic also summoned the Swiss ambassador to Tehran to relay the Iranian stance regarding any possible American sabotage. The Swiss mission represents the US interests in the Islamic Republic in the absence of diplomatic ties between the two archenemies.

Ahmad Sobhani, a former Iranian ambassador to Caracas, said the US decision not to interfere in the delivery process was a sign that Iran’s “deterrent power” is working. “It gave the United States an understanding about the need to respect its obligations with regard to international free trade and navigation,” Sobhani said in an interview with the conservative paper Farhikhtegan. He said that Iran had demonstrated, in a chain of events over the past year, “both its capability and valor” in confronting the Unite States, and that it is now clear to Washington that “initiating a conflict with Tehran will not be in its best interest.”

US-Iran tensions at sea reached all-time highs in June 2019, when IRGC forces shot down a sophisticated American surveillance drone over the strategic Strait of Hormuz after Tehran said the aircraft had trespassed into Iranian territory. While the United States denied that account, it refrained from any retaliatory response at that time.