A fresh spike in coronavirus transmissions has forced Iranian officials to cancel a state-organized annual march against Israel. 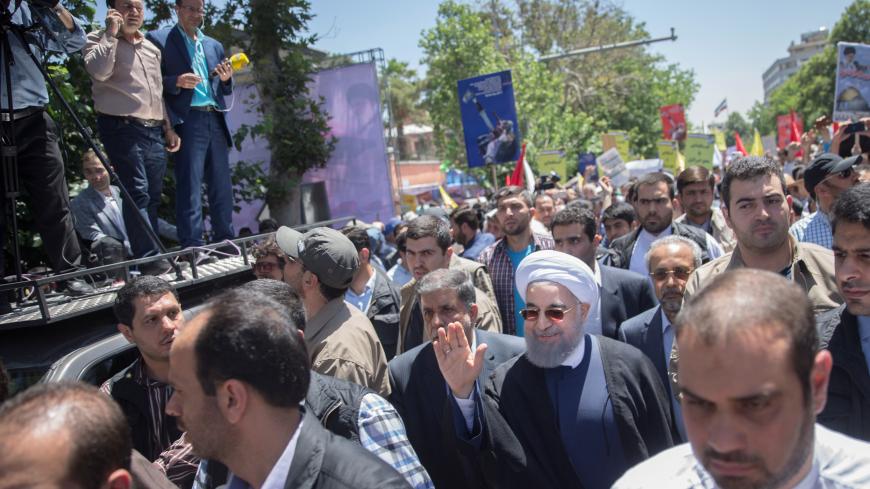 After several days of intense deliberation and modifications of plans, the Iranian government ultimately swallowed the bitter pill and cancelled nationwide anti-Israeli rallies scheduled for May 22.

The powerful Council for Coordination of Islamic Propagation cited worries about fresh spreading of the novel coronavirus that has gripped Iran for three months now. The decision was made after some Iranian provinces reported jumps in new infections following a fleeting period of respite.

The event, known as International Quds Day, has been held in Iran and a few other Muslim nations since 1979 after the founder of the Islamic Republic, Rouhollah Khomeini declared the last Friday of the holy month of Ramadan as a day for all Muslims worldwide to express their rage at Israel and solidarity with Palestinians. The government-sponsored anti-Israel marches have traditionally received extensive state media coverage in Iran.

Several alternate solutions were on the table for this year’s event, including motorcade parades instead of public rallies. However, the authorities are now simply promoting a televised speech by Supreme Leader Ayatollah Ali Khamenei. The Iranian leader is known for issuing stern threats against the Jewish state while repeatedly asserting that the Islamic Republic is not pursuing an anti-Semite agenda. Khamenei predicted in 2015 that “the Zionist regime will not survive beyond the next 25 years.”

The tough decision to abandon such politically significant rallies signaled the extent to which the coronavirus is impacting the Islamic Republic. Similarly, the government had to impose a more than two-month shutdown on mosques and holy shrines nationwide. Many of those religious centers have now reopened, albeit with strict precautionary measures. In its latest measure to mitigate the spread of the sickness in religious gatherings, the government has declared that Eid al-Fitr prayers marking the end of Ramadan this weekend will be held only in low-risk areas designated as “white spots.”

Yet despite the serious alarms sounded by health experts, Iranian officials are poised to reopen some high-risk businesses including hotels and restaurants after the end of Ramadan. The virus has already infected some 125,000 Iranians, over 1,700 of them confirmed dead. While 10 out of 31 provinces reported zero fatalities May 19, the southwestern province of Khuzestan continued to witness a worrying upsurge.

Nonetheless, Iranian authorities claim that they are on the right track battling the disease. Government spokesman Ali Rabiee told a press briefing Monday that next to China and Switzerland, Iran has recorded a top recovery rate and that it has already “controlled and managed” the outbreak.

Elsewhere, addressing the 73rd World Health Assembly via teleconference, Health Minister Saeed Namaki promoted his country’s response “as a successful example for the world.” Namaki compared individual nations' battle against the coronavirus to a sports match in which Iran’s score is well above that of the United States.